Every year, extra-long drift nets kill literally tons of incidentally caught marine animals - or bycatch. As long as illegal fishing goes on, the carnage will continue. But one group has taken matters into its own hands.

According to WWF, the incidental catch of unwanted animals on the sea - known as bycatch - translates into one death every two minutes for small whales, dolphins and porpoises.

Bycatch threatens 26 species of seabirds; is behind about half of global shark catch; includes hundreds of thousands of sea turtles; and even harms the world's coral reefs, through bottom trawling.

The use of drift nets is one of the major sources of bycatch.

Starting in January 2016 - as the result of finding hundreds of marine animals slaughtered in a single illegal drift net on the South Indian Ocean (see gallery above) - Sea Shepherd initiated its "Operation Driftnet" campaign.

"We want to shut down illegal fishing, and provide information to the authorities to prosecute the owners of the vessels," Siddharth Chakravarty, captain of the Sea Shepherd vessel "Steve Irwin," told DW. 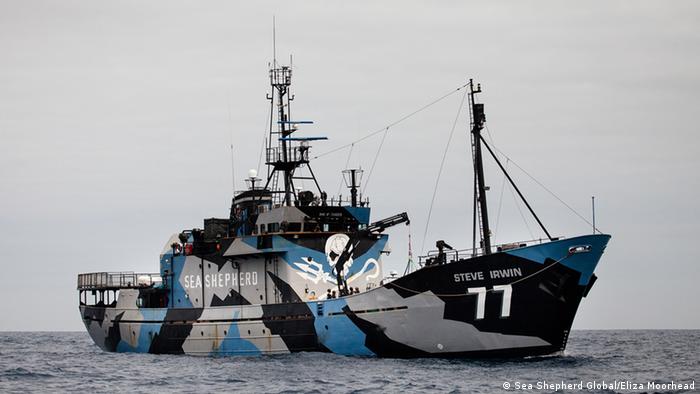 But several factors make it difficult to battle illegal bycatch.

While patrolling the South Indian Ocean in January 2016, Sea Shepherd intercepted Chinese-flagged vessels practicing illegal fishing; one of them even dropped a drift net and fled the scene, Chakravarty said.

Drift netting consists of fishing nets set vertically in the water with buoyant floats along the top of the net, and a weighted lead line along the bottom.

Fish and any other marine animals in the net zone are caught while swimming along, and fishermen later recover the drifting net.

In an attempt to control the negative impacts of drift nets, the United Nations in 1992 banned the use of drift nets longer than 2.5 kilometers. However, Captain Siddharth estimates the drift nets used nowadays are up to 20 kilometers long. 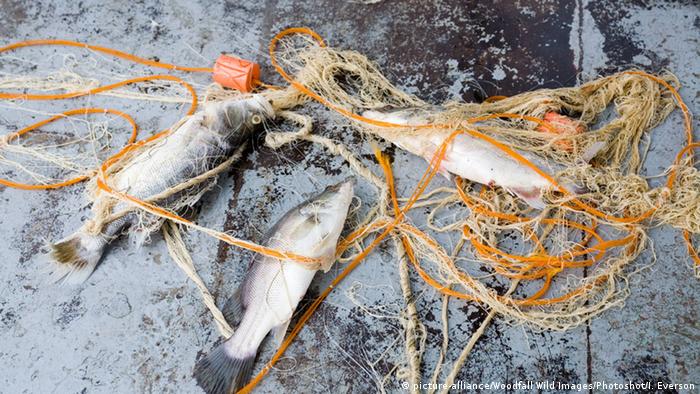 Drift nets are often abandoned in the oceans

Drift nets became a popular commercial fishing method due to cost effectiveness: Large amounts of fish are caught at once, maximizing the time and efforts of fishermen. And the bigger the net, the bigger the catch.

"During the past two decades, drift nets and gill nets more generally have undergone a revival in their use, especially in traditional and modern small-scale fisheries," wrote the United Nations Food and Agriculture Organization (FAO) in a report.

Such nets "are relatively cheap and easy to use, principally because relatively low-powered vessels can be used to deploy them - which make them fuel-efficient," the report continues.

However, in the same report, FAO explains that drift netting may also harm fishermen's work. 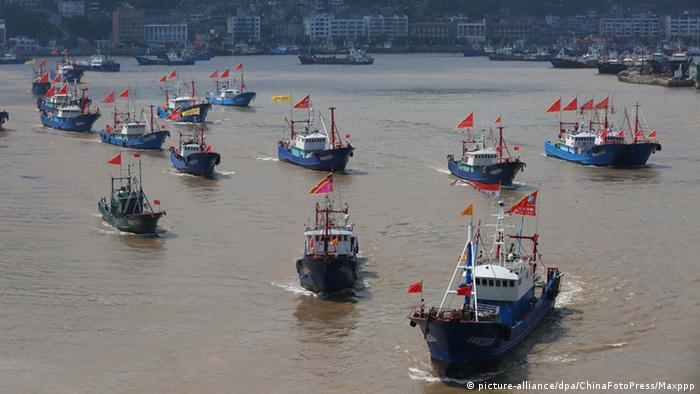 On international waters, the jurisdiction of the flag state prevails

Drift nets create uneven footing in competition with other fisheries, while bycatch - as well as fish that fall from the net before being hauled aboard - result in a waste of resources.

In addition, what one boat considers bycatch may be valued by other fisheries, creating further conflicts.

"International regulations are outdated, and the damage is still going on," said Chakravarty.

Sea Shepherd uses its small fleet to block the vessels' operations and impede the deployment of drift nets. But Chakravarty says if international laws are not updated and governments do not prosecute illegal fishing, drift netting will mean feast today, famine tomorrow.

Vessels on the high sea are generally under the jurisdiction of the flag state. In this case, China would be the authority responsible for prosecuting the illegal fishing.

Political will and high-seas governance

Reducing bycatch would depend on enforcing international rules - like the ban on extra-long drift nets. This boils down to political will - and governance.

Indeed, according to the Global Ocean Commission, "the existing high seas governance framework is weak, fragmented and poorly implemented."

For its part, China's foreign ministry spokesperson Hua Chunying said at a press conference in March 2016 that "China is consistently against illegal fishing." However, the country's connection to illegal fishing has attracted the attention of international headlines over past months.

"The Chinese government, as UN member, has the responsibility to investigate and prosecute the owners of the vessels," Chakravarty said.

Sea Shepherd's gathering of evidence will be used to put official accusations into place. "But that takes time," Chakravarty explained.

"Meanwhile, we will act directly against illegal fishing."

One boat against an ocean of illegal fishing