A speed camera in the small German town of Bocholt caught a pigeon swooping past well above the limit in a 30 kilometer-per-hour zone. The incident didn't ruffle enough feathers to warrant a major investigation. 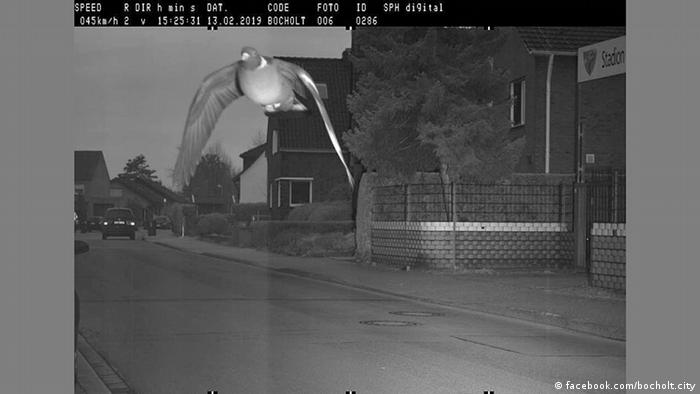 The northwestern German town of Bocholt has posted a speed camera photo on Facebook showing a pigeon zooming by at 45 kilometers per hour (28 miles per hour) — 15 kilometers over the limit.

The photo came to light months after being taken in February, when it was shared on Bocholt's community Facebook page.

The city's press office told Germany's dpa news agency that, since then, it had been overwhelmed with media inquiries about the bird.

"Whether, and more particularly how the speedy bird can be made to pay the €25 ($28) speeding fine remains to be seen," the post said. However, the city administration was understood not to be appealing for witnesses.

The science of migratory birds

As spring begins we can hear the birds returning from winter. But why do they migrate? Are they coming back early this year? And why are they so loud? (07.03.2019)