The science of migratory birds

As spring begins we can hear the birds returning from winter. But why do they migrate? Are they coming back early this year? And why are they so loud? 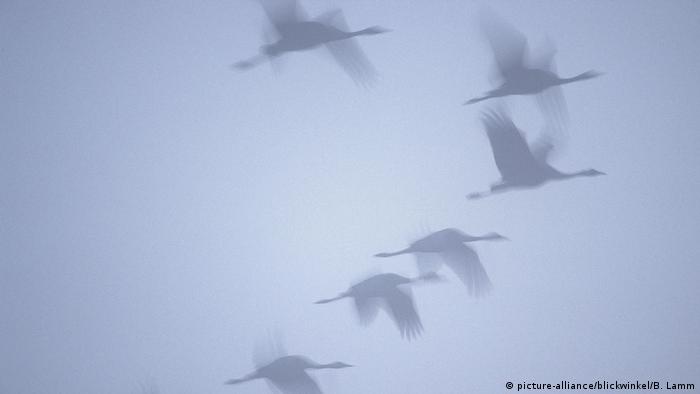 Is it a bird? Is it a plane? Just birds actually, migrating ones. They're gradually returning from their winter cabins flying in V and 1 formations. This year, we were only halfway through winter when the first ones arrived, but the German Nature Conservation Society (NABU) said this was "not unusual” and happened last year too.

Why are some migratory birds returning so early?

We hate to disappoint you: It doesn't mean that spring is almost just around the corner. The reason for the early return is that the hatchery is first-come-first-served, so nobody wants to get there late, and if winter comes back the cranes can move to warmer climes in a few days.

However, researchers at the Max Planck Institute for Ornithology have also found that long-distance migrations are going out of fashion. As birds become more comfortable with the changing climate, they shorten their travel distance and adapt their destinations. They have conducted a large-scale experiment over the years with more than 3000 Eurasian blackcaps. The scientists' study has shown that the genetically determined migratory urge of birds or the so-called migratory restlessness changes and that migratory birds first travel shorter distances within a few generations and later no longer migrate at all.

Frequent flyers often cross entire continents on their way from their breeding grounds to their food-rich winter quarters. Striped geese, for example, leave their wintering grounds in India in spring and fly north to breed in Central Asia. On their journey, they have to cross the Himalayas at an altitude of over 7000 metres. And the Alpine Swift has extraordinary endurance: the migratory bird can fly almost continuously for up to seven months - even while sleeping.

So why do migratory birds put the strain on themselves?

It's quite simple: it's primarily the food supply that determines the birds' migration, not the temperature. Who likes to look for a few insects and seeds in ice and snow with little promise of success?

Only the resident birds remain where they are. Even in winter. Because they are grain eaters and carnivores, and are not necessarily dependent on insects. Typical species in Germany are the blue tit, the blackbird, the great tit and the house sparrow.

The white stork, which winters in Central Africa, is one of the 80 species of long-distance migrators. It continues to find insects there that do not exist in Germany in winter. Their departure and arrival times often differ by only a few days in successive years. 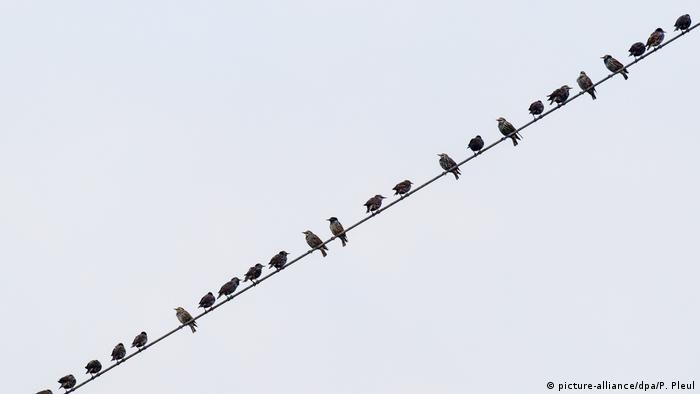 And why not just stay in the warm south?

The warm south sometimes also means a hot, dry summer. Which - in terms of food supply - is not necessarily beneficial. This is why birds return north in spring to take advantage of the abundant food supply to raise their young. In addition, migratory birds have to share their winter habitats with native bird species, including what is on the table.

The cranes, recognizable for their loud trumpets, can hardly wait to return, staying to breed in Germany or just passing through en route to Scandinavia.

Can migratory birds get lost?

No — not really. Most have a phenomenal sense of direction.

And yet "migrating birds sometimes do get lost," writes William Young, bird-watcher and author of " The Fascination of Birds: From the Albatross to the Yellowthroat."

No one is sure why exactly this happens. Some of these lost birds might have something wrong with their internal sense of navigation. Some of them might get thrown off-course by unusual weather. Many are migrating for the first time. For whatever reason, it does happen.

But still, we can only dream of having the sense of orientation of most migratory birds, which effectively have three compasses: the sun, the stars, and the magnetic field.

Unlike us, these birds can see the direction of sunlight, so they know where the sun is even on cloudy days. Birds migrating at night, on the other hand, orient themselves by the position of the stars.

Crucially, they are also able to perceive the magnetic field lines of the earth. Migratory birds can recognize whether they are flying towards the poles or the equators.

This makes the orientation and navigation of migratory birds a complex interplay of many factors. On the one hand, innate mechanisms play a role, but also the many years of experience of birds. For example, the first migration of young birds is still exclusively controlled by the genetic programme.

Later, more and more experience will be gained over the years and migratory movements. This increases the probability of reaching the wintering grounds or hatchery safely and more quickly, according to the German Wildlife Foundation. 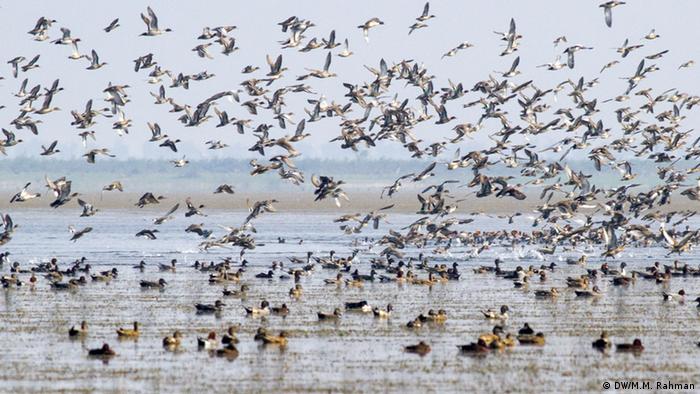 Why the formation flight?

Not all birds fly in formation or in shoals. The cuckoo, for example, flies solo. Others prefer to set off together in large flocks, for example the starlings and swallows. Geese, pelicans, storks and other larger migratory birds fly in a straight line, a chain, or the so-called V-Formation, also called wedge-formation.

The reason for this is simple: aerodynamics. The birds want to save energy. The leading bird at the top sometimes has the most strenuous job, while the rest of the group benefits from the slipstream of its leader. But this pole position would be too strenuous in the long run. That's why there are regular changes at the top.

Last but not least: Why the noise?

Since the migratory bird travel group is not sitting together in the car or train, it has to make sure that everyone stays together. And since physical contact is difficult during the flight, there is chattering and cawing. But not all migratory birds make such a racket.

Cranes and geese in particular coordinate their travels so that the flock retains its shape and no member gets lost.