Pelosi says US needs NATO 'more than ever'

The US speaker of the house has stood strong against Donald Trump at home. As part of a cross-party delegation in Europe, she outlined a markedly different view of America's commitment to the trans-Atlantic alliance. 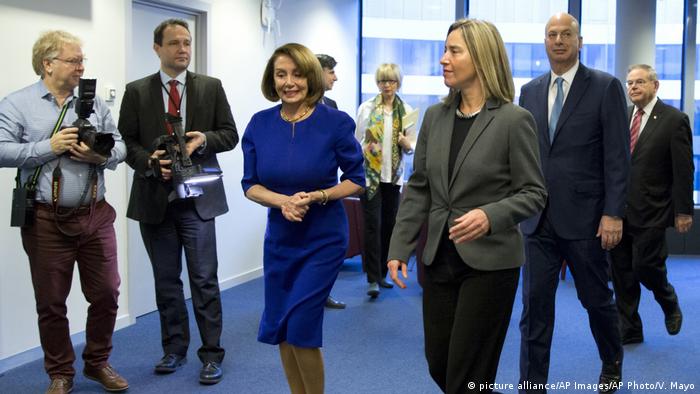 US Speaker of the House Nancy Pelosi delivered a news conference Tuesday at NATO headquarters in Brussels as part of her visit to Europe with fellow congress members from both the Republican and Democratic parties.

She emphasized the United States' commitment to the trans-Atlantic relationship, in contrast with recent comments from President Donald Trump.

Pelosi: US committed to NATO

A statement issued by Mogherini's office said the two had "confirmed the crucial importance of maintaining a strong transatlantic partnership through continued cooperation and dialogue in a wide array of fields, such as trade or climate change and also human rights." They also discussed foreign policy developments in Venezuela, Afghanistan and Ukraine, among others.

Who is Nancy Pelosi?

Pelosi is the number one congressional Democrat and the most powerful leader of opposition to Trump. She was in Brussels following her visit to the Munich Security Conference on world security. A previously scheduled visit had to be canceled after Trump denied her use of government aircrafts amid the January spat surrounding the annual state of the union address and the government shutdown. 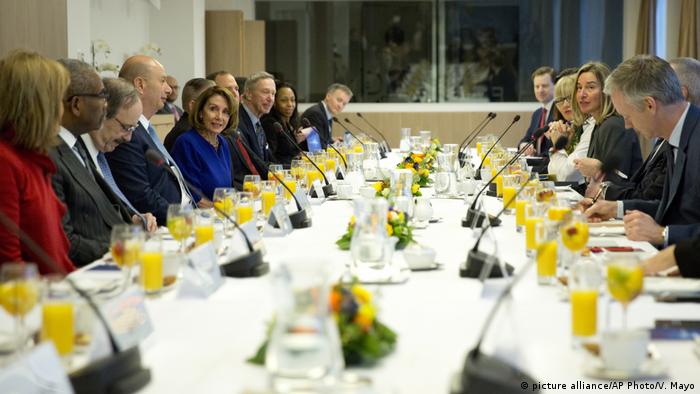 The trans-Atlantic relationship, which includes the NATO military alliance that arose out of WWII, has suffered under the Trump's presidency. His "America First" policies have led to a number of unilateral US actions that have weakened international agreements based on the multinational consensus, such as exiting the Iran nuclear deal and the related threat of US sanctions and  suspending US participation in the anti-nuclear INF Treaty. With particular respect to NATO, Trump has criticized other member nations for failing to meet the alliance's nonbinding call on members to spend 2 percent of GDP on defense. 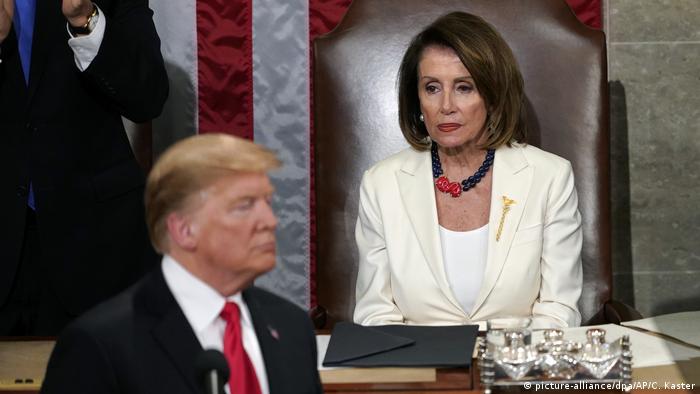 Nancy Pelosi won round one in what is widely seen as the quintessential political showdown after Donald Trump conceded to postponing the State of the Union. It may not be his last loss, predict people who know her. (25.01.2019)