Nancy Pelosi has been elected Speaker of the House for a second time. The November mid-term elections saw Democrats win a large majority in the House and this is sure to change the dynamic in Washington. 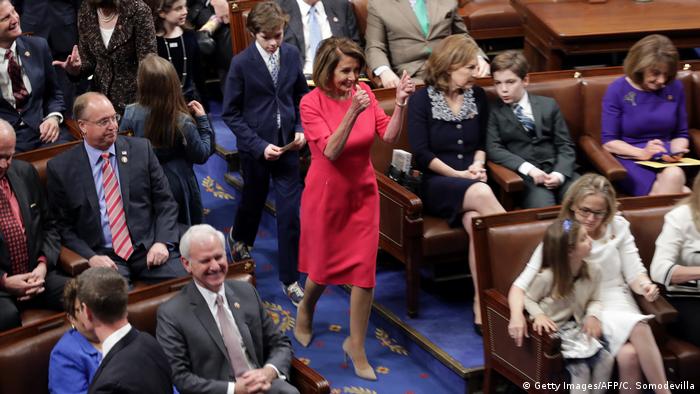 In Washington DC, the House and the Senate have convened for the 116th Congress. As its first order of business, the clerk of the House rapped the gavel to signal the chamber was in session, with 235 Democrats and 199 Republicans reciting the Pledge of Allegiance.

California Congresswoman Nancy Pelosi was elected Speaker of the House 220-192, making her third in line to the presidency. In her first speech of the session, she said the work ahead would be tough.

"We have no illusions that our work will be easy, that all of us in this chamber will always agree," Pelosi said after accepting the speaker's gavel. "But let each of us pledge that when we disagree, we will respect each other and we will respect the truth."

Pelosi also touched on the economy and health care.

"This House will be for the people," she said, outlining an agenda "to lower health costs and prescription drugs prices, and protect people with pre-existing conditions; to increase paychecks by rebuilding America with green and modern infrastructure — from sea to shining sea."

The overwhelming number of Democrats who won seats in the House in the November elections marks a dramatic power shift and the end of Trump's one-party rule in Washington.

But while the "blue wave" swept dozens of House Republicans out of Congress last November, Trump's party managed to modestly expand its majority in the Senate to 53-47, meaning Washington's gridlock is almost certain to deepen.

Meanwhile, a partial federal government shutdown over Trump's insistence that lawmakers fund a southern border wall neared the two-week mark. The US president continues to stick to his demand that Congress approve a $5-billion (€4.4-billion) plan to construct a US-Mexico border wall aimed at thwarting illegal immigration.

On Thursday, the House of Representatives, the lower chamber of US Congress, voted on a package of bills that would partially reopen the government. The two-part package would also fund the Department of Homeland Security until February 8.

The White House has already issued a veto threat to the bill package, but neither that threat nor comments from Senate Republicans that the upper house of US Congress would not vote on a bill that did not have the president's support deterred the Democrats from passing the legislation in the House.

This will be the most diverse Congress in history. One hundred House first-term senators will take the oath of office, including New York's Alexandria Ocasio-Cortez, who at 29 is the youngest woman ever elected to Congress. 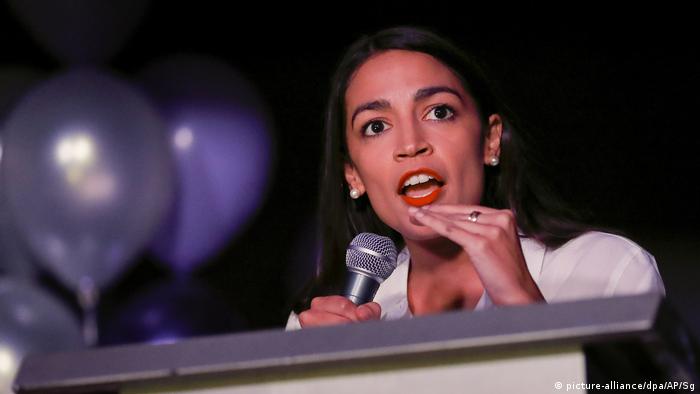 Women will make up a record one in four members of Congress, with 102 women set to serve in the incoming House of Representatives.

Pelosi has faced pressure from some incoming Democrats who have been willing to talk about the possibility of impeachment proceedings against Trump.

She has called impeachment a "divisive activity," and Democrats were cautious about mentioning the "I'' word during the 2018 midterms for fear it would backfire politically.

However, Pelosi did not shy away from it Thursday in an interview airing on NBC's "Today" show.

Only the House can begin impeachment proceedings.