Scholar Allan Lichtman defied mainstream wisdom by forecasting early on that Donald Trump would win the 2016 presidential election. In an interview with DW, he now predicts that the president will be impeached next year. 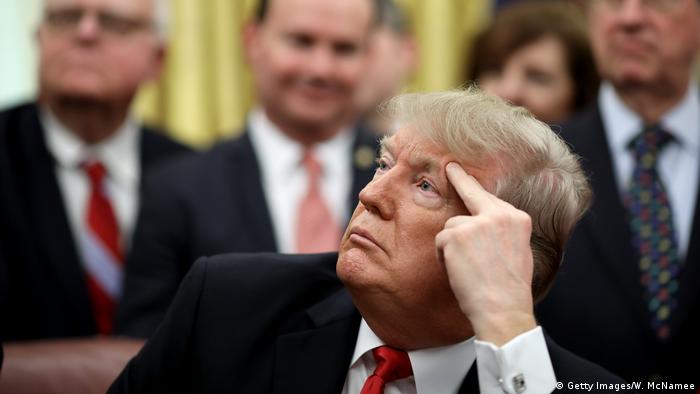 The US president's basic conduct and politics are unlikely to change in 2019, but the new Democrat-controlled House of Representatives, coupled with the Russia investigation led by special counsel Robert Mueller, will lead to the impeachment of Donald Trump, predicts Allan Lichtman.

"I think it's more likely than not he will get impeached," the American University professor told DW.

After previously predicting 30 years of presidential elections correctly, Lichtman became a media phenomenon when he — against mainstream wisdom — predicted early on that Trump would win in 2016.

Now Lichtman is convinced that as of 2019, and for the remainder of his term, Trump will be engaged in a fight to remain in office — a fight he may well lose.

Read more: Post-midterm outlook: 'It's going to be crazy'

That's because until now, Trump could rely on a Republican-controlled Congress to shield him from impeachment or removal-from-office proceedings — essentially a political trial process — which can be triggered by a single majority vote in the House of Representatives. That process has long been a hot topic among the president's opponents in the Democratic Party, and in the wake of the midterm elections that flipped the House, Democrats will hold a solid a majority in 2019.

As soon as the new Democratic-run House convenes on January 3 next year, impeaching Trump moves from theory to reality. And while top Democrats have so far routinely downplayed calls for impeachment by the so-called anti-Trump resistance movement and by lawmakers demanding a more aggressive stance against the president, the pressure to act could force the party's leaders to pursue it. 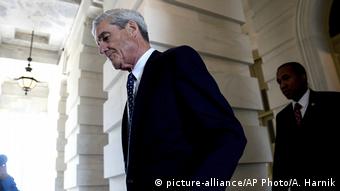 "If Mueller comes up with some devastating findings, the Democratic base will demand impeachment," said Lichtman. "I think [Trump] is in grave peril from the Mueller probe."

He added that he believes that Mueller will issue more indictments and reveal even more damaging information linking people from Trump's inner circle to Russia, thus proving a conspiracy to rig the election and undermine democracy.

"I can't believe [Mueller] has been working all this time just to say: Sorry, nothing to see here," said Lichtman. "I think there are going to be some very serious findings from Mueller directly tying the Trump campaign to the Russians."

What's more, he noted, it is not just the Mueller probe that Trump has to worry about. There are also the various other criminal investigations that extend down to the state level, including one by New York's aggressive attorney general and another by the attorneys general of Maryland and the District of Columbia.

Lichtman is not just convinced that Trump will be impeached. He also sees an increasing likelihood that Trump will actually be ousted from the presidency, which many other political experts still consider unlikely. If the House votes to impeach Trump, removing him from office requires a two-thirds majority vote in the Senate. Republicans still control that body by a 51-49 majority, meaning a substantial number of GOP lawmakers would have to vote to oust a president who is a member of their own party.

Such a scenario is less unrealistic than it sounds, said Lichtman, pointing to the steady drip of incriminating information from the Mueller probe and Trump's conduct in office, which is beginning to take its toll on Republicans — a sentiment backed up by the recent midterm results. With presidential and Congressional elections in which Senate Republicans face a much less favorable electoral map than this year just around the corner in 2020, the GOP may be ready to cut Trump loose. 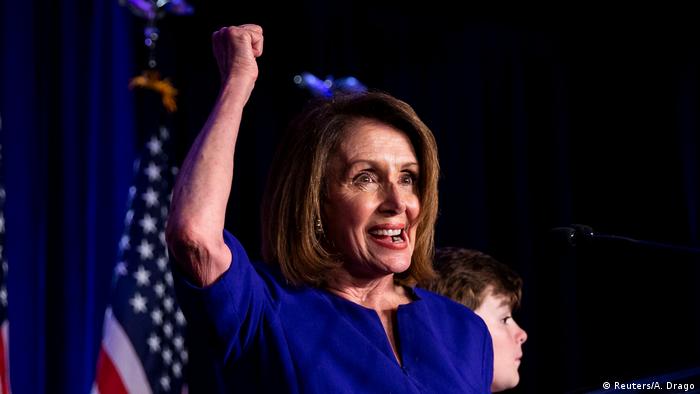 With Democrat Nancy Pelosi set to take over as Speaker of the House, life is going to get much tougher for Trump

"The way in which Trump could be impeached and removed would be if Republicans think he is going to drag them down with him," said Lichtman. "They don't have any personal loyalty to Trump. They are worried about antagonizing his base and losing Republican primaries. But if they think he is going to be a political liability, they may be willing to abandon him."

He viewed Senator Marco Rubio's recent remark that it would be a "terrible mistake" for Trump to pardon his former campaign manager Paul Manafort as an indicator that some influential Republicans may be ready to reconsider their support for the president, should circumstances merit it.

"Republicans supported [Richard] Nixon until the evidence became so overwhelming that he was a tremendous liability to them," said Lichtman, referring to the former GOP president who resigned in 1974 during the Watergate scandal. "I am not saying he won't survive, but I am saying it's unlikely."

And, he added, "let's not forget: if Trump is removed, they don't get Nancy Pelosi as president; they get Mike Pence, someone whom most Republicans in Congress vastly prefer to Trump."