Ambassador Richard Grenell has accused Berlin of failing to meet its defense spending commitments under the alliance. While the German government has backed plans to gradually increase spending, some see it as a waste. 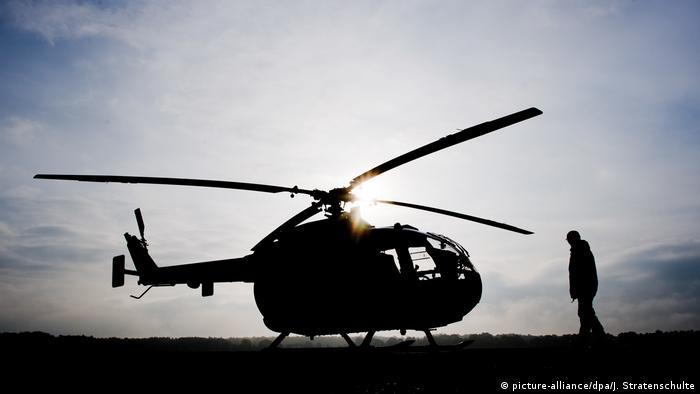 US Ambassador to Germany Richard Grenell on Sunday criticized Germany's pledge to incrementally raise its defense spending to 1.5 percent until 2024 in an interview with German Sunday newspaper Welt am Sonntag.

"Germany's NATO promise to raise defense spending to 1.5 percent is not enough," Grenell said. "Again, it is not US standards that have to be met here but NATO commitments that Berlin has already agreed to. The US is simply reminding its great German ally that now is not the time to undercut or weaken NATO."

Defense spending is a contentious subject that has strained relations between Washington and Berlin since Donald Trump assumed the US presidency in 2016. Trump has repeatedly accused the German government of failing to meet its defense spending commitments.

In 2014, NATO member states agreed to meet the alliance's defense spending target of 2 percent by 2024. The German government has pledged to follow through with its commitment.

But some German politicians are increasingly against it in its current form, saying other factors should be added to the calculation, including humanitarian aid and stabilization programs in conflict zones. Others have suggested alternative routes for Germany.

"I fully understand that the German public wants more domestic spending instead of increasing their military budget," Grenell said in the interview. "The US taxpayer would like to spend more domestically as well. But the US taxpayer is paying for 33,000 US troops in Germany. This debate of domestic spending versus defense is happening in the US too."

Under Trump, the White House has warned NATO allies that it would "moderate" its commitment to the alliance if member states failed to spend more for defense.

"The US is totally committed to NATO," Grenell said. "Donald Trump has made that clear, but he also seeks to improve it. And what is wrong about wanting to fix something that you believe in?"