The parliamentary leader of Germany's largest opposition party has urged the dissolution of the NATO alliance. Her remarks come after US president-elect Donald Trump described it as "obsolete." 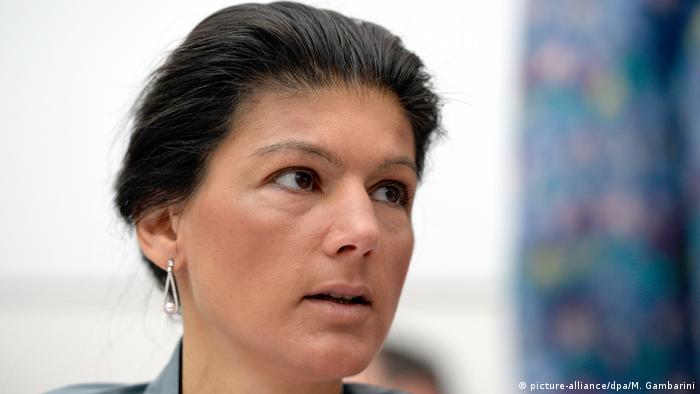 The EU's top diplomat has shrugged off US President-elect Donald Trump's opinions on further breakaways from the bloc. Germany's foreign minister says Trump's criticism of Angela Merkel created a stir in Brussels.

"NATO must be dissolved and replaced by a collective security system including Russia," Wagenknecht told Germany's "Funke" media group.

Wagenknecht, who leads the opposition Left Party in parliament, added that comments made by the future US president "mercilessly reveal the mistakes and failures of the [German] federal government."

In an interview published by German tabloid "Bild," Trump described NATO as an "obsolete" organization.

"I said a long time ago that NATO had problems. Number one it was obsolete, because it was designed many, many years ago," he said.

"We're supposed to protect countries. But a lot of these countries aren't paying what they're supposed to be paying, which I think is very unfair to the United States," Trump added.

Germany's Left Party has previously called for warmer ties with Russia and scrapping the security alliance, measures which appear to be policy concerns for the incoming US administration.