The Pakistani government's plan to plant 10 billion trees has garnered national and international praise. But critics believe that it is an unsustainable and expensive waste of resources. 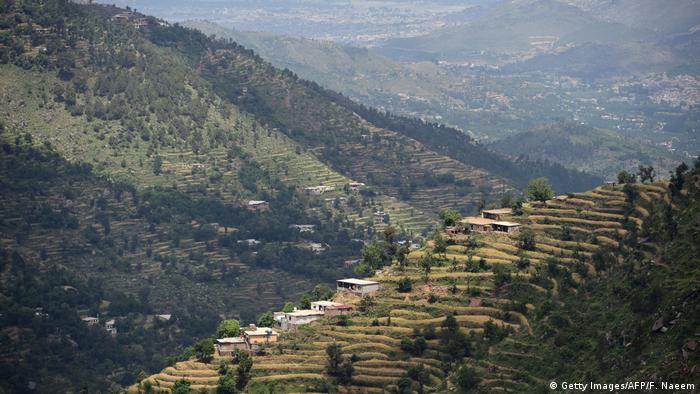 According to government statistics, around 13% of Pakistan is now covered in forest

The Pakistani government claims to have already planted over a billion trees as part of its ambitious plan, as well as having created around 85,000 jobs. Launched in 2019, the project — with support from the United Nations Environment Programme — is aiming to plant 10 billion trees by 2023.

The fifth most populous country in the world with over 24% of its people living in poverty, Pakistan is one of the states most vulnerable to the changing climate. Its growing population needs resources that are depleting fast but given that the country is facing increasingly variable monsoons, receding Himalayan glaciers and extreme events including floods and droughts, meeting those challenges will prove extremely difficult. 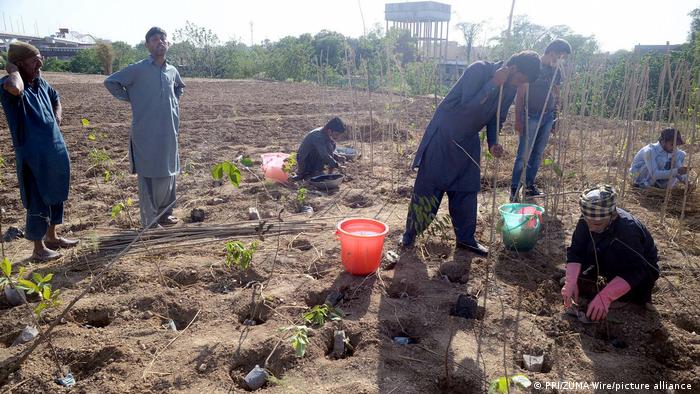 The government has said that it launched the plan to reverse environmental degradation but critics believe that is not the case.

Hassan Abbas, an expert in environmental affairs, says that the plan to plant ten billion trees is being executed without any proper planning. Forests cannot be planted in isolation, he told DW, they need to have a canopy and understory where medicinal and herbal plants may flourish.

Forests as a resource

He explained that saplings have also been planted in places already suffering from water scarcity. This adds to the logistical costs which are coming out of the public coffers.

"It is not experts who are in charge of this project but bureaucrats who know less about forestation and causes of deforestation. They do not even know these terminologies, let alone understand the real causes that are destroying our environment," Abbas said.

Pakistan's former Inspector General of Forests Syed Mahmood Nasir agrees. He told DW that authorities first need to carry out an empirical study into the availability of water. Currently, groundwater has to be extracted for the plants, putting strains on already depleted reserves.

The government said that the project would cost a little over 125 billion rupees ($750 million, €633 million) but critics claim that other costs are being ignored.

Abbas says that in a particular desert area of Khyber Pakhtunkhwa province, one sapling needs a one-off provision of 15 rupees worth of water. "Imagine billions of trees and calculate the total cost, which could have been diverted for clearing the river banks, ensuring the flow of water from rivers that would have led to natural growth of trees without spending any money," he said. 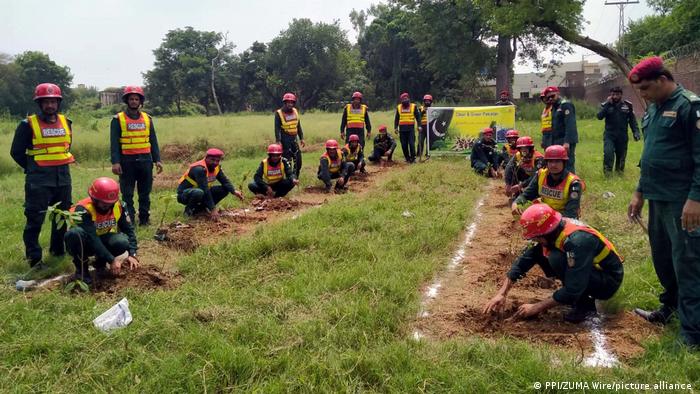 Deforestation brings many associated negative impacts with it

Mahmood Nasir believes any plant that is grown outside its natural biome is expensive and environmentally disastrous. "Did anybody plant trees for the Amazon Jungle? Did the government plant tens of thousands of trees in northern areas of the country? Nature has its own mechanism for planting trees and you do not need to plant and look after them," the former forestry official said.

There are also further associated costs, a senior government official familiar with this project told DW on the condition of anonymity. "Administrative and other costs are not part of the allocated amount. For instance, recently in [the Gujranwala administrative region] 12,000 students were brought to plant over 50,000 saplings," he said.

He questioned the transparency of the publicly funded budget that does not include transport and other costs.

Not without negative impacts

Experts believe planting trees can be good for nature but doing so without due consideration can have negative effects.

Criticism has also been leveled at the project for impeding on land used for pasture. Those grazing animals can help prevent wildfires, Mahmood Nasir explained. "One of the factors leading to fire in various parts of the world is the elimination of grazing areas, which helps prevent such catastrophes," he said. 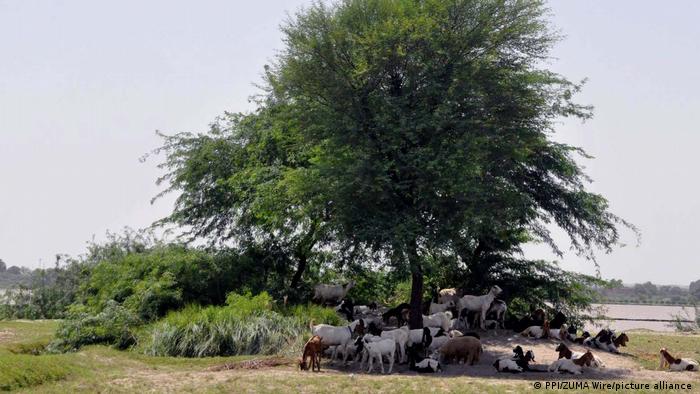 Grazing animals can be part of the forest's natural ecology

The project has banned those animals from those areas meaning that more wildfires can be expected in the future.

The project is also going to destroy natural water springs, he said, adding this could create an acute shortage of water as well as affecting the fertility of the land.

The government claims that the survival rate of the planted trees is over 60%, but some critics dispute this. "Many saplings planted in Gujranwala burnt within no time due to intense heat,'' said the senior government official. "They have not appointed sufficient staff to look after these trees and who will look after them in hilly areas and desert regions anyway?"

Instead of this costly project, the government should have targeted deforestation with strict administrative measures, the senior government official said.

In some areas, households burn over 10kg of wood every day. "Provision of solar geysers and cooking stoves, and a restriction on tree felling in northern and northwestern areas could help a lot," he said.

Some 40,000 hectares of forest are being destroyed every year, the senior official said. This could easily be prevented by tough action, he added.

One international organization has claimed, citing the government's own data, that Pakistan's forest coverage has grown from 5% to 13% in just a few years. Government supporters have said that this will reach 31%, the global average.

Some international bodies have also claimed that the project has created around 85,000 jobs. But another anonymous government official questioned the validity of this claim, asking where the record is of these 85,000 workers.

The official criticized the lack of accountability and said that a number of people close to the chambers of power have set up nurseries from which the government buys the trees for planting. Government supporters are benefitting from the project, the official claimed.

There are, however, environmentalists who support the project and dismiss the criticisms leveled against it. They say that it will take decades for the already-existing environmental degradation to be reversed. For them, the government has taken positive action in the right direction.

Environmentalist Sitara Parveen from the mountainous Hunza region of northern Pakistan is happy about the move. A graduate of the German University of Heidelberg, Parveen insists that this is the first Pakistani government to take environmental issues very seriously.

"In my area people are being encouraged to plant trees which would help prevent natural disasters as well as providing a healthy environment," she told DW.

"I have seen the planting of thousands of trees in my own area," she said. She also claimed that if the project succeeds, it could change local rainfall patterns. Few people realize that such a change would transform Pakistan's climate, not only protecting the country from disasters but also saving millions of lives, she added.

Locals and activists fear thousands of trees will be knocked down, resulting in ecological destruction and endangering wildlife in the area.