Women are banned from driving cars in Saudi Arabia. The "October 26 Campaign" wants to change that, getting women behind the wheel and onto the streets - on that day at least, says co-organizer Aziza Al-Yousef. 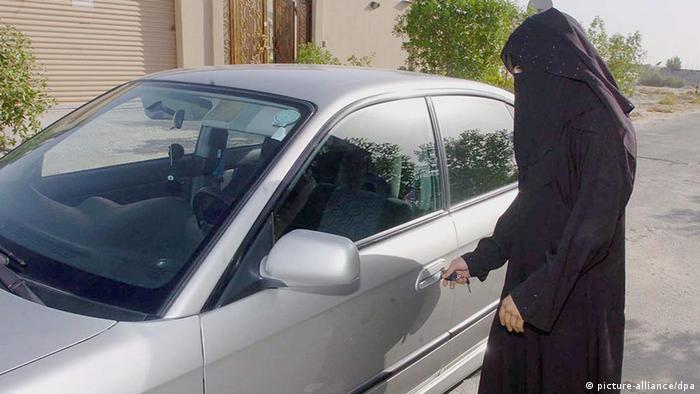 DW: Your campaign is trying to motivate women in Saudi Arabia to drive and to have the state ban on women drivers overturned. How did you get the project up and running?

Aziza Al-Yousef: We started the campaign in September. The idea was to give the women involved enough time to have a go at driving. We also wanted to give normal citizens the chance to get used to the idea of women drivers. On October 26 these women will all drive and document it with self-filmed videos.

But there is strong opposition in Saudi Arabia to this initiative - especially in the religious and political establishment. Are you prepared for confrontation?

I actually don't think there will be any clash with establishment. There are also people there, like the justice minister, who have said that there is no religious reason why women can't drive. Also, the Islamic religious police have said this time that they will not get involved and not stop women from driving. And the director of the state traffic authority has explained that women who drive without a license will simply receive a fine.

King Abdullah said, in relation to women and car driving, that the issue is one for society to resolve. This is where we are getting involved! Our goal is to inform people about our wishes and to test their willingness. I think our society is ready for women who drive cars.

One Saudi scholar has said that car driving can cause physical and mental harm to women and can even affect fertility.

I believe that this view merely harms the person making it. He is talking about something that he obviously doesn't know anything about. This scholar is speaking for himself, not for the entire religious establishment. I think he is just embarrassing himself.

Why did you use the Internet as a platform for this campaign?

So that we can reach as many people as possible! We have to work with social media since people here use Facebook and Twitter all the time. I expect that the number of Internet users here is higher than the number of TV viewers. The Internet is also the only medium that really is available to us.

At the start of the year King Abdullah announced that 30 women would come into the Shura Council, a political body with a consultational role. Does that mean women can be in politics but not drive a car?

That's exactly the question that we want answered! Three female members of the Shura Council even commissioned an investigation into this. The result was clear. It can't be possible that women can take on important political roles, but are not able to drive to work themselves.

Will you be driving a car yourself on October 26?

Of course. I drive my car now too, every day. Actually, I started on June 17. In that respect, October 26 is just a continuation of what I have already been doing. I drive every day through the streets of Riyadh. And I am never bothered by anyone, or stopped or anything like that. And, just for the record: I also haven't come to any physical harm either.

Aziza Al-Yousef is a lecturer at King Saud University in Riyadh and one of the initiators of the October 26 campaign.

The interview was conducted in Arabic and appears here in an abbreviated form.

More than 60 Saudi women said they drove their cars on the weekend in defiance of the conservative kingdom which has banned female driving. From their online videos, DW looks at their efforts to improve civil rights. (28.10.2013)

'A golden age for Saudi women'

Gabriela Keseberg Dávalos recently visited Saudi Arabia on a UN fellowship. What she encountered there surprised her and completely changed her views on the lives of women in the kingdom. (27.07.2012)

Saudi women protest by getting behind the wheel