More than 60 Saudi women said they drove their cars on the weekend in defiance of the conservative kingdom which has banned female driving. From their online videos, DW looks at their efforts to improve civil rights. 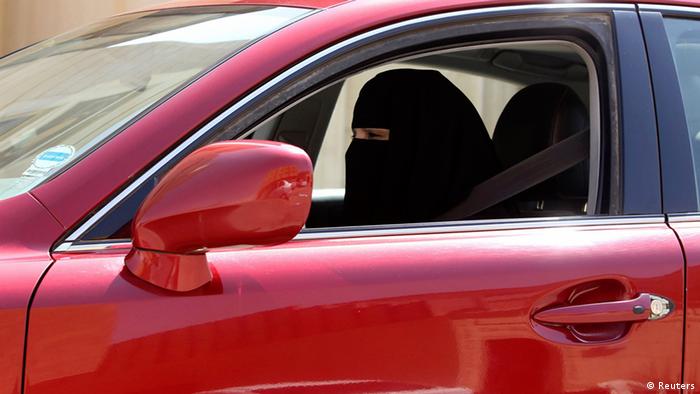 Saudi women have shown that not even the threat of five years imprisonment will stand in their way to equality. Despite government warnings, the fact that their official website was hacked by pro-regime Islamist activists and that even one of the protest leaders asked to postpone the event until November, the protest went ahead over the weekend.

It appears these hurdles managed to confuse some of the potential protesters, but clearly not all of them. By Saturday (26.10.2013) evening dozens of videos had been uploaded to the movement's YouTube account, showing Saudi women of all ages behind the wheel in the last country on Earth that prohibits it.

Some videos revealed more about the identity of the driver, while others hid any details that could be used to trace them. In their acts of defiance, some incorporated strict religious acts, such as playing prayers from the Quran on the car's CD player and wearing a burqa or playing patriotic songs, perhaps an attempt to show Saudi society that equal right can coexist with tradition.

"I went out with my sisters without having to wait for a taxi driver," said a young girl wearing a burqa as she drove her Toyota. "We wanted to hang out by ourselves so we are going to [a women's department store]. I have a driver's license so I can drive and it will not be dangerous." 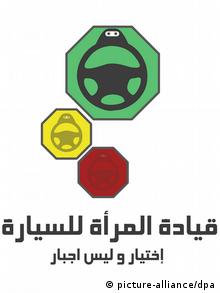 The October 26 Campaign encouraged women to get out and drive

Another video titled with the driver's name, May Aswyan, showed the woman as she moved through the streets, playing a song by Muhammad Abdu, a famous Saudi musician who sang about his love for his homeland.

In some videos, it was evident that some Saudi men fully support their wives. In one, a young Saudi woman in an orange hijab showed her face as her husband sat beside her. "Greetings, this is the second day of training," he said, referring to Saturday morning and their location. "She drives like Schumacher!"

Others were less forthcoming. "I am driving my car before I will go to work," whispered a woman as she zoomed in on her wedding ring and polished long fingernails. "And I am not a boy, I am a girl!"

Another video showed a woman wearing jeans and a pink top, repeating driving rules for her Saudi sisters out on the roads.

'Girls I know were scared'

Reema, an upper-class woman in her mid 20s, told DW that her family took her car keys away on Friday. "They know what my opinions are. That is why I couldn't join the protest," she said. "The authorities are clearly alarmed by the protest so they were especially dangerous. There was high police presence in Jeddah and Riyadh [the capital]. Girls I know were scared."

Saudi women protest by getting behind the wheel

It was reported that 15 women were given fines for driving on Saturday, but it seems there could be more to their punishments.

"For now they just asked 'their men' [in Saudi Arabia, all women are under the legal guardian of their father or husband] to sign [a document saying] they will not allow them to [drive] again in the future.

" But in case they do, they will be punished in the worst way. The rumors say it could be five years in jail!"

On Sunday morning, it seemed from local media reports that authorities were trying to minimize the protest. "They all said the same, that everything was under control and that the number of women drivers could be counted on their fingers," said Reema. Up until the day of the protest, Reema said she had been quite hopeful about the movement's ability to bring about change, but the reaction of Saudi society had changed her mind.

"With everything that is happening here, I'm not an optimist. When you check social media you will find that many people are against it. And you will be surprised to know that a lot of women are against [the protest] as well, because they grew up with the idea that they should obey their men."

Reema believes foreign countries could help pressure Saudi Arabia to give women equal rights, especially through the media. "The international media can help Saudi women by exposing to the world what kind of life they have behind their wealth. Freedom is what you need in order to feel you are a complete human being, not possession or luxury brands."

Women are banned from driving cars in Saudi Arabia. The "October 26 Campaign" wants to change that, getting women behind the wheel and onto the streets - on that day at least, says co-organizer Aziza Al-Yousef. (25.10.2013)