Opinion: What role will the EU play in foreign affairs?

Will the EU seek to remain a close US ally or strive for greater independence? France's president and Germany's defense minister have offered rival narratives for the bloc's future, DW's Michaela Küfner writes. 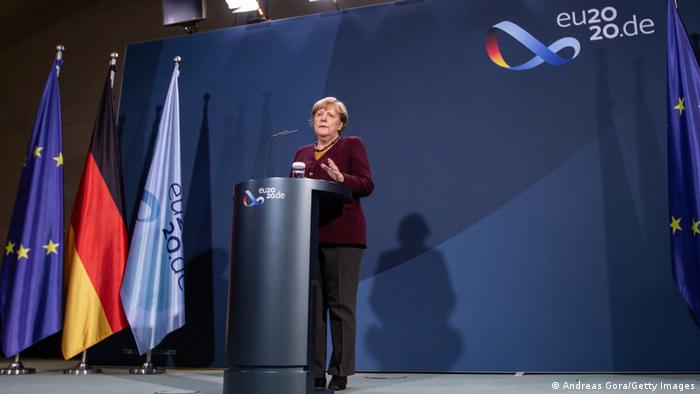 The ongoing disagreement over the EU's next seven-year €1.8 billion ($2.13 billion) budget and coronavirus recovery fund is music to the ears of China and Russia. The dispute could also be interpreted by US President-elect Joe Biden as evidence that the bloc is still a playground for US interests and anything but the united, sovereign strategic actor it is so often presented as in internal EU discussions.

French President Emmanuel Macron insists that the EU should be precisely this latter entity. Yet German Defense Minister Annegret Kramp-Karrenbauer has expressed skepticism, calling "European strategic autonomy" an "illusion." In her view, the "Europeans cannot make up for the decisive role that the US plays as a guarantor of security."

That view was confirmed by the subsequent panic that broke out among all US allies after US President Donald Trump's recent announcement that the US would withdraw a significant number of troops from Afghanistan and Iraq by January. European actors will, indeed, be unable to fill this strategic vacuum either. 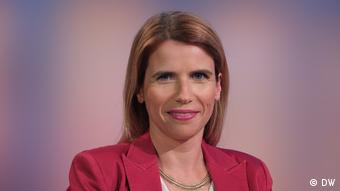 Look closer, however, and you will realize that Macron and Kramp-Karrenbauer pursue similar strategic goals for the European Union. "Our aspiration must be for Germany and Europe to actively shape our own neighborhood and global order," Defense Minister Kramp-Karrenbauer told students at Germany's Armed Forces University in her second keynote speech. Macron's aspirations are similar but somewhat more grandiose.

Macron, who leads the European Union's only remaining nuclear power, wants to establish a "Parisian Consensus" — encompassing the strategic, economic and societal domain — to counter the "Washington Consensus" of global capitalism. Though Germany regards the European Union as an integral part of a US-led Western community united by shared values, Macron does not. "We do not share the same principles," he said, as Europe "values equality, which cannot be said for the US." Yet so far, the French president is pretty much the only EU leader willing to edge out of the US orbit.

German Chancellor Angela Merkel has not taken part in criticizing the United States. During the Trump presidency, she even went out of her way to emphasize how important an ally the US is to Europe. Merkel did, however, take issue with Macron's claim that the transfer of funds and collective borrowing constituted "cornerstones" of transforming the eurozone into a genuine union. Merkel's spokesperson stressed that Germany will accept only "temporary" liability for the debt of other EU member states.

Kramp-Karrenbauer has urged German lawmakers to publicly address "inconvenient truths." By this, she means the European Union's geopolitical situation and especially its rivalry with China. Fellow conservative lawmaker Ralph Brinkhaus does not seem to share her view. The leader of the parliamentary group of the Christian Democrats (CDU) recently expressed regret that foreign policy issues could, "unfortunately," play a role in the lead-up to the 2021 general elections.

During her final term as chancellor, Merkel, too, has shied away from public debate over foreign policy topics such as the use of drones, deploying German troops abroad, or pursuing national interest through military means. Kramp-Karrenbauer's move to promote foreign-policy debate is an interesting taste of what could happen when Merkel leaves office — and from the woman who had tried and failed to position herself as the chancellor's successor. Germany's defense minister is thus showing herself to be already liberated from Merkel's influence — something that  CDU members both yearn for and fear.