Opinion: The Bundestag could use more women

Just over one-third of the members in Germany's newly elected parliament are women. That's troubling — and not at all representative of our society, DW's Melina Grundmann writes. 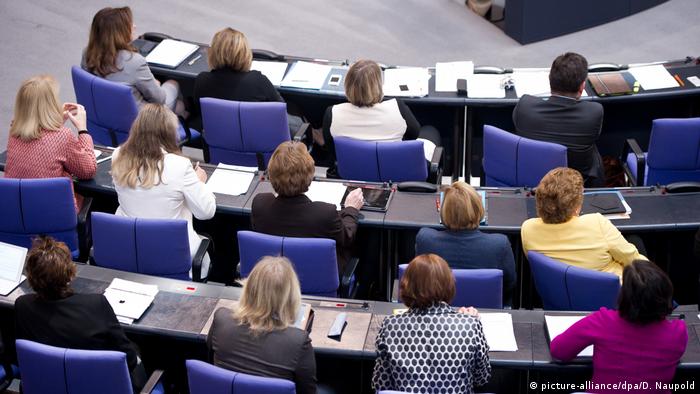 The new Bundestag is larger than ever, but the number of female parliamentarians is disappointingly low

A chart showing the proportion of women in each party in Germany's new parliament, the Bundestag, has been doing the rounds of various media outlets over the past few days.

The numbers are bleak. Just 255, or 34.7%, of the members of the new parliament are female — out of a total of 735 deputies in the increasingly bloated chamber. While that's a slight improvement on the makeup of the previous Bundestag, I'm disappointed — to say the least.

The Greens lead the way, with 58%. The neoliberal Free Democrats (FDP), along with the center-right bloc made up of the Christian Democrats (CDU) and their Bavarian sister party, the Christian Social Union (CSU), barely scratch the 25% mark, respectively. Don't even get me started on the far-right Alternative for Germany (AfD). 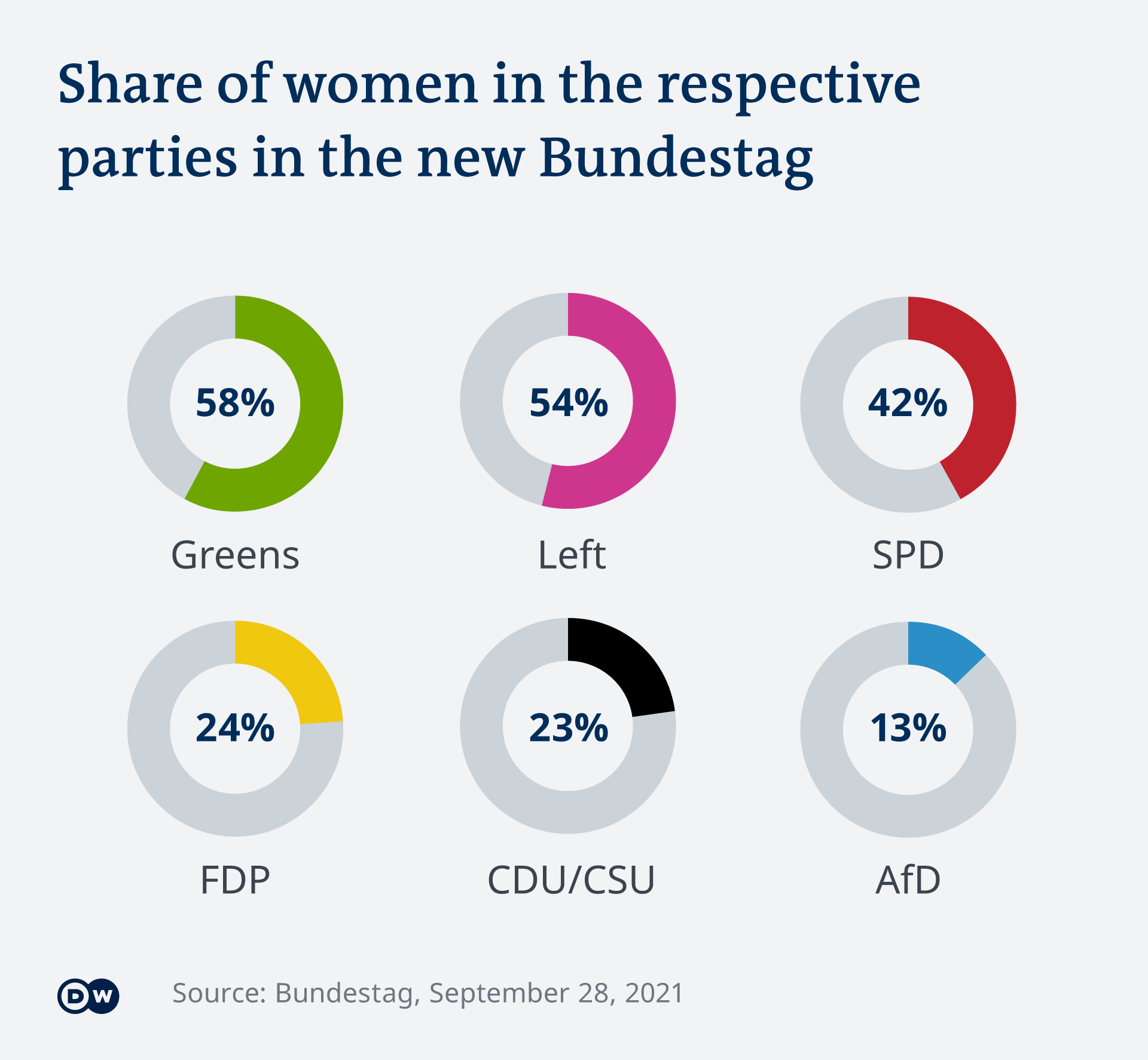 Although the CDU/CSU and FDP quite happily and casually use buzzwords such as the "promotion of women" and "equal rights" in their manifestos, I just don't buy it — on the one hand because of the obviously low number of women in their own parliamentary groups while on the other, the parties' policies speak a different language.

The best example is the CDU's dogmatic and misplaced loyalty to the concept of Ehegattensplitting (spouse splitting) whereby married couples can save taxes by dividing their income — a law harking back to the 1950s that makes it unattractive for many women to pursue gainful employment. Not only is it anachronistic, it also promotes backward traditional role models.

Where's the equality everyone's talking about?

A recent story in the Austrian newspaper Der Standard ran with this headline: "Since 1949, twice as many men have sat for the CSU and CDU in the Bundestag as women have for all parties." Equal rights for women and men are enshrined in the German constitution, the Basic Law. However, that equality is nowhere to be seen in the representation of society by the Bundestag. 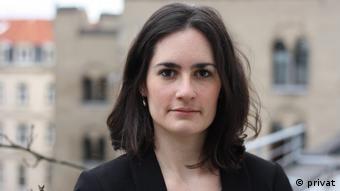 Equality begins when just as many women as men have a say in shaping policies; it ends when female politicians are still subjected to questions that no one would dare to ask men in the first place.

Could anyone seriously imagine a man, let alone a candidate for chancellor, being asked how he reconciles pursuing a career with having children?

The classic role models are still far too deeply entrenched in politics and society.

So how did the Greens manage to get more women than men into their parliamentary group? It's not rocket science: Among other things, they fill their electoral lists with an equal share of men and women. The other parties should take a leaf out of their book.

I'm in favor of a women's quota, not only in boardrooms but also in the Bundestag. Without it, there can be no equality, as the past few years have demonstrated.

I'm sick and tired of hearing the argument that such a quota would mean that women end up in positions for which they are unsuited or not good enough. At the risk of stating the obvious: There are indisputably enough women who are more than qualified. But they continue to face hurdles that prevent them from taking the next step.

Many women still experience discrimination when it comes to balancing a family and a career. More often than not, they are forced to take a back seat as a result of Germany's backward conservative approach of the past few years: Witness the policy of tax splitting for married couples.

A study currently making the rounds estimates that we won't achieve complete equality for another 100 years. That's just about par for the course if the newly elected Bundestag is anything to go by.

This opinion piece was translated from German (rm).

Women: A minority in the German Bundestag

By 2020, political parties in the eastern state of Brandenburg will be required to offer equal numbers of male and female candidates for elections. The law is the first of its kind in Germany.

Merkel meets Erdogan during farewell stop in Istanbul 2h ago

Violence erupts at protest against Berlin camp eviction 3h ago

Opinion: Why is 'Squid Game' so successful? Because it's simple 23h ago