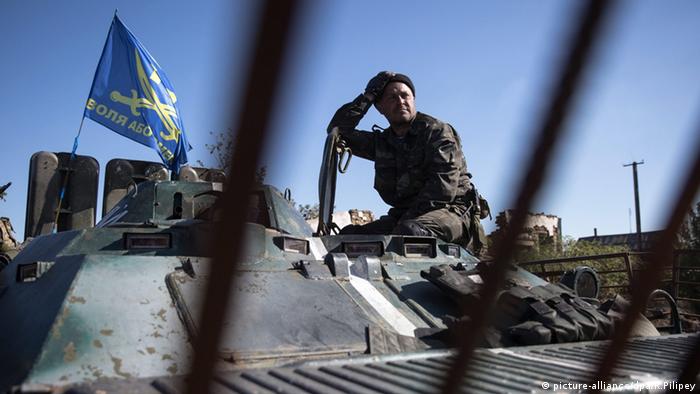 It's easy to sum up what the US expects from the EU's defense ministers: more money for military spending. Washington has pushed its allies to increase defense spending for years, calling for its European partners to spend 2 percent of their GDP on defense. Among EU member states, only the UK has been able to match that, at 2.4 percent. All others are well below that threshold, even Germany.

But with the crisis in Ukraine, Washington believes it has found another argument to apply additional pressure on its European allies. After all, the Kremlin has significantly increased its military spending in recent years. NATO must follow suit, says the Obama administration.

These expectations are likely to, once again, be disappointed. EU defense ministers, meeting in Italy on Tuesday and Wednesday, will likely want to devote as little as possible to armaments. It's not as if they have the option. The EU's economy is weakening, and the necessary money isn't there. Not even in Germany, where - in comparison to other EU countries - the economy is doing well. If even the German government keeps the purse strings drawn, other EU countries are unlikely to be more generous.

But there's no need to panic, despite the Ukraine crisis. Overall, NATO states together spend much more than Moscow on missiles, tanks and guns. Russia's economy is struggling under the burden of high defense spending. Even the party leaders of the Soviet Union made ​​the mistake of spending too much on their army and too little on the modernization of the domestic economy. 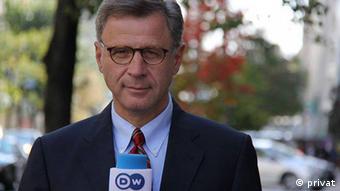 No help for Ukraine

The Americans aren't the only ones left unsatisfied with the decisions of EU defense ministers. Ukrainians are also disappointed; Kyiv has secretly hoped that if not NATO, then at least individual member states would supply weapons to help defend the east against rebels.

But not even Poland has been able to bring itself to send help - though it wouldn't change much on the battlefields of Donetsk and Luhansk, anyway. Russia's military superiority is overwhelming, and Western arms supplies to Kyiv would only add fuel to the fire. No one wants that, not in Europe, nor in the US.

Has NATO left Ukraine in the lurch? In western Ukraine, where they are bitterly watching the apparent success of Putin's calculated advances, many feel this way. NATO is a defensive alliance, and Ukraine is not a member. No one wants to risk nuclear war with Russia over Ukraine.

But at their meeting in Milan, EU defense ministers will move foward with the Americans on other issues, such as the fight against the "Islamic State" ("IS"). Germany and other countries plan to support Kurdish fighters and the Iraqi government against Islamist militants, now and over the long term. Western intelligence agencies will cooperate closely to thwart any danger posed by "IS" fighters with British, American or German passports planning trouble back in their Western home countries.

The West remains perplexed over the question of how to deal with "IS" in Syria. American airstrikes, should President Barack Obama call for them, will weaken the Islamists but not defeat them. The Free Syrian Army is currently more at home in the lobbies of distinguished hotels in Paris or Istanbul, rather than on dusty battlefields. In Syria, the "Islamic State" can only be tackled effectively with the help of President Bashar al-Assad. For the moment, however, the White House is reluctant to choose that option.

The European Union has formally adopted new sanctions against Russia over its alleged involvement in the Ukraine crisis. But the bloc will wait before implementing them in view of the current ceasefire. (08.09.2014)