The European Union has formally adopted new sanctions against Russia over its alleged involvement in the Ukraine crisis. But the bloc will wait before implementing them in view of the current ceasefire. 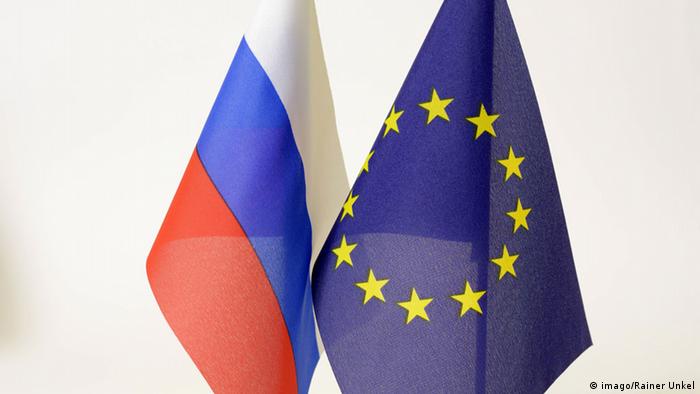 The European Union on Monday agreed on new sanctions against Russia over its alleged role in the Ukrainian conflict, but will wait a few days before implementing them in view of the current ceasefire in eastern Ukraine, EU President Herman Van Rompuy has said.

"The (sanctions') entry into force ... will take place in the next few days. This will leave time for an assessment of the implementation of the (Ukraine) ceasefire agreement and the peace plan," he said in a statement.

"Depending on the situation on the ground, the EU stands ready to review the agreed sanctions in whole or in part," he added.

The EU sanctions are to extend measures already imposed on Moscow in July for its alleged role in supporting and fomenting a months-long insurgency by pro-Russian separatists in eastern Ukraine that has killed more than 3,000 people, according to the United Nations. They will target more individuals with travel bans and asset freezes, as well as tightening access to capital markets for Russian oil and defense companies.

Some EU governments had expressed concerns that the immediate imposition of sanctions might hinder current peace efforts, and others insisted that, in view of the fact that Russian counter-sanctions could seriously affect their own economies, the implementation of the EU measures should come only if absolutely imperative.

Russian Prime Minister Dmitry Medvedev said on Monday that Moscow would respond in kind to any sanctions imposed by the West, among other things by restricting overflights through its airspace.

Kyiv and many Western countries accuse Russia of sending troops across the border and arming the rebels, charges Moscow has always denied.

Meanwhile, a ceasefire agreed on Friday between the separatists and the Ukrainian government appeared to be holding on Monday, although both sides accused each other of sporadic shelling.

The shaky truce allowed Ukrainian President Petro Poroshenko to pay a visit to the eastern port of Mariupol, which remains under threat of attack by the pro-Russian rebels massed on the edge of the town.

"I have ordered (the military) to secure the defense of Mariupol with howitzers, multiple rocket launchers, tanks, anti-tank weapons and air cover," Poroshenko told a crowd of steel workers in the city near the Russian border.

"Mariupol was, is and will be Ukrainian," he said, promising to deal a "crushing defeat" to the rebels if they tried to take the city.

On Saturday, Mariupol saw the most serious violation of the ceasefire when rebel artillery fired at government forces, killing one woman and injuring four other people.

A Kremlin statement said Russian President Vladimir Putin spoke with Poroshenko by telephone on Monday on "steps that will facilitate a peaceful resolution to the situation," but gave no further details.

Fresh clashes which erupted in eastern Ukraine despite a ceasefire agreement have turned deadly. A deal to end fighting between pro-Russia separatists and Ukraine government forces was signed less than two days ago. (07.09.2014)

The ceasefire between government and pro-Russian separatist forces has taken hold in eastern Ukraine. Western leaders have expressed skepticism that the temporary truce will lead to a long-term peace plan. (05.09.2014)