Germany's defense minister has said she does not see the need to raise military spending to 2 percent of GDP. Only four of NATO's 28 members currently meet the alliance's longstanding target for defense spending. 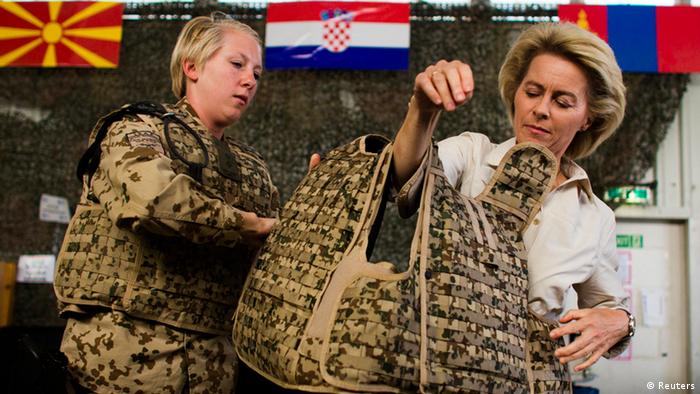 Germany spends 1.3 percent of its gross domestic product on the Bundeswehr, while NATO's target stands at 2 percent of total economic output. 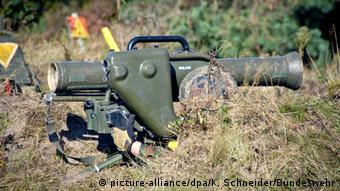 Germany is sending weapons, but not planes or troops, to Iraq

"We are a large, economically strong country," von der Leyen told ARD. "Meaning one should always ask: 'how many percent of what?'" The defense minister said that Germany remained NATO's "second-largest net spender," adding that several other countries had seen their GDP decline in recent years.

"It's then clear that it is easier to reach the target, if the defense budget doesn't shrink at the same rate," she added.

However, von der Leyen also alluded to the possibility of new international efforts abroad, like continued Bundeswehr involvement in operations against the self-proclaimed "Islamic State," or NATO's plans for a rapid response force.

"If we do now take on new tasks, for instance as a result of the NATO summit [in Wales on September 4 and 5] or through further involvement in Iraq, then I would need to talk to parliament about that," von der Leyen said. "But, as I said, one would have to keep it in proportion."

Only four members 'on target'

Germany's perceived lack of readiness both to spend on its military capabilities and to deploy its troops on international missions has long irked some of its NATO allies. The US, comfortably NATO's largest military power, spends 4.4 percent of its GDP on defense, the UK spends 2.4 percent. Greece and Estonia were the only other members of the 28-country alliance to clear the 2-percent target in 2013.

NATO's Rasmussen pointed to Russia's major investment in the modernization of its military when urging the alliance to consider higher defense expenditure. Rasmussen said that over the last five years, Russia had upped defense spending by around 50 percent, while NATO's had dropped by around 20 percent.

Response force: Who will pay the bill?