Tough decision ahead on status of eastern Ukraine | Europe| News and current affairs from around the continent | DW | 09.09.2014

Tough decision ahead on status of eastern Ukraine

The status of the territories of Donetsk and Luhansk will be high on the agenda, should the ceasefire in Ukraine hold. Kyiv wishes to avoid a frozen conflict like the one in Transnistria. 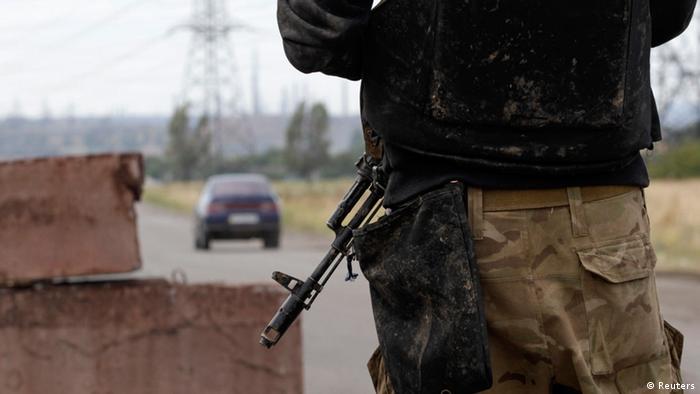 What to do with Donbas? Even though the ceasefire between the government in Kyiv and pro-Russian separatists is quite fragile, the question over the future of Donetsk and Luhansk in eastern Ukraine is bound to arise sooner rather than later.

The agreement, signed on Friday in Minsk, contains no concrete answers to this question. It only obliges Ukraine to execute a "decentralization of power" in the region. The parliament in Kyiv is due to pass a law for the special status of the two territories, but details have not yet been announced. 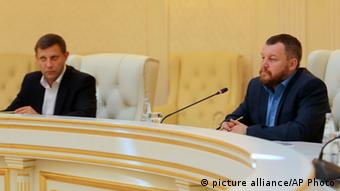 The separatists seem to understand this as de facto independence. That was made clear on Monday in an interview with Andrei Purgin, the self-proclaimed vice head of government of the Donetsk People's Republic. Purgin told Russian news agency Interfax that "at the moment, it is not a question of going back to being part of Ukraine."

The Ukrainian government, however, sees things differently. Kyiv's stance on the matter is clear: yes to more autonomy, no to independence. The reasons are obvious. After the Russian annexation of the Crimean peninsula, Donbas would be another big loss of territory.

With more than 3,000 deaths, according to UN figures, Ukraine has already paid a high price to keep Donbas. A secession of these provinces would make it seem as though the loss of life was all in vain. And Donbas' coal and gas deposits make it an important region for Ukraine's energy supply. The country is also dependent on Donetsk's heavy industry.

But it remains a fact that Ukraine cannot win back the renegade region via military means - at least not as long as the separatists are supported with Russian military equipment and fighters. 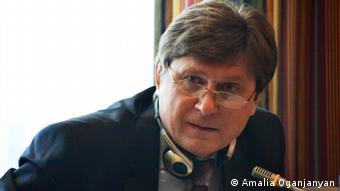 Fesenko said the danger of a frozen conflict is high

Considering this stalemate, observers believe the Minsk agreement will likely lead to a freezing of the conflict. Ukraine would then share the same fate as a number of other former republics of the Soviet Union.

Many refer here to Transnistria - a region which separated from Moldova in a war at the beginning of the 1990s. Transnistria is not an internationally recognized country, but it has existed for the past 20 years thanks first and foremost to economic assistance from Russia.

The danger of a frozen conflict is high because Russian President Vladimir Putin has an interest in such an outcome, Kyiv political expert Volodymyr Fesenko told DW.

Fyodor Lukyanov, the chairman of the Russian Council on Foreign and Defense Policy, is of a different opinion. "A situation like in Transnistria has many disadvantages for Moscow," he told DW.

For one, Lukyanov explained that Russia would have to financially support the renegade Ukrainian provinces, and it would also lead to constant friction with the West. He believes Russia would prefer to see Donetsk and Luhansk as autonomous regions of Ukraine. 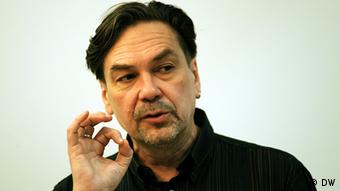 Giving up Donbas for Europe?

Ukrainians now see themselves confronted with a painful debate on the future of Donbas. But it's not just a recent debate. In July 2010, Ukrainian author Yuri Andrukhovych created a stir when he said in an interview that if a pro-Western government came to power in Kyiv again, then "Crimea and Donbas should be given the chance to cede."

At the time, pro-Russian President Viktor Yanukovych, who is from Donbas, had been in power for just a few months. Andrukhovych said the people on the Crimean Peninsula and in Donbas were part of the "Russian political nation" and that Ukraine was "foreign and uninteresting" to them. He was lambasted for these comments and later qualified his statement.

But four years on, after the annexation of Crimea and the war in Donbas was in full gear, Andrukhovych said once again that eastern Ukraine should separate. "We will only be able to keep Donbas as part of Ukraine at the high price of concessions that would be fatal for our European future," he told the Ukrainian weekly "Dzerkalo Tizhnya."

In other words, the region with its pro-Russian population is a burden to Ukraine, which is looking towards Europe. Andrukhovych spoke in favor of a referendum and suggested that should it come to secession, Ukraine should not consider it a capitulation, but instead as though it were getting rid of a problem.

No polls have been taken so far on the solution preferred by the majority of Ukrainians. In the media, voices are increasingly showing support for a freeze in the conflict, including well-known blogger and journalist Serhiy Leshchenko, deputy chief editor of the online newspaper "Ukrainska Pravda." He spoke carefully in favor of freezing the conflict," otherwise the rest of Ukraine will be stopped on its way to Europe."

The European Union has formally adopted new sanctions against Russia over its alleged involvement in the Ukraine crisis. But the bloc will wait before implementing them in view of the current ceasefire. (08.09.2014)

Ukrainian President Petro Poroshenko has said 1,200 Ukrainian prisoners taken by pro-Russian separatists have been freed. The signing of new sanctions against Russia by EU governments has meanwhile been delayed. (08.09.2014)