Opinion: Ramzan Kadyrov wants to be global Muslim number one

President Vladimir Putin aside, only one person in Russia seems to be above the law. And Chechen leader Ramzan Kadyrov has set his sights even higher, says Russian journalist Konstantin Eggert. 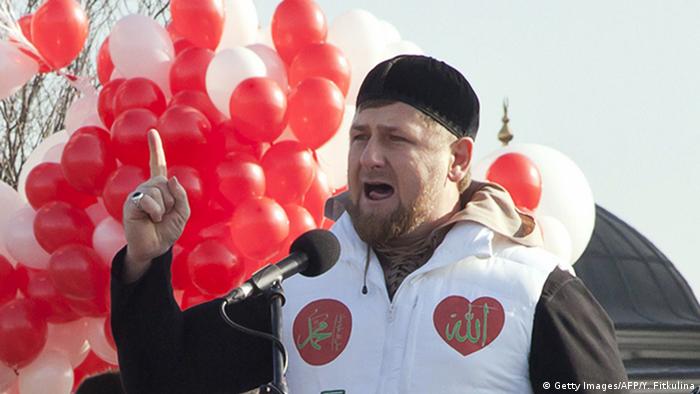 Chechnya is one of more than eighty constituent regions of the Russian Federation. Since 2004 however, Ramzan Kadyrov has ruled the autonomous republic as a personal fiefdom subject to Russian law in all but name.

Elements of Sharia law are part and parcel of local life. Offending "Ramzan", as he is referred to in Russia, in a blogpost or writing a harmless petition against the Chechen authorities could lead to a public flogging. This will then be broadcast on YouTube.

Chechnya is bankrolled by the Kremlin. The federal transfer of money is the price Russian President Vladimir Putin pays for a fragile peace in an explosive region.

This week, Ramzan organized a rally in the Chechen capital Grozny in support of "persecuted Myanmar Muslims." Authorities claim the protest was attended by one million people. There is no doubt that most of the demonstrators had never heard of Myanmar and were essentially ordered to come by their office managers, school principals and college deans.

If Kadyrov wants to stage a rally, Chechens have no choice but to participate – unless they are prepared to face unpleasant consequences. The only other two persons capable of gathering so many people in such a short time are Vladimir Putin and the Patriarch of the Russian Orthodox Church.

In his speech at the rally, Kadyrov called on "our national leader Vladimir Vladimirovich Putin to intervene in the plight of Myanmar brothers." He accused the West of being silent about it while at the same time "always rushing to support gays" – a clear reference to the persecution of gays and lesbians in Chechnya which caught international headlines this year and earned Mr Kadyrov even greater popularity in a North Caucasus region undergoing rapid Islamification.

Ramzan also declared that if Moscow did not heed his calls he reserved the right "to disagree" with Russia's official foreign policy line – meaning with Putin. Such a statement would have had any other Russian regional leader sacked by the president in a matter of hours. But not the Chechen strongman who has already assumed the mantle of Russia's number one Muslim and is now aspiring to international recognition.

To some his posturing is disingenuous. The Chechen leader frequently remains silent when Muslims in Russia are arrested and sometimes tortured on groundless accusations of terrorism. At the same time, hundreds if not thousands of Islamists from the North Caucasus travelled to join the Islamic State (IS) – despite Kadyrov's claims that he has eradicated extremism in his republic.

However, he has mastered two arts which are de rigeur for the Putin-era political class – a virulent anti-Western rhetoric and flattery of the national leader. There are not too many Russian flags in Grozny – but portraits of Putin and Kadyrov side-by-side are ubiquitous. Those who are against Putin – and Kadyrov – are "CIA agents" and "filthy gays." 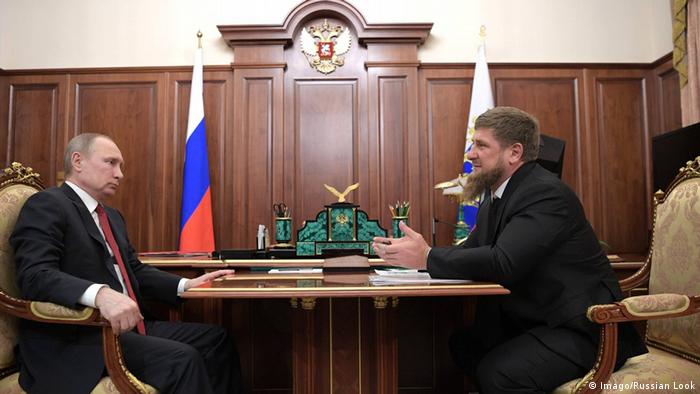 For the Kremlin, putting the brakes on Kadyrov is both impossible and unnecessary. It is impossible because the Russian president is too dependent on him keeping the North Caucasus quiet by whatever means.

And it is unnecessary because the Chechen leader with his intimidation of democratic opposition, human rights activists and any other current or future opponents serves as a useful tool of Putin's regime. "If you do not like me than how do you like Ramzan?" the president seems to suggest to those who disagree with him.

And there are quite a few of those who do not. Veterans of the Chechen wars see Kadyrov's above-the-law status as an insult to them and their fallen comrades. Metropolitan middle-classes dislike his anti-Western rants and violent reputation. Christian Orthodox conservatives fear the Islamification of Russia. But as long as Putin puts his trust in Kadyrov, they are consigned to suffering in silence. They do not have their own "Ramzan" to speak out for them.

US: Trump allies Graham and Giuliani ordered to testify in election probe 4h ago