As Germany prepares for the post-Angela Merkel era, the new government will have to quickly focus on tackling illiberal tendencies in Central Europe, writes Ivan Krastev. 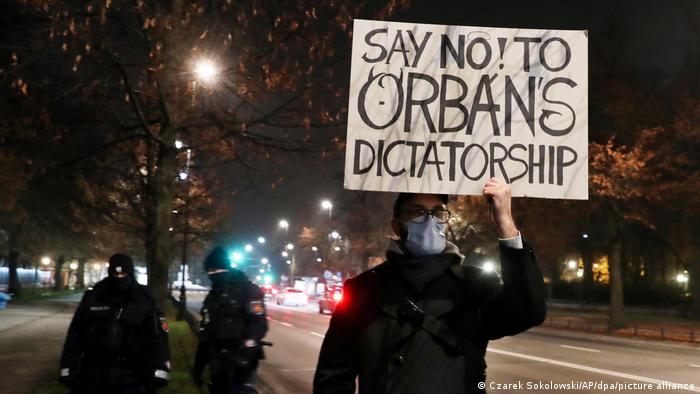 How will the new German government fare against the illiberal tendencies in Central Europe?

There's nothing in the middle of the road but a yellow stripe and dead armadillos. The title of US writer Jim Hightower's book rings today like an axiom about the reset in US politics.

The outcome of Sunday's Bundestag election shows that this adage does not apply to Germany. Moreover, what you will most probably find in the "middle of the road" in Germany is the next government majority.

In the last two decades, when asked to go to the polls, Germans have picked rather than chosen. The distinction between "picking" and "choosing" is deceptively simple but fundamentally important. We choose when the alternatives offer a stark choice: Donald Trump vs Joe Biden, Jaroslaw Kaczynski vs. Donald Tusk. Otherwise, we just pick.

On Sunday, German voters were again picking rather than choosing. The differences between the major political parties were evident, but when it comes to the four political parties that have a chance to be in the next government, they were within the existing liberal consensus.

It seems that while Germany is smoothly transitioning to the post-Angela Merkel era, the EU will have to learn how to survive in a world without Merkel. Could it be that a new government in Berlin will usher in more changes to European politics than on the German political scene? "Post-Merkel" and "without Merkel" are two very different beasts.

Europe in a post-Merkel world

A European Council on Foreign Relations opinion poll conducted on the eve of the German election revealed that given a hypothetical choice between Merkel and French President Emmanuel Macron becoming a fictitious "EU president" a clear majority of Europeans opted for the German chancellor.

Merkel proved to be "the best hope" for her fans and "the lesser evil" for most her opponents. The consensus was that the outgoing chancellor was able to bridge political divides and persuade everybody that compromise is always possible. She embodied the otherwise non-existent European center. 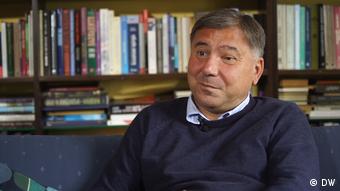 In Merkel's absence the deep political tensions boiling under the surface of Europe's fragile cohesiveness will once again erupt. The next German chancellor will surely lack Merkel's magical ability to broker otherwise impossible deals. One danger is that the cultural war between Brussels and the illiberal governments in Budapest and Warsaw will escalate.

In Germany, the Free Democrats and the Greens differ significantly when it comes to tax policies but both parties see the defense of human rights as critical for their political identity. Keeping in mind that they are also the parties that attracted a disproportionately high percentage of the youth vote, the rights of sexual minorities and the independence of the judicial system are of particular importance to them.

We should expect that Berlin's rhetoric regarding the violation of the rule of law in Poland and Hungary will become fiercer. Brussels has already made it clear that LGBT-free cities in Poland will not receive EU funding. In turn, Hungary and Poland will step up their anti-Brussels and anti-German war of words. Supporters of Viktor Orban and PiS leader Jaroslaw Kaczynski may disagree that the Devil wears Prada, but they are convinced that she, the Devil, votes for the Greens or the Free Democrats in Germany.

In my view, given the challenge of how to deal with Central Europe, the new German government should keep at least three things in mind.

When it comes to liberal values, Central Europe is not a homogeneous place. In terms of the policy preferences of their citizens and electoral results, Budapest and Warsaw are closer to Berlin and Hamburg than to the depopulated rural areas in their own countries.

Secondly, if Germany's center-right bloc of the Christian Democrats (CDU) and their Bavarian sister party, the CSU, loses out in its bid to form a new government, there will be even fewer Western European states that are currently run by a center-right prime minister. The East-West divide in Europe will start looking like a Right-Left divide, when in fact it is liberal democracy versus authoritarian populism.

Thirdly, Orban and Kaczynski love culture wars, particularly if they distract people from questioning their corrupt style of governing. However, the liberal opposition in eastern European countries believes that the focus on corruption is the best strategy to achieve political change.

Berlin's future policy to confront illiberal tendencies in Central Europe should be one that helps the liberal forces in those countries win elections.

Ivan Krastev is a political scientist and the chairman of the Center for Liberal Strategies in Sofia, Bulgaria. He is also a permanent fellow at the Institute for Human Sciences in Vienna, Austria.

'I believe that the era of appeasing autocrats should be over'

Angela Merkel in Poland: Bidding goodbye to a difficult partner

Chancellor Merkel has taken her time to pay a farewell visit to Warsaw. It’s hardly surprising — while trade between Poland and Germany is booming, politically, the two countries are growing increasingly distant.

North Korea hints it may resume nuclear tests 3h ago