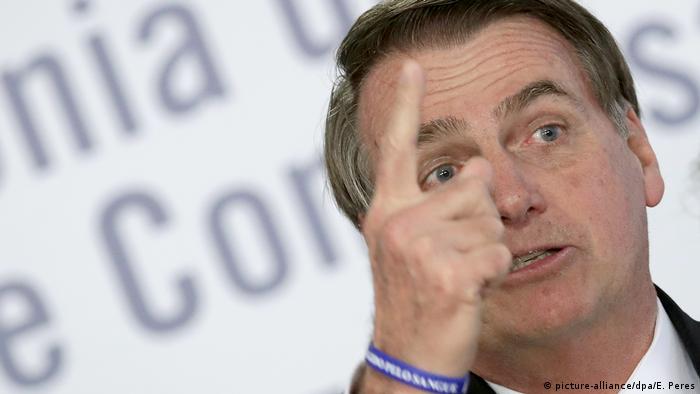 You have to hand it to Jair Bolsonaro. He is shining an enormous spotlight on the Amazon rainforest. For a long time, environmentalists could only dream of garnering this much interest.

When it comes to discussions surrounding the Amazon, Brazil's president is at the forefront where rhetoric is concerned. The rejection of international Amazon aid on the grounds that Europeans should start by reforesting their own woodlands hit home. After all, there is a reason why the German government is holding a national forest summit in September.

Then add the colonialism argument to that. As soon as the president of Brazil, a former Portuguese colony, starts to mention the colonial era, he can be sure of his fellow Brazilians' sympathy. Whether or not French President Emmanuel Macron has the colonial mentality Bolsonaro accuses him of, colonialism is undeniably part of France's history.

But beware: Bolsonaro's loose tongue will not protect the Amazon. To the contrary, it justifies its further destruction. It is pure hypocrisy. 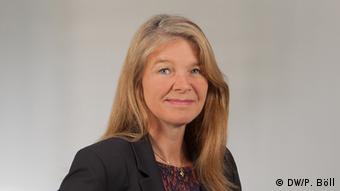 A self-proclaimed critic of colonialism, Bolsonaro has shown that very "colonialist mentality" since taking office. The blueprint for this attitude dates back to Brazil's military dictatorship era from 1964 to 1985.

"The Amazon belongs to us" — back then, that was the motto when the generals forged ahead with developing still sparsely populated rainforest and securing the external borders against an alleged foreign invasion.

Small farmers from the south of Brazil, including many settlers with German heritage, were lured into the jungle with the promise of free land. The Brazilian natives were placed under the guardianship of the government; the plan was to "assimilate" them.

Bolsonaro is picking up where they left off. The former army captain is an avowed supporter of the military dictatorship. With his "colonialist mentality," he sees Brazil's natives as "people like us," people who should be familiarized with the benefits of "civilization" by sending in missionaries, businessmen, the military and other powerful groups in society.

As far as Bolsonaro is concerned, indigenous people should also be allowed to cultivate soybeans, raise livestock and mine gold even in nature reserves or on reservations. Many are already doing so, as Brazil has no legal restrictions on indigenous people's career choices.

It is significant that the governors of the nine states of the Amazon region have spoken out against Bolsonaro's refusal of international aid. Unlike the Brazilian president, they are happy for every euro the international community invests in the rainforest.

In view of the weakness of the Brazilian environmental authorities, Amazon state Governor Wilson Miranda Lima is convinced that the Amazon Fund is key. "We cannot do without this money," he recently told the Folha de Sao Paulo newspaper.

The Amazon Fund set up by Norway and Germany finances, among other things, agricultural cooperatives, the designation of protected areas and ecotourism projects. This creates jobs that allow the local population to earn a living without clearing the forest.

Creating jobs for the roughly 20 million inhabitants in the region is exactly what Bolsonaro claims to do, but it's something he actually undermines every day. Trotting out the notion of colonialism is not going to help: Bolsonaro's Amazon policy is the height of hypocrisy.

Opinion: Ugandans are tired of Museveni but can't vote him out 8h ago