The Brazilian president says Angela Merkel should focus on reforesting Germany rather than witholding funds for Amazon projects. Norway, meanwhile, announced it is also blocking rainforest subsidies to the country. 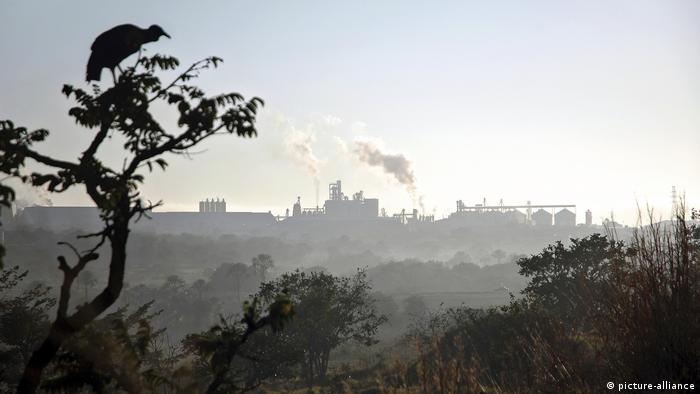 Jair Bolsonaro has delivered a forceful response to the announcement by Germany over the weekend that the Environment Ministry would freeze funding for protection projects in the Amazon while he is president of Brazil. Deforestation has spiked under the novice president's nationalist regime.

"I would like to give a message to the beloved Angela Merkel," Bolsonaro, who has a well-documented history of misogynist statements, told Brazilian media late Wednesday. "Take your dough and reforest Germany, OK? It's much more needed there than here."

Over the weekend, German Environment Minister Svenja Schulze had announced that Germany would withhold €35 million ($39 million) in funding for Amazon support projects because of the clear-cutting that has been enabled in the first seven months of the president's economically liberal regime. Bolsonaro, who would like to put an end to protected regions in the Amazon altogether, has previously accused Germany of attempting to "snaffle" Brazil by withholding financing.

On Thursday, the Norway's Environment Ministry confirmed the country was witholding 300 million Norwegian crowns' (over $33 million €30 million) worth of subsidies for the Amazon Fund. Norway has provided some $1.2 billion to the fund, which fights deforestation in the vast rainforest, since its inception 11 years ago, making it the largest contributing nation.

Bolsonaro took similar aim at Norway following news of the decision. "Isn't Norway the one that kills whales up there in the North Pole? That also does oil exploration there?" Bolsonaro asked ironically. "Take the money and go help Angela Merkel to reforest Germany." 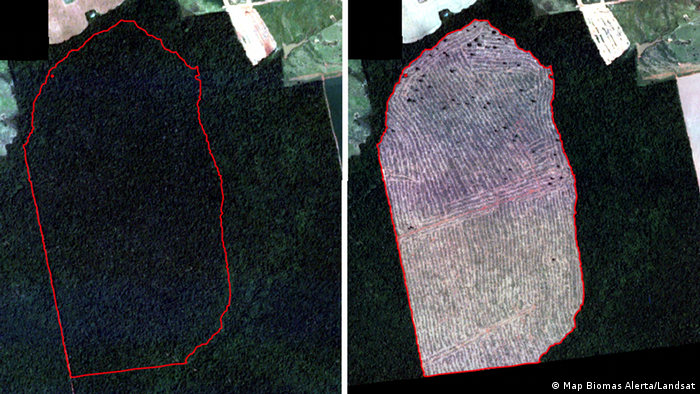 Images show 465 hectares of deforestation in Mato Grosso in February

It's not the first time that the Amazon has found itself at the center of a tussle between the German and Brazilian governments. Merkel had previously expressed her concerns about environmental and human rights protections in the rainforest in June. Bolsonaro pointed out that Germany has a major financial stake in being one of the world's top emitters — and, until that is rectified, it would be rather cheeky to chastize Brazil.

Brazil's national space research institute, INPE, has reported increased deforestation since Bolsonaro took power. Amazon clear-cutting was up 88% in June from the previous year — and in July it was up 278%. Bolsonaro fired the head of INPE, saying the institute's science was the work of foreign climate activists.

The Amazon rainforest is known as the Earth's "green lung" because of its crucial rule in absorbing human-generated carbon emissions and generating oxygen to help keep the air breathable and slow the permanent damage caused by climate change.

Within Germany's borders, there are about 11.4 million hectares (280 million acres) of forest, according to government figures, which represents about one-third of the surface land — a number that has increased slightly in the past decade.