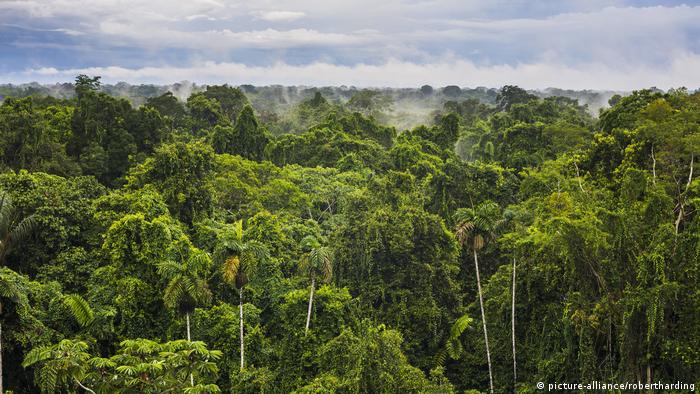 Nowhere else in the world is the number of animal and plant species as high as in the Amazon rainforest. Not even the rainforests in Asia or Africa can compare. The Amazon region has more species per square kilometer than in the whole of Europe.

One example: In just one hectare (about the size of a sports field), researchers were able to identify more than 450 tree species. In all of Germany, by comparison, there aren't even 100. The numbers are so huge that it's difficult to imagine how such a thing is possible.

An abundance of species

Beyond that, there are tens of thousands of plant species, including countless medicinal plants, over 2.5 million insect species, 1,300 kinds of birds, 430 mammals, over 3,000 fish species, hundreds of different amphibians and reptiles. Numerous species are discovered every year, and many have yet to even be been seen by us humans.

These rainforests are a gigantic accumulation of biomass. Their plants grow on several levels, like floors in a building. There are tree giants that grow to a height of 60 to 80 meters. Then, there is the middle tree level. Below, it is very dark and humid, because the crowns of the trees are so close together that they act as a green blanket.

Sunlight hardly gets through to the ground. But it is quite bright near the treetops, where most animals live — monkeys, birds, insects, but also snakes and amphibians.

In this rainforest "universe," there are infinite niches for animals — thanks to an abundance of food, like leaves, seeds, fruits and nutrients. Everything is in the plants. As is the CO2 the trees extract from the atmosphere and store as they grow. All the while, they produce oxygen.

The amazing thing is that the soil is as poor in nutrients as the vegetation is rich. The humus layer, which is that dark, organic stuff in the soil that develops when plants or animal matter break down, is minimal nearly everywhere. The soil in the Amazon rainforest is the poorest and most infertile in the world. If one cuts down the forest, it is irretrievably lost. The humus layer is quickly washed out. Three years after clearing the forest (at the latest, nothing will grow there. What remains is washed out, worthless soil. 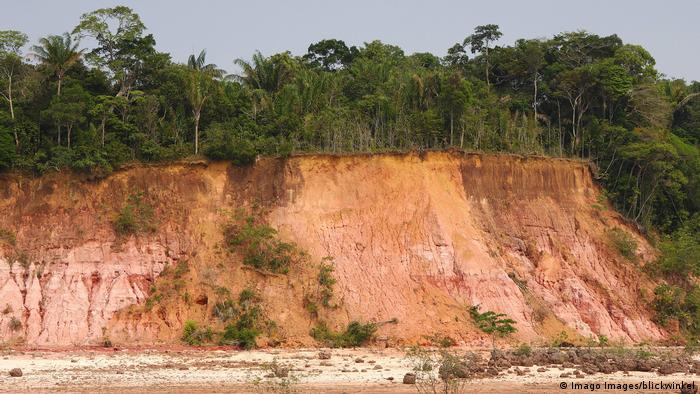 Green on top, but clay and sand at the bottom

But why is that so?

The rainforest feeds itself. Most nutrients are absorbed by the plants and do not get into the soil at all. It's a kind of supernatural cycle. The few plant remains that do reach the ground — leaves or branches — are decomposed in no time by fungi and bacteria thanks to the year-round warm and humid climate. The nutrients released, such as potassium, calcium and magnesium, are immediately reabsorbed by the roots.

There is virtually nothing left for the soil. Nor can a fertile layer of humus ever form. Just a few centimetres below the top layer of soil, there is nothing more than sand or clay. All nutrients in the rainforest are stored in the plants themselves, not in the soil. For agriculture, rainforest soils can therefore only be used for very short periods of time.