Brazil has lashed out at international critics who are blaming President Jair Bolsonaro for not doing enough to curb massive Amazon fires. Bolsonaro accused media organizations of trying to undermine his government. 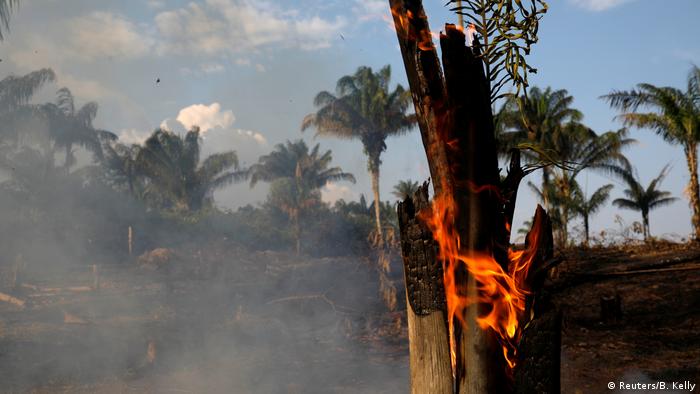 In a series of statements, Brazilian President Jair Bolsonaro on Thursday responded to mounting international criticism of his handling of the rapidly spreading Amazonian wildfires.

Bolsonaro initially stated that there was a "very strong" indication that some non-governmental groups could be behind the massive Amazon fires since his government drew back their funding, and accused international actors of trying to "interfere with our sovereignty." Later, however, in a Facebook live broadcast, he said that farmers could be involved in lighting the fires.

Brazil’s National Institute for Space Research (INPE) said that nearly 73,000 forest fires were recorded in the country between January and August, compared with 39,759 in the first eight months of 2018, and INPE figures show the fires are mainly concentrated in Amazon states.

Satellite images of the area have shown smoke rising and reaching across the Latin American continent to the Atlantic coast, according to the World Meteorological Organization.

Brazil is home to about 60% of the Amazon rain forest. Environmentalists say its degradation could have severe consequences for global climate and rainfall.

'A campaign against Brazil'

Earlier on Thursday, UN chief Antonio Guterres had said he was "deeply concerned" by the extent of the fires. "In the midst of the global climate crisis, we cannot afford more damage to a major source of oxygen and biodiversity," he said on Twitter.

Bolsonaro's government has come under increasingly sharp criticism for its inability to control the fires that have destroyed vast swathes of a forest considered a vital bulwark against climate change.

The president, however, accused media organizations of exploiting the issue to undermine his government. "Most of the media wants Brazil to end up like Venezuela," he said, referring to political and economic instability in the neighboring South American country.

"I do not defend the burnings, because there always was and always will be burnings. Unfortunately, this has always happened in the Amazon," Bolsonaro said, referring to dry season, land-clearing fires.

"But accusing me of being a Captain Nero setting fire to things is irresponsible. It is campaigning against Brazil," the president told reporters on Thursday, referring to the legend of the Roman emperor who fiddled while Rome burned.

Brazilian prosecutors on Thursday launched a formal investigation into the Amazon fires.

Last week, citing Brazil's apparent lack of commitment to fighting deforestation, Germany and Norway announced they had decided to withhold more than $60 million (€54.14 million) in funds for sustainability projects in Brazil's forests.

Filipe Martins, an adviser to Bolsonaro, said on Twitter that the government is committed to fighting illegal deforestation and that many other countries are causing environmental damage. 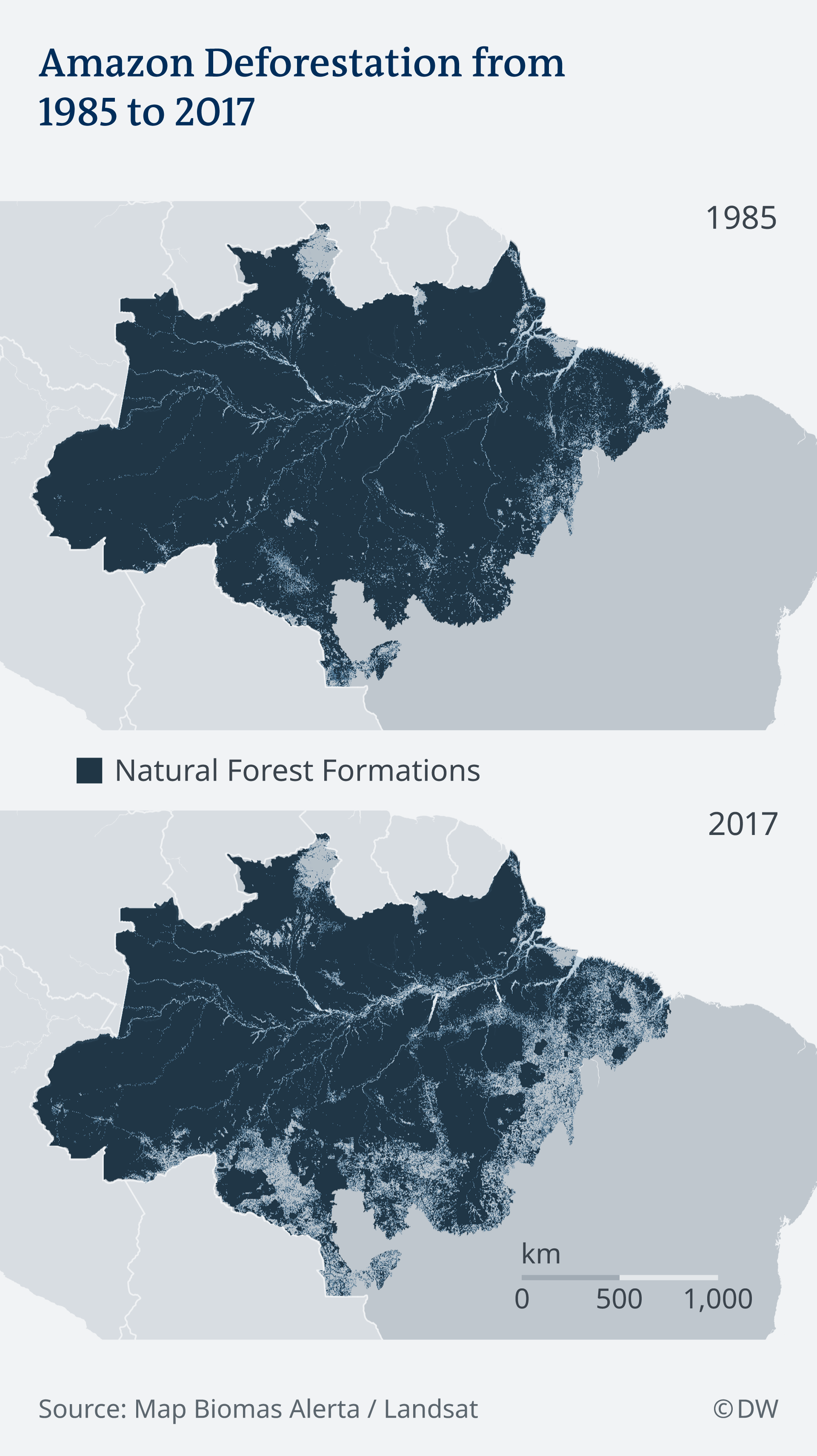 The Amazon will be saved by Brazil and not "the empty, hysterical and misleading rhetoric of the mainstream media, transnational bureaucrats and NGOs," Martins said.

London-based Amnesty International, however, blamed the Brazilian government for lying about the fires.

"Instead of spreading outrageous lies or denying the scale of deforestation taking place, we urge the president to take immediate action to halt the progress of these fires," said Kumi Naidoo, Amnesty's secretary general.

The World Wide Fund for Nature (WWF) conservation group also said that Bolsonaro is trying to divert "the focus of attention from what really matters: the well-being of nature and the people of the Amazon."

Brazil is set to host a UN regional conference on climate change in the northeastern city of Salvador ahead of December's summit in Chile.

The 25th UN Conference on Climate Change (COP25) was originally planned for Brazil, but the South American country pulled out.

French President Emmanuel Macron on Thursday said the Amazon wildfires were an "international crisis" as he called on this weekend's G7 summit to address the issue.

"Our house is on fire. Literally. The Amazon, the lung of our planet, which produces 20% of our oxygen is burning. It is an international crisis. Members of the G7, let's talk in two days about this emergency," Macron said on Twitter.

German Chancellor Angela Merkel has also called for the issue to be brought up at the G7 meeting.

Bolsonaro blasted Macron for his comment, accusing him of having a "colonialist mentality" and highlighting the fact that Macron's tweet contained an outdated photo of an Amazon fire.

"The French president's suggestion that Amazon issues be discussed at the G7 without participation by the countries in the region evokes a colonialist mentality that is out of place in the 21st century," the Brazilian president wrote on Twitter.