After unprecedented marathon negotiations in Brussels, British Prime Minister David Cameron is returning to London with a deal that he can campaign for. It was worthwhile all around, DW's Christoph Hasselbach writes. 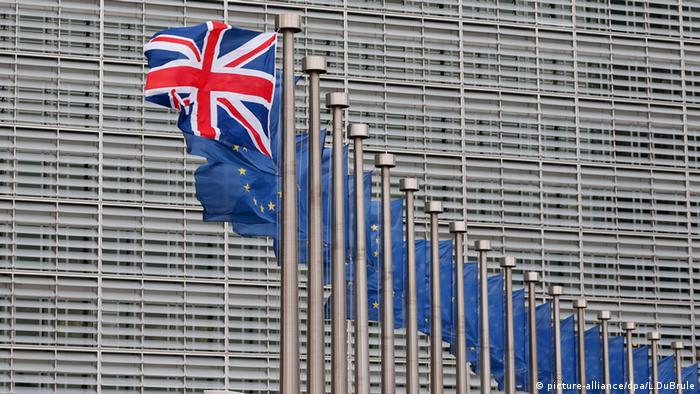 The other EU governments went to great lengths to accommodate the United Kingdom's demands. But in the end, it was right to do so. Britain's economy needs the European Union, and the European Union needs Britain. The United Kingdom provides the economic, financial, diplomatic and military leverage that the EU otherwise lacks. Plus, Germany would stand alone in a bloc of borrowers that resist reform and have become perpetually dependent on EU money transfers.

The most contentious point on the agenda was the restriction of welfare services for foreigners from within the EU, which will prove problematic for citizens of some member states who are working in the United Kingdom. UK officials claim that social services have been abused, yet the benefits of EU labor probably exceed the costs.

At the same time, it is now obvious that other states are interested in changing. German Chancellor Angela Merkel clearly supports the demand to index child benefits to the standard of living in the country where the children live. Danish Prime Minister Lars Lokke Rasmussen claimed that this had been his idea and called it a "flower in my garden." It is typical of the current mood in the European Union and also unfair: British Prime Minister David Cameron takes the blows while others silently benefit.

Britons are roused by a general sense of being controlled by powers outside their country. Even if one points out that no nation in the world enjoys true sovereignty and that membership in the union can actually secure greater self-determination than acting in isolation would, Cameron has no other choice but to confront this perception. He will have to use all his talent to sell the new deal to his compatriots. Britain's EU adversaries and the Euroskeptic press will continue making their pronouncements until the referendum on membership. Any agreement, no matter how generous, is obsolete if the British people do not consent to it. The worst thing that could happen is that the European Union caters to Britons' self-deception and in the end they still vote against the bloc.

The floodgates would open, and other Euroskeptic nations might want to leave. They, too, would probably threaten to withdraw in order to acquire special conditions. Ultimately, the word "union" in European Union would no longer have any literal sense.

It is tragic that the EU's conflict with the United Kingdom has arisen as people continue to seek refuge in the bloc. Britain - like a few other members - has stood by and watched the continent hopelessly struggle with how to help. Many people believe that vigorous national action would be more effective than unified policy. Britons in particular have a serious problem with Chancellor Merkel's policies toward refugees. If Germany were to grant citizenship to millions of people in the coming years, then they would also have the right to reside in the United Kingdom. From Britain's perspective, this would amount to entering through the back door. Those campaigning to leave the European Union have recently taken the lead in pre-referendum polls, helped by their hostility toward immigration.

A referendum held this summer, as thousands of people seek asylum in the European Union on a daily basis, could indeed produce a Brexit.

Ukraine: Zelenskyy urges Belarus not to get dragged into war — live updates 7m ago

Germany: More than 110 snakes found on farm after woman bitten 50m ago

G7 summit in Elmau, Germany: More than a show? 4h ago

Opinion: Ukraine on the way to the West 7h ago