The European Commission chief has described a deal to renegotiate Britain's relationship with the EU as "fair." While some MEPs have described the deal as sufficient, others said it doesn't go far enough. 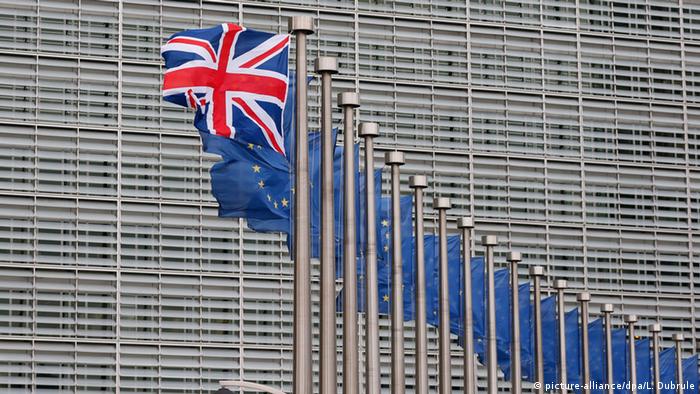 Members of the European Parliament on Wednesday debated measures that seek to reform the UK's relationship with the EU.

Emergency welfare brakes, "never closer union," safeguards for the pound - is the UK seeking to take the EU menu à la carte, yet again? In truth, the reforms are modest and in large part meaningless, argues Mark Hallam.

European Commission President Jean-Claude Juncker opened the debate, stating the proposed deal is "fair" for the UK and the EU's other 27 members.

"I have always said I want the UK to remain a member of the European Union on the basis of a fair deal. The settlement that has been proposed is fair for the UK and fair for the other 27 members," Juncker said. "It is also fair for the European Parliament … the parliament must be fully signed up to the new settlements."

The deal included a four-year "emergency brake" measure on welfare payments to EU migrant workers, a concession to one of Cameron's key demands. It also offered a "red card" system that would allow member states' parliaments to collectively override EU legislation.

"On the safeguard mechanism … this mechanism is, of course, tailor-made to the UK situation and a response to one of the issues that Prime Minister Cameron raised," Jucker's spokesman Margaritis Schinas said at a press briefing in Brussels.

However, former Belgian premier and current MEP Guy Verhofstadt, who leads the Alliance of Liberals and Democrats for Europe (ALDE) party in parliament, criticized the measures.

"We should not add emergency brakes every time a European leader faces a problem with his public opinion," said Verhofstadt.

"I find it rather humiliating that a British prime minister has to do this. But I'm certain of one thing: he won't get another thing," said Farage, referring to Cameron's negotiations with EU officials.

Cameron is expected to meet with EU leaders at a summit in February to finalize a deal that he says shows "real progress."