Emergency welfare brakes, "never closer union," safeguards for the pound - is the UK seeking to take the EU menu à la carte, yet again? In truth, the reforms are modest and in large part meaningless, argues Mark Hallam. 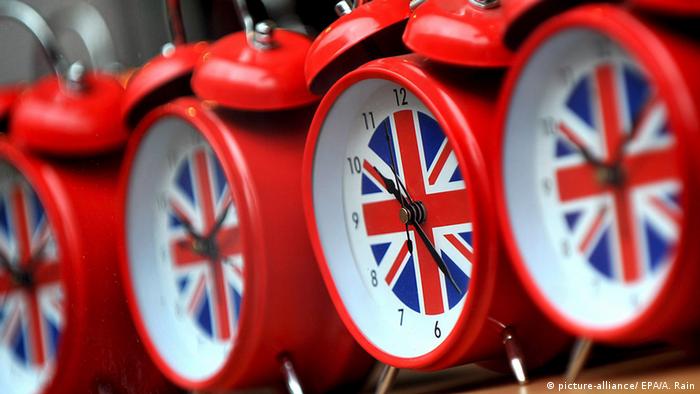 Britain's relationship with the EU has never been straightforward. History and simple geography dictate this - salt water separates us. Not for nothing does the phrase "on the continent" have a meaning in the UK that can confuse and confound almost any visitor. Questions like "which continent?" and "but surely you're part of it, too?" tend to follow.

Not only does the island nation perceive itself as removed from mainland Europe, it also maintains extremely close cultural and historical ties to a plethora of other major players: the US, Canada, Australia and New Zealand, India, Pakistan, much of Africa - the list keeps on rolling. In a sense, one might argue that some of these partners are closer to London than Paris, Berlin or Brussels - albeit not in terms of political integration and economic cooperation. 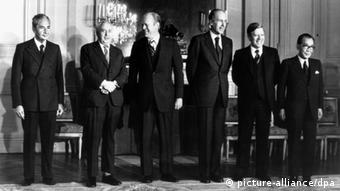 When Britain last voted on Europe, Helmut Schmidt was German chancellor, and it was only a "G6"

A latecomer to the European Economic Community, as it was known then, Britain joined in 1973. It took just months for the Labour opposition of the time to insert a promise of an "in/out" referendum into its 1974 general election manifesto. Harold Wilson's center-left party ousted Ted Heath's Conservatives at the polls by the narrowest of margins, called a 1975 vote on what was more of a free-trade area at the time, campaigned for the country to stay, and eventually Britons voted overwhelmingly (67 percent) to remain in a "reformed" Common Market.

It all sounds eerily familiar, doesn't it?

Then, as now, domestic politics drove the EU debate. While Prime Minister David Cameron once counted himself as a card-carrying euroskeptic, he's no longer an ambitious young backbencher for the opposition - he's in charge of Europe's second-largest economy. Power has softened his ideological streak (such as it ever existed in one of the Conservatives' more pragmatic personas) but sharpened his senses for the public mood and for Britain's precarious political balance.

The problem's simple: overall, Britain's politicians view EU membership more favorably than its voters. For all the noise made by politicians like UKIP leader Nigel Farage, or more euroskeptic Conservatives like Boris Johnson or Jacob Rees-Mogg, the House of Commons would surely vote far more comfortably to remain in the Union than the British public will. 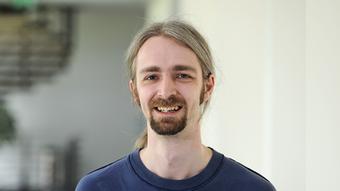 For Mark Hallam, Cameron's taking a huge international risk to offset domestic ones

This has driven discontent at home, and explains the real reasons Cameron needed first to offer a referendum - and then to at least make it seem like he'd changed the rules of the game before the public decides. After all, how can you run a fierce political campaign on a platform of stagnation or the status quo?

His four "baskets" of reform, though sure to meet resistance from some EU members, and potentially from the Commission, are neither exclusively for Britain's benefit, nor groundbreaking alterations to the EU's shape. As such, European countries should think hard before digging their heels in too deep. Let's tackle them in reverse order of significance and controversy:

Greater EU competitiveness: What's not to like here? And more to the point, how would one even define it? Positive headline, minimal effort. Controversy and difficulty quotient: nil.

Safeguards for non-eurozone members: Given that the EU by no means agrees that the single currency enjoys a competitive advantage, you could question whether anything's really changing here at all. Furthermore, it focuses not on changing existing rules, but pledging future results - far less complex for the EU. Controversy and difficulty quotient: very low.

'Ever-closer union' opt-out: For British euroskeptics, a crucial concession concerning the EU's greatest problem. For European politicians somewhat jaded by Britain's special deals and extra negotiations, this was already a de facto reality years ago - probably ever since Westminster had to withdraw from plans for the single currency in the 1990s. The euro, Schengen, refugee relocation - the UK's existing, substantive opt-outs are far more significant than the wording of the constitution's preamble. Controversy and difficulty quotient: low. 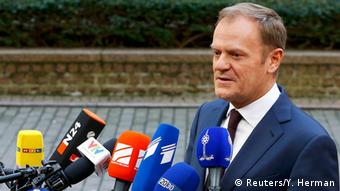 The close involvement of Tusk, a Pole, could prove crucial down the line

Emergency 4-year migrants' welfare brake: The only truly substantive change on the table; therefore the one to involve the most negotiation and the most changes to Cameron's original requests. Contentious in parts of the bloc - and among those European politicians most tied to the unrestricted free movement of people - but also a welcome suggestion in others. In Germany, for instance, such a proposal has been the stuff of wet dreams for years for back-benchers in Chancellor Merkel's Christian Democrats. Controversy and difficulty quotient: Very high at the Commission and in countries like Poland, Hungary and Spain. However, even here, the UK has powerful allies.

So why go through all this rigmarole?

For outsiders looking into British politics, all this begs an obvious question: why would Cameron go through such an extended, risky process, which he started way back in 2013 at the Davos World Economic Forum? After all, the prolonged uncertainty arguably harms the interests of his country, the EU, and even key external allies like the US, for whom Britain is an indispensable, familiar and Anglophone element in what can be a distant and confusing bloc of many tongues and outlooks.

To find out, you have to cross the Channel. Last May's general election was quite probably the most pleasant surprise of David Cameron's political career. All the polls suggested that a hung parliament, a coalition, or some other kind of minority government beckoned - but the people delivered the Tories the narrowest of majorities instead. While it's not fair to suggest this was the decisive issue, Labour leader Ed Miliband had said his party would not provide an EU referendum.

What's more, while Germany is only now coming to terms with the realities of a euroskeptic, populist party, the AfD (Alternative für Deutschland), consistently polling at a significant level, Cameron's fought such an influence throughout his decade atop the Conservative Party.

Were Britain's parliamentary system the same as Germany's, the United Kingdom Independence Party would have claimed 12.6 percent of the seats in the German Bundestag - dwarfing any of the current opposition to Merkel's grand coalition. Owing to Britain's (frankly unrepresentative and democratically flawed, but that's the stuff of a different commentary) first-past-the-post system, only one UKIP MP - himself a turncoat Tory - made it into parliament. It could easily have been more. And a significant part of the British public and the Conservative voter base would have liked UKIP to fare better.

This referendum, Britons' first chance to opine on the European Union since it was given its current name, targets these two groups of people. Voters, and perhaps several dozen Conservative politicians, for whom only a public vote can settle Britain's debate "on the continent."

David Cameron and Donald Tusk remain locked in negotiations over the terms of EU membership ahead of the UK's in-out referendum. But will these talks really influence the vote, and how's the public mood? (01.02.2016)

Italy: Venice to charge day-tourists to visit city 3h ago

Opinion: Hong Kong-China: Beijing must be held accountable for its actions 21h ago