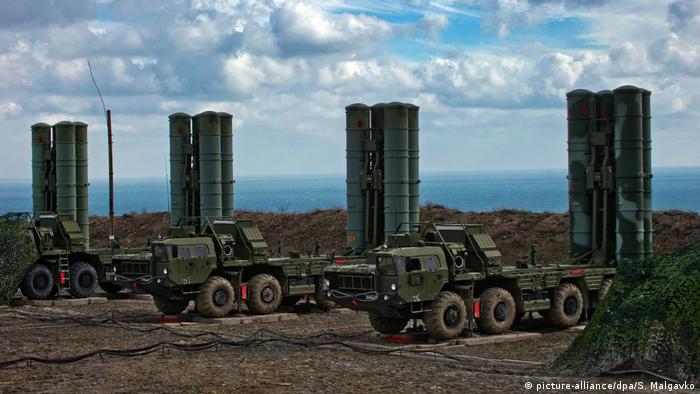 What is an alliance, and what is its purpose? The obvious answer to this question is that states join forces for mutual benefit to ward off real dangers. Or at least to be prepared to defend against potential dangers.

These days the role of alliances is being increasingly called into question because of the compromises required from all parties to make them work.

Read more: NATO and Russia's maneuvers and countermaneuvers in the Baltic Sea

Ever since the failed coup attempt three years ago, President Recep Tayyip Erdogan — Turkey's purported strongman — removed the word "compromise" from his vocabulary. 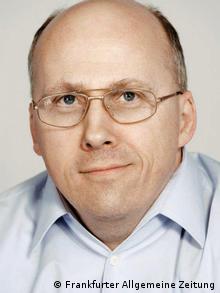 Peter Sturm is an editor at the Frankfurter Allgemeine Zeitung

The problem with Erdogan is simply that he equates his own interests with those of the Turkish state. Moreover, since he got it into his head that the United States should extradite cleric Fethullah Gulen, whom Erdogan declared to be the instigator of the coup attempt, he is ready to stick his neck out to persuade Washington to give in.

The fact that Turkey is a member of NATO — for good reason — obviously no longer matters to Erdogan: He is just interested in taking his country on his own path.

Erdogan has found somewhat of a kindred spirit in Russian President Vladimir Putin. Putin, however, is not so concerned about Turkey's interests — though if it comes at a chance to weaken NATO, he will immediately be on board.

From Russia's perspective, it is therefore only logical to sell the S-400 air defense system to Turkey. By doing so, not only does Moscow continue to stoke tensions in the Western alliance, but as a collateral benefit, it will also receive the most valuable information about NATO.

If the Turkish government gives assurances that such a breach will not happen, it is either unforgivably naive — or straight up lying.

Still a chance for reasonable arguments?

NATO partners are also continuing talks with Turkey over the American Patriot missile defense system. But obviously, more than anything, this is all just fuelling Erdogan's ego trip.

It is unknown what, if anything, can be achieved through reasonable debate now. If the answer is 'No' to the Americans, then Washington will certainly impose new sanctions on Ankara — something that all Turkish people will feel.

If this happens, it will definitely not make NATO any more popular on the Bosporus. It is shaping up to be a lose-lose situation for the alliance.

Burkina Faso military claims to have taken power 2h ago