Europe has long been ignoring the deteriorating security situation in Afghanistan. But now that the Taliban has seized power, some Western countries act stunned. This hypocrisy must stop, says DW's Waslat Hasrat-Nazimi. 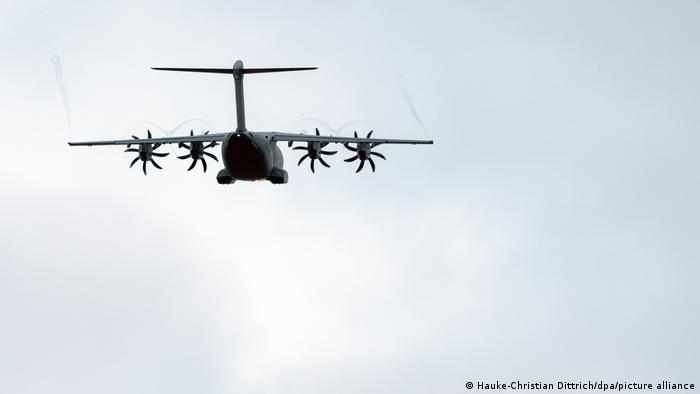 Germany's Bundeswehr prepared to evacuate German citizens from Kabul on Monday — but what about Afghan civilians seeking safety?

Within just a few days of the US troop withdrawal from Afghanistan, the Taliban began capturing one province after another. As the provincial capitals fell like dominos, thousands of Afghans fled their homes and headed for what they thought would be the safe haven of Kabul. But now the Taliban has taken the capital, too.

Meanwhile, the Western world is looking on, stunned as the Islamic Republic of Afghanistan is transformed into an emirate governed by the Taliban. I've been inundated with calls and messages from friends and colleagues expressing their sympathy.

A mission based on lies

The reason why this recent development has shocked so many is that they now realize that their governments launched a mission in Afghanistan 20 years ago not to defend human rights — but for reasons of political expediency.

But now that political priorities have changed and the cost-benefit equation no longer adds up, they wanted out. As fast as possible. 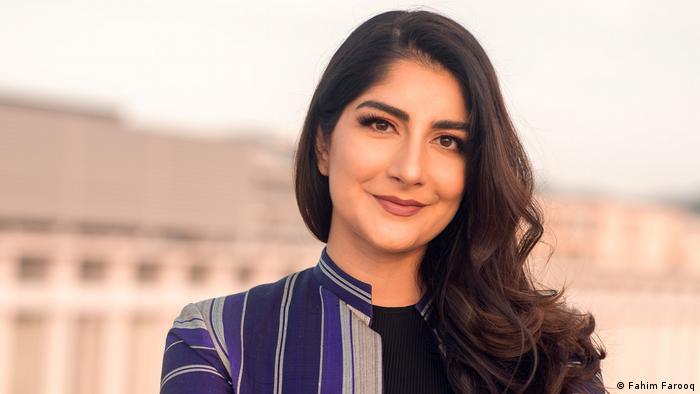 The mission was one big lie. Joe Biden is determined to see that the mission overseen by four US presidents won't be handed on to a fifth. Human rights? Women's rights? Democracy? That's no longer the West's problem, it seems, it's suddenly for Afghans to sort out among themselves.  "Afghan leaders have to come together," said Biden recently. "They've got to fight for themselves, fight for their nation."

But what Biden fails to mention is that the US did not only invade Afghanistan back in 2001 in order to fight the Taliban and al-Qaeda. The US also promised the Afghan people that it would bring democracy to their country.

Protecting the rights of Afghan women was one of the main arguments for the US-led war on Afghanistan. But two decades on, it's clear that this was all just empty rhetoric; neither women's rights nor democracy were the top priorities.

The same women who supposedly stood up a bit too vehemently for their rights in recent years were placated with promises that democracy and rule of law would always triumph, are now being cast back into the darkness in which they existed prior to 2001. They have been betrayed and abandoned. Many women's rights activists now fear for their lives.

Refugees must be taken in

The EU and Germany's asylum policy is no less hypocritical. Recent years have seen millions of Afghans flee their home country for years. No one makes this decision lightly. They fled because the security situation in Afghanistan had continued to worsen; their plight was ignored. Afghanistan was deemed a "safe country."

Many refugees were deported, others were only tolerated. Thousands of Afghans are living in appalling conditions in Greece, Turkey and the Balkans. EU politicians have refused to acknowledge the gravity of the security situation in Afghanistan and that the international mission has failed.

But now that it's too late, politicians, the media and academics are professing their shock. Western countries — including Germany — have a responsibility to Afghanistan. Instead of supporting warlords and corrupt politicians in recent years, they should have made concerted efforts to understand and engage with the Afghan people, their culture and society. They should have listened to the women's warnings instead of fobbing them off with meaningless promises. Rather than helping build an army, they should have been helping the Afghan people build a future.

Fleeing the Taliban - but where to?

So what happens next? Western countries must guarantee Afghan refugees asylum, as fast and as unbureacratically as possible. They must take in the Afghan refugees waiting for decisions on their status and living in terrible conditions in EU countries. They must also take in the Afghans who will arrive in the next few months and years, having fled a devastated country left high and dry by the West. That's the least Europe owes the people of Afghanistan.

Indonesia: Fire and feud kill over a dozen people at nightclub 1h ago