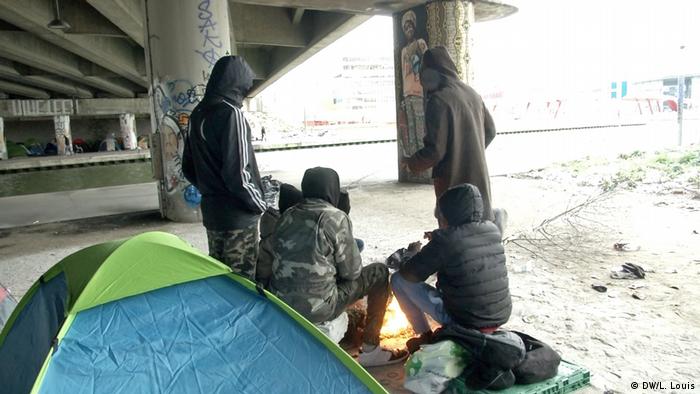 The European Court of Human Rights (ECHR) on Thursday ordered France to pay compensation to three asylum-seekers who spent months sleeping on the street without any financial support.

The court noted that the applicants, all single men, waited months for acknowledgement that they had lodged asylum claims. Without this recognition, they were not able to access housing or welfare payments, and were at risk of deportation.

The court heard how one of them, a 46-year-old Iranian journalist, lived on the streets for almost six months before being granted refugee status. Another applicant, a 27-year-old Afghan national, was ultimately granted humanitarian protection in France after sleeping under canal bridges for 262 days. The third complainant was from Russia.

The court said French officials had "failed in their duties," and that the men were "victims of degrading treatment" who were "sleeping rough, without access to sanitary facilities, having no means of subsistence and constantly in fear of being attacked or robbed."

The court rejected a claim by a fourth asylum-seeker because, although he had lived in a tent for nine months, he had been given a subsistence allowance after two months.

Since mid-2018, authorities in France have stepped up efforts to clear migrant camps on the outskirts of Paris and move the people living there to shelters. Many of those sleeping rough included undocumented migrants and those attempting to apply for asylum in France. But NGOs say even recognized refugees and registered asylum-seekers ended up sleeping there because of a severe lack of official accommodation.

The leaders of Germany, Turkey, Britain and France held a video call to try to stop a new EU migration crisis. Chancellor Angela Merkel pledged to keep to an earlier pact that pays Turkey for taking back migrants. (17.03.2020)