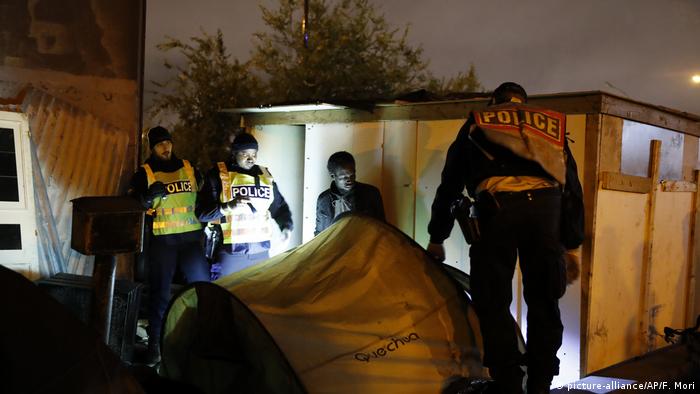 Police dismantled two makeshift migrant camps in northeast Paris on Thursday, a day after French President Emmanuel Macron's government vowed to clear all tent camps in the capital by the end of the year.

"1,606 people were evacuated and the site is now freed of all its occupants," police Prefect Didier Lallement told reporters.

Lallement said he would not allow the camps to be re-established, with police threatening to send those who return to the sites into detention centers.

Around 600 police officers were involved in the operation, while migrants were bused to gym halls for temporary accommodation, reported public broadcaster FranceInfo. 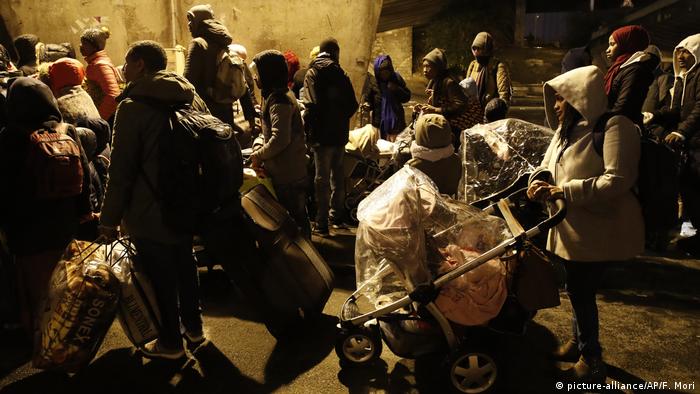 Up to 20% of those living in the camps are refugees who have been unable to find a place to live, said the deputy mayor of Paris

Thursday's operation marked the 59th time that the makeshift camps in Paris have been cleared since 2015, Paris Deputy Mayor Dominique Versini said.

Out of the people living in the tent camps, around 15% to 20% are refugees who have not been able to find a place to live despite having been granted asylum, Versini told FranceInfo.

Macron's shift to the right

The clearing operation on Thursday was the largest of its kind in over a year, and comes a day after Macron's government unveiled new immigration measures.

Vowing to "take back control" of immigration, the government announced it would implement a quota system that would cap the number of immigrants according to job needs in certain professions.

The policy marks a shift to the right for Macron's centrist government, prompting criticism that the French government is trying to appeal to far-right voters ahead of municipal elections in 2020.

Hundreds of migrants and refugees have been living in tent camps underneath highways around northern Paris, particularly since a large makeshift camp in the port city of Calais was dismantled in 2016.