In a risky show of force President Trump ordered a missile strike against a Syrian air base. The move not only stands in sharp contrast to his previous stance but also inserts the US into a conflict with no end in sight. 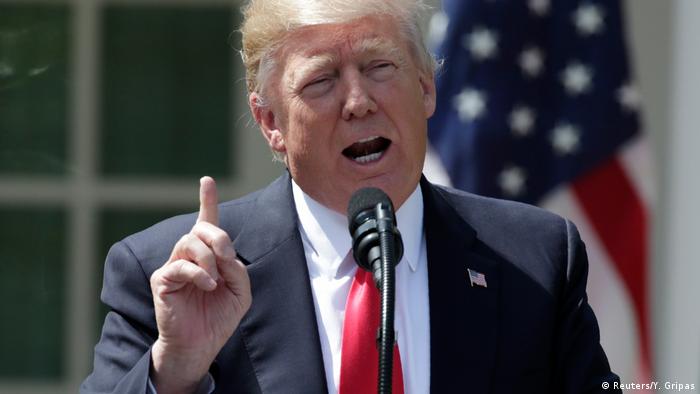 There was a reason why Donald Trump's predecessor went against the opposition of many - including cabinet members, like then Secretary of State Hillary Clinton; congressional leaders, like Republican Senators John McCain and Lindsey Graham; and international politicians, like French President Francois Hollande - and ultimately decided against direct military intervention in Syria.

At the time, the US and the world were still reeling from the two American-led military interventions in Afghanistan and Iraq and another military engagement that was not US-led, per se, but would not have taken place without America's backing, that in Libya. After years of carnage, all three have yet to produce the desired outcome of at least stabilizing those countries, if not pacifying them. 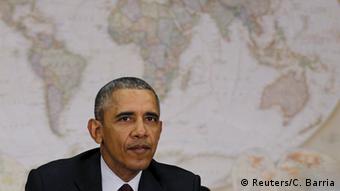 Obama did not intervene directly in Syria, a decision that some of his advisers opposed

But the main reason President Barack Obama decided to not intervene in Syria was that - as harsh as it may sound and as horrific as the conflict undoubtedly is - Syria did not pose a threat to US national security. While Obama sometimes wavered in this stance, especially with his ill-advised "red line" remark, he generally stuck with his position: the Syrian conflict simply did not meet the threshold necessary for a US intervention. It did not threaten US national interests.

Obama's stance only hardened after he let himself get drawn into the ill-fated Libyan intervention against his own convictions. He then realized that an intervention in the even more complex Syrian conflict would require the US to fully commit itself politically, militarily and financially to solving the war-torn country's conundrum.

Intervening in Syria would require not just major military muscle but years of nation building, a task dreaded by many Americans. And as Obama knew, war-weary Americans still suffering economically from the fallout of a financial crisis were in no mood for such a commitment.

Donald Trump saw the issue similarly until very recently, but true to his style, he voiced his opposition against military action in much stronger terms than Obama. In 2013 via Twitter, Trump strongly and repeatedly warned against a US military intervention in Syria. It is fair to say that Donald Trump was a staunch opponent of military action against Syria.

Moreover, Trump also repeatedly hinted at working with the Assad regime against what the US president considers, with some justification, the real threat to US national security: the so-called Islamic State. This stance fell broadly in line with Trump's America First campaign theme, which stipulated that the US should focus on domestic concerns and only act internationally when it clearly benefits the nation's interests.

But apparently Trump's whole calculus suddenly changed after this week's suspected chemical weapons attack against a rebel-held Syrian city that killed scores of people, including many children. To be sure, if new facts arise, presidents are not just entitled to change their minds but should in fact do so. The problem remains that - just as after Obama's red line comment - there exists no convincing plan on how to solve the Syrian quagmire.

What's more, President Trump's repeated failures to implement comparatively easy policies domestically, like the travel ban or health care reform, do not indicate that he is better equipped to solve much more complex global issues such as the Syrian conflict.

Donald Trump's emotional reaction when he spoke about "the beautiful little babies" that were killed in the Syrian gas attack was understandable and was shared by many. But his impulsive political and military response to insert the US into the conflict is dangerous.

Donald Trump prides himself on making quick decisions, being unpredictable and being a game changer. From his vantage point, his U-turn on Syria fits his modus operandi perfectly. It puts US antagonists like North Korea and Iran on notice, proves to his domestic audience that he pulls through where Obama left off and pushes all the vexing petty issues like the Russia investigations or health care reform onto the backburner. But the price America and the world may have to pay for this maneuver may be high.

US fires cruise missiles on Syria – the first reactions

US polarizes world with attack on Syrian regime

From Russia to Israel, the US missile strikes on a Syrian airbase have divided the international community. But the fallout is likely to spill over Syria's borders as alliances supporting and opposing Assad consolidate. (07.04.2017)

US envoy urges North Korea to stop tests, engage in talks 1h ago

Taiwan speaks with US on taking 'meaningful' UN role 2h ago

Colombia captures its most wanted drug lord 'Otoniel' 4h ago

Hungary: Orban accuses EU, US of meddling as election looms 7h ago

Opinion: EU emphasizes power over values in row with Poland 11h ago