Should Siemens deliver gas turbines to Crimea? Of course not. But what about Siemens' Russian partners? The latest controversy shows how business deals can quickly become geopolitical, says DW's Christian F. Trippe. 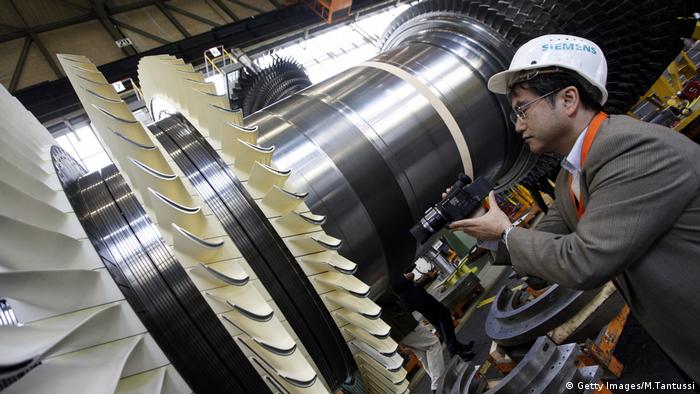 Siemens has had some explaining to do in recent days. How is it possible that the German multinational industrial manufacturer's Russian partners transferred high-quality Siemens turbines to Crimea without its knowledge? Siemens holds shares in this company, but claims it is surprised about the plans in Crimea. The Berlin and Munich-based company says that its Russian partners have used tricks and violated contracts. That is why Siemens is now suing its Russian partners and has threatened to take further legal action if they continue operations in Crimea.

Siemens is trying to get off scot-free. But if it is proven that the company delivered embargoed goods in a roundabout way to Crimea, which was annexed by Russia in 2014, then it has clearly been violating EU sanctions. It would mean a multinational corporation was making shady deals just for the sake of money. Concerns about becoming implicated in a politically disastrous and legally very costly battle in Europe must be weighing heavily on Siemens. It seems like it would rather risk going forward with a, in many ways, dubious trial in Russia. A business would have to be up to its neck in problems for it to sue a partner without legal certainty. 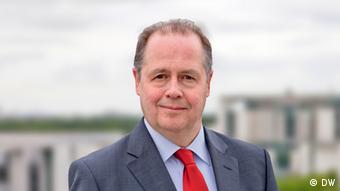 Siemens has already had had to deal with trade obstacles in Crimea. A few days after Russian military forces occupied the Ukrainian peninsula and subsequently annexed the territory, Siemens CEO Joe Kaeser flew to Moscow for a cheerful meeting with Russian President Vladimir Putin. Afterwards, Kaeser referred in an interview to "temporary turbulence" in the region, meaning the West's harsh diplomatic response to Putin's neo-imperialism. Observers at that time voiced their suspicion that Kaeser and other German business leaders valued their bonuses much more than international law.

Siemens already knew three years ago that good business relations cannot be forged in a political vacuum. Now, the atmosphere is charged with tension and Siemens is not the only one feeling it. German companies and the German government itself have been accused of playing a perfidious double game. Politically, there is no question that the EU's economic sanctions against Russia have hit Germany the hardest and they continue to be implemented to this day - despite all the resistance to them. But economically, the main accusation is that business is booming for German companies despite - or maybe even because of - the sanctions.

Geopolitical game without a referee

This accusation mostly comes from Warsaw and Kyiv - which does not really surprise anyone. But it is being heard more frequently in Brussels and it should serve as a wake-up call for Berlin. Ever since the US has been trying to torpedo the planned construction of a Russian-German gas pipeline through the Baltic Sea, German-Russian business relations have evolved into a game of geopolitics. However, businesses usually play hardball, with very few rules and no referee.

The new pipeline will probably cost 10 billion euros ($11.4 billion) to build. Ukraine stands to lose the most in this game - likely around 2 billion euros - and this is certainly not a mere side effect. In this complex situation, Siemens - and by proxy, the German government - would be well-advised to clean up their act in Crimea, or even better - avoid it all together.

Have something to say? You can add your comments below. We look forward to hearing your opinion.