US sanctions bill on Russia flawed by lack of coordination with Europe, says analyst | World| Breaking news and perspectives from around the globe | DW | 16.06.2017

US sanctions bill on Russia flawed by lack of coordination with Europe, says analyst

Germany and Austria have criticized a US Senate Russia sanctions bill that could open EU firms up to fines for participation in a new gas pipeline. While the bill has a flaw, it isn't protectionist, says one US expert. 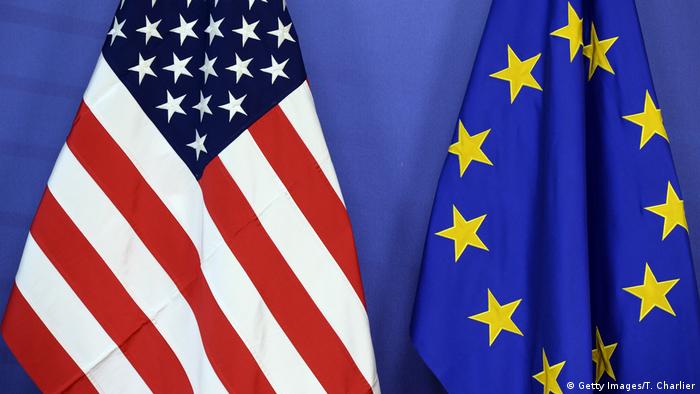 DW: With a large bipartisan vote, an unusual feat these days in Washington, the US Senate approved a bill that would slap new sanctions on Russia, but also impede President Donald Trump's power to ease those sanctions without the consent of Congress. It is a move that has been called the Trump-proofing of Russia sanctions. Is that a good idea in your opinion?

Jeffrey Rathke: The important political context here is the Russia investigations happening, which are in Congress and through the special counsel. This is an attempt to shore up the Russia sanctions and prevent them from being quickly lifted as part of some kind of rapprochement between the Trump administration and [Russian President] Vladimir Putin. That's what's driving this politically. But the details in this bill have gotten a lot less attention, and that's where I think there are serious questions that have to be addressed about the effects of this bill, especially cooperation with our European and international partners in the sanctions effort.

Do you support the bill limiting the president's ability to ease the sanctions?

I don't want to take a position on the bill one way or another. But this is not the first time Congress has imposed sanctions by law, thereby tying the hands of the president. This is what happened with the Cuba sanctions over the years; this is what happened with the Iran sanctions over the years. There is often a very clear short-term political imperative behind them, but then it makes it very complicated for the executive branch to execute foreign policy. 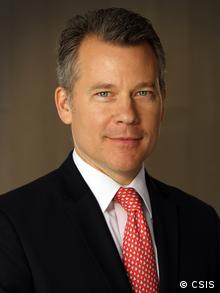 Germany and Austria have slammed part of the bill, calling it an unacceptable "threat of illegal and exterritorial sanctions against European companies," as it would open the door to fining European firms who participate in the Nord Stream 2 pipeline, which transports Russian natural gas to Germany. Both countries allege that the bill is a protectionist measure to help US gas companies. Are they right?

Although the bill does make reference to the potential of US liquefied natural gas (LNG) exports, that is not what is driving this bill. Both US parties have been critical of the Nord Stream 2 pipeline ever since it was proposed. Both parties see it as something that would undercut Ukraine's position and that would make Ukraine subject to more political leverage by Russia. This is what's driving it.

The way the US gas market is organized, gas is produced by private companies, and LNG will only be exported to Europe if it is price-competitive or if countries are willing to pay more for LNG than for pipeline gas. A protectionist lens is not the right one through which to look at this legislation.

Why, then, do you think Germany and Austria have complained so loudly about this bill, accusing the US of meddling in European energy affairs?

Germany and many other European countries have been opposed to the idea of secondary sanctions, or what they sometimes call the extraterritorial application of US sanctions. That's a consistent position and it goes back decades to when the Iran and Libya sanctions were first passed in Congress. European countries have grudgingly accepted in the case of the Iran diplomacy that it was important for the US and Europe to coordinate on sanctions, and so they toned down their criticism of US sanctions. I think privately many European officials will acknowledge that US secondary sanctions have been extremely important in some diplomatic efforts, especially the Iran nuclear diplomacy.

The bill doesn't really take account of the fact that sanctions on Russia with regard to Ukraine and the annexation of Crimea and the Russian intervention in eastern Ukraine have been coordinated between the United States and the European Union. And that has been a major reason for their effectiveness. This bill doesn't really take account of the coordination with European partners, and that is certainly a flaw in the bill. That wasn't the primary intent of the drafters, but it is certainly in there and it is something the House will probably have to consider if they take up this bill, because it is something that has an impact on the trans-Atlantic diplomacy in the Ukraine case. 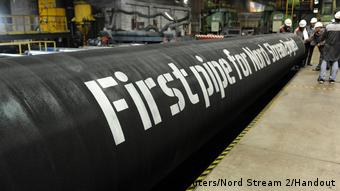 The planned bill has also drawn opposition from Secretary of State Rex Tillerson, who worries it would close communication channels with Russia. What is your sense of what will happen with this bill?

That's hard to say. In the [House of Representatives] there have been some members of the Foreign Affairs Committee who have been working on sanctions related to Russia. I have not seen those bills published, so we don't know what's in them. The House also has not set a timeline for taking up this bill. It is implicitly connected with the more domestic nature of the Russia issues here, so the more those issues remain on the front burner, the greater the pressure on the House to act on the bill. They could in theory pass a slightly different bill that would give greater waiver authority to the executive branch and that might give greater account to the coordination between the United States and the European Union and indeed the G7. That would bring Japan and Canada into that as well.

To clarify one thing, when Secretary Tillerson expressed concern about the bill, I think he expressed concern that it might impede communication with Russia. The concern from my point of view is the coordination with Europe. And that is what I think is important diplomatically - to keep the United States and the European Union on the same page.

The other thing I would add is that sanctions for Nord Stream 2, as I read the bill, are discretionary. They do not require the US government to impose those sanctions, but they give the US government the option to do so. And also in the view of Republicans and Democrats on Nord Stream, they realize that within Europe there are very different views on the project. There are countries like Germany, Austria, France and Italy which support it and there are other countries that have deep concerns.

Jeffrey Rathke is a senior fellow and deputy director of the Europe Program at the Center for Strategic and International Studies (CSIS).