The conservative People's Party and the Greens made big gains in Austria's snap election, and the far-right Freedom Party took a beating. But that doesn't mean much will change, says Norbert Mappes-Niediek. 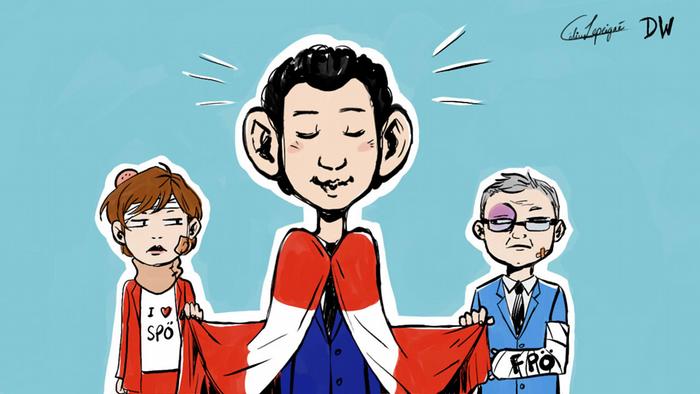 Those keeping score will note that Austria made a slight shift to the left in the parliamentary vote on Sunday — or at least a tentative move away from the far right. But for followers of the electoral campaign, a closer look provides a different conclusion.

Two years ago, a coalition made up of the conservative People's Party and the far-right Freedom Party collectively won 4 percentage points more than they did this time around. Meanwhile the Greens, whose miserable 3.8% two years ago lost them their place in parliament, performed better in this election than ever before. In terms of voter sentiment and the stance of the electorate, however, nothing has changed. 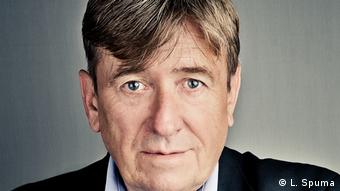 The victory of former Chancellor Sebastian Kurz represents a broad conservative consensus: "We" Austrians are doing well, without refugees, with a modest (and above all lower) number of foreigners, with a strong sense of national pride and identity. Kurz represents a return to a pre-1968 politics, and a European Union that doesn't interfere.

Voters want to be spared any challenges. The most cited statistic during the election campaign was the supposed 0.2% that this small, innocent country contributes to the world's greenhouse gas emissions. For Austrians, gas prices are a deciding factor — let the big countries worry about the planet.

That Kurz nevertheless won just over 37% of the vote, and not 60%, can be explained by Austria's political mentality. By limiting conflicts to smaller issues, the parties have managed to carefully avoid disagreements on fundamental issues. Voters want the distance between the parties to stay the same. If the people want a move to the right, politicians from all parties have to follow suit.

The Greens had their opposition to the right's tough refugee policies to thank for their weak performance in 2017. This time around, they avoided the topic — and it paid off. Their renewed focus on climate change has been successful, as long as they don't threaten to impose painful measures to limit CO2 emissions. A vote for the Greens soothes an uneasy climate conscience.

The center-left Social Democrats, on the other hand, suffered on Sunday. Avoiding the delicate topic of migration wasn't enough to win them votes, nor was their angry opposition to health insurance restructuring, a topic for specialists and officials. And their protest against new labor laws that allow for 12-hour workdays and 60-hour workweeks didn't interest their voter base. For the working class, the classic family model is in favor right now: dad works overtime, while mom takes care of the home and earns a little on the side.

Making matters worse, the Social Democrats chose a weak and insecure candidate in Pamela Rendi-Wagner, who tried to make up for her party's lack of a clear stance with empty calls for "humanity" and "solidarity." But strong men and tough attitudes are what the voters want right now, and the Social Democrats weren't prepared.

Sunday's results, particularly the far-right loss of nearly 10 percentage points, suggests another misunderstanding: that voters would show their disgust after the infamous Ibiza video showing long-time Freedom Party (FPÖ) leader Heinz-Christian Strache bargaining with a woman claiming to be a Russian tycoon's niece at a boozy party.

The public had four months to show their outrage and severely punish the party. In the end, the FPÖ came in third with about 16% of the vote. The takeaway? That's just how politicians are. And if they are making dirty deals, they should at least behave elegantly and not allow themselves to get caught.

Search for a coalition partner begins

For Sebastian Kurz, all options are on the table. He'd have an absolute majority with the Greens, who have already made their advances. But he faces opposition from the Vienna delegation. It would be easier for Kurz to go with the Neos, a small economic and socially liberal party backed by wealthy, educated urbanites.

The Freedom Party would also be an option. But Harald Vilimsky, a senior party figure, has said he sees "no mandate" to move forward with a coalition with the People's Party. But he may be playing hard to get: the FPÖ courted Kurz doggedly during the campaign. Now it makes sense for them to turn the tables and raise the price. The FPÖ could decide to refuse a coalition and move to the opposition — a scenario that would be most unappealing for Kurz. Get ready for a long negotiation process.