Austria′s political scandal fails to stick in election campaign | Europe | News and current affairs from around the continent | DW | 28.09.2019

Anti-government protesters were jubilant when Austria's coalition with the far-right collapsed as a result of the Ibiza scandal. But ahead of Sunday's election, polls showed the fallout has had a limited impact. 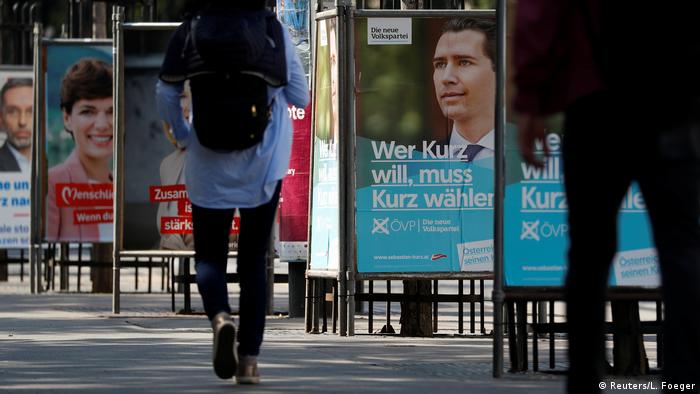 She's getting ready to go out — some of her favorite DJs are playing at a music festival in Vienna. Her laptops sits on her bedroom floor and when a friend sends her a link over Facebook, she drops down to open it — lying across the beige carpet. "I didn't get up again for five hours," she says. "I just stayed up all night, reading the news on the internet."

The link Fellerer had been sent was the now-notorious Ibiza video, released in May 2019, showing Austria's far-right Vice Chancellor Heinz-Christian Strache with a woman who was pretending to be the wealthy niece of a Russian oligarch. In a villa in Ibiza, between swigs of champagne, vodka and red bull, the woman says she might buy Kronen Zeitung, Austria's largest tabloid newspaper. In reply, Strache suggests he could fix state contracts in exchange for editorial support.

The video — filmed in 2017 — was a set up. Cameras and microphones had been installed in the light switches. Even today, there are few details about who organized the trap or why they waited two years to release the footage but the Ibiza scandal was unprecedented in modern Austrian politics. 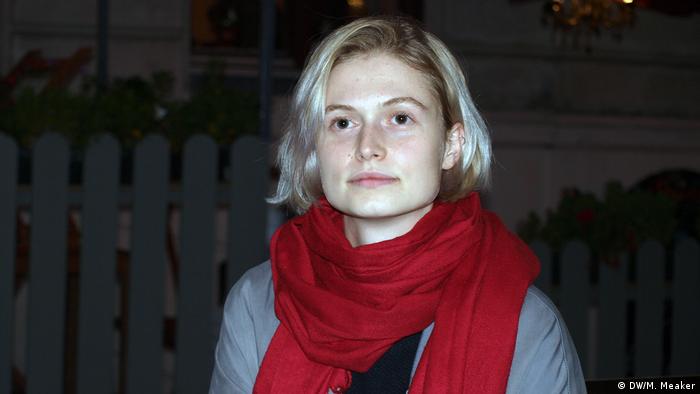 For Fellerer, this was a big moment; she felt euphoria — and relief. "I thought, people who didn't see Strache was corrupt would have to believe it now because there was evidence."

As an organizer behind Vienna's anti-government Donnerstag — or Thursday — movement, the 22-year old is a fierce opponent of Strache's far-right Freedom Party, the FPÖ. Since October 2018, she has been part of the group organizing almost weekly demonstrations on Thursdays, bringing hundreds — sometimes thousands — out to the streets to protest against the country's governing coalition that paired Strache's Freedom Party with the Conservative People's Party (ÖVP), headed by then Chancellor Sebastian Kurz.

For the people who took part in the Donnerstag movement, the weekly demonstrations became an opportunity to oppose the coalition's hostile attitude to minority groups and allegations of Freedom Party links to extremist right-wing groups and ideology.

But they also were a way to showcase an alternative vision for Austrian society — the speakers were always at least 50% female and 30% people with migration backgrounds, according to organizers. Katha, a 25-year-old psychology student, explained why she came each week. "Because we have a far-right government," she says, surrounded by a crowd drinking beer and eating sandwiches one Thursday evening. "We already lived through this bullshit beginning in 1932. We already had fascism in Austria."

Celebrations continued as the government collapsed. Chancellor Sebastian Kurz called a snap election the day after Strache resigned but by the end of the month, Kurz himself had been ousted by a no-confidence motion and replaced by an interim chancellor. 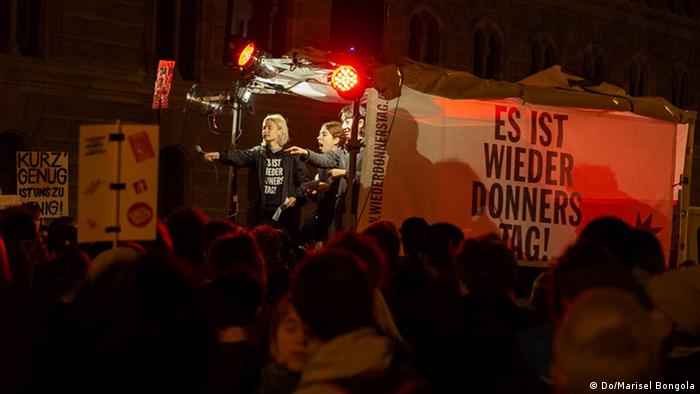 The Thursday protests have not had their desired effect

But the party atmosphere was short-lived. For Isabel Frey, who performed Yiddish worker songs at the Thursday protests, that jubilant mood started to shift towards the end of May. For the demonstrators, the European election results were a wake-up call; proving the Donnerstag movement was in a bubble. While Vienna's protesters were calling for Kurz to resign — seeing him as complicit in the Ibiza scandal for partnering with Strache in the first place — he retained his popularity in other parts of the country and the ÖVP saw its highest ever European elections result with 35% of the vote.

Even the Freedom Party proved resilient to any outcry. The party quickly re-calibrated after Strache's resignation; portraying themselves as victims in a shadowy sting operation.

"The FPÖ came out as heroes — as martyrs — they rephrased the situation," says Paul Schmidt, Secretary General of the Austrian Society for European Politics, an NGO in Vienna. "Many people thought this episode would damage the FPÖ, even if it didn't kill the party completely. This was one of the biggest scandals of Austrian history but nevertheless the impact was very limited."

Four months on from the Ibiza video not much has changed. The polls indicate Kurz will be re-elected chancellor and he has not ruled out renewing his old coalition with the Freedom Party.

"I don't think there will be a radical change in Austria," says Marty Huber, another organizer behind the Thursday protests. "I think at this point, Austria is a very conservative country." The Freedom party, she says, has managed to survive other scandals this year. For example, one FPÖ politician was forced to resign in April after writing a poem that compared migrants to rats, but the party remained unscathed.

When one of Kurz's staffers was caught shredding five hard drives under a fake name that, too, did not affect the former chancellor's popularity in the polls. Like other leaders around the world, Austrian politicians are discovering a new immunity to scandal. Unfortunately for Vienna's Donnerstag movement, Sunday's election could be another example of a new era in politics where scandal just does not stick.