Austria's parliament has taken advantage of a weak caretaker government to pass long-awaited reforms. However, not everyone is happy with the speed and the cost of these news measures. 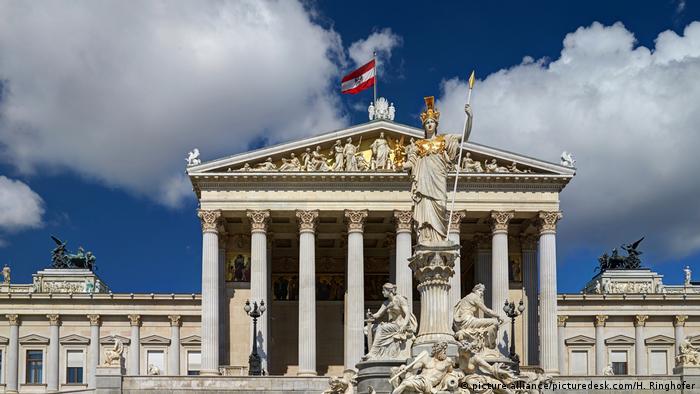 For decades, Austria was far away from headlines — and many Austrians agreed that they liked it that way. But in the past two years, the small landlocked Alpine nation has been thrust into the international spotlight time and time again. First, they elected Chancelor Sebastian Kurz, at 31 the youngest head of government in the world.

A mere 18 months later, Kurz's administration was toppled when a video made in 2017 was published showing his far-right vice chancellor, Heinz-Christian Strache, offering lucrative government contracts to a woman he thought was the niece of the Russian oligarch. He was making the offer in exchange for good press coverage he thought that she might be able to deliver for the then-upcoming election. The scandal was dubbed "Ibizagate," because it was filmed on the Spanish resort island of Ibiza, and prompted first the resignation of Strache, followed by the entire Kurz cabinet.

In another case, this might have been the end of Kurz and ushered in an era of political quiet from a caretaker government before a snap election. However, Kurz's People's Party (ÖVP) is polling even stronger than before, and Strache's far-right Freedom Party (FPÖ) has barely seen support waver. And instead of maintaining the status quo before September's national vote, lawmakers have gone on a law-passing spree that at one point racked up an additional 1.1 billion euros to the budget within two days.

One of the first things parliament was able to pass was a nationwide smoking ban, originally passed under Kurz's predecessor and then scrapped under pressure from the chain-smoking Strache and the more traditional cultural influences in the country.

Next, parliament took advantage of a relatively powerless interim government to pass a ban on the cancer-causing herbicide chemical glyphosate, which had long been supported by a majority of lawmakers but blocked by the powerful agriculture lobby.

Parliamentarians have also introduced a law requiring workplaces to allow fathers at least a month of paid leave immediately after the birth of a child, and increased minimum pension payments.

These laws are also being passed without much consideration for traditional alliances or recent betrayals. The new pension planned was supported by both the ÖVP and the FPÖ, just weeks after their coalition collapsed, while the glyphosate ban had the backing of the Greens, the Social Democrats (SPÖ) and the ethno-nationalists in the FPÖ.

Another reason behind the law-passing frenzy might be frustration with Kurz's administration and what some members of parliament saw as its disdain for the legislature in favor of its own agenda. That is compounded by the fact that President Alexander van der Bellen and interim Chancellor Brigitte Bierlein do not have the ability to vote against the measures.

Despite many of the new measures being popular, the Austrian media and public have regarded the expensive bout of productivity with suspicion, viewing it as evidence of the country's lack of political leadership and stability.

Tyrol province will restrict access to country roads, which travelers use to avoid traffic and tolls. The move is the latest escalation between Germany's state of Bavaria and Austria over cross-border transportation. (21.06.2019)