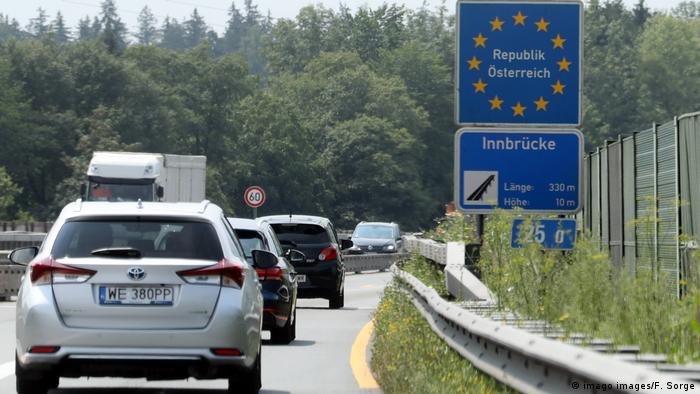 Austria's Tyrol province announced on Thursday that it would restrict access to country roads for vehicles seeking to avoid its highways. The move has drawn the ire of officials in the state of Bavaria, which borders the western Austrian province, as the ban would affect southern Germany's summer cross country travelers.

Given Tyrol's location, between Germany and Italy, travelers going to and from those countries must drive through it. Many use the country roads to either skip heavy traffic conditions on the highway or to avoid paying the tolls.

Tyrol's ban will close major highway exits in and around the city of Innsbruck, where travelers usually gain access to alternative country roads. This will apply to all traffic, including cars, trucks or motorcycles, and will only affect those making long-haul journeys through the province.

To enforce the new ban, authorities will have police personnel patrolling the highway and have sought to remove the alternative routes from navigational systems.

Tyrolean provincial governor Günther Platter announced the decision to Austria's press agency APA, stressing that the ban will be applied specifically on weekends, from Saturday at 7:00 a.m. to Sunday at 7:00 p.m., beginning this weekend and ending mid-September.

Authorities are hoping this will help relieve the traffic burden of towns and small communities along the highway.

Bavaria and its neighbor Austria have clashed over the issue of cross-border transportation. Vienna was angered by Berlin's proposal to install tolls on German highways, while allowing German citizens a tax exemption on the fees, leaving foreigners to pay.

The EU Court of Justice ultimately ruled against Germany on the basis that it discriminated against fellow bloc members.

Tyrol's driving ban comes just days after the court's decision and was seen in Munich as a slap in the face.

"I expect the EU Commission to stop this very quickly and to ensure free travel in Europe".

Reichhart also promised to imposea similar ban in Bavarian territory as a countermeasure. "Should the EU Commission allow this move to go through, then it must also apply to the heavily congested Bavarian motorways and country roads along the border region," he warned.