The ECJ has rejected the fees known as "vignettes" after Austria, with support from the Netherlands, had lodged a complaint. The EU has said the German concept for the fees breaches anti-discrimination laws. 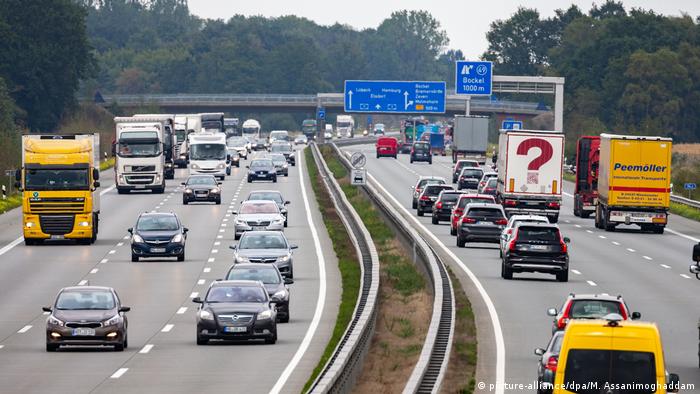 The European Court of Justice (ECJ) ruled against the implementation of tolls on German motorways on Tuesday as non-residents would be penalized.

The Union's top court ruled that plans to charge highway users was in breach of anti-discrimination laws.

Austria, with support from the Netherlands, had argued that the levy is not in line with European agreements, as it singles out EU citizens.

Austrian Transport Minister Andreas Reichhardt said that the judgement was a strong show of support for the bloc's single market.

"It's a signal of fairness for Europe," Reichhardt said. "I expect that the plans will be scrapped, or that they will have to be adapted in a massive way."

Reichhardt was keen to lend Berlin a helping hand after having positive experiences with Austria's own toll blueprint that applies uniformly to all vehicle holders. "We will gladly offer our know-how if requested."

German Transport Minister Andreas Scheuer said the toll was "unfortunately off the table in its current form" but that the ECJ's verdict did not rule against tolls as such "as they exist in more than 20 countries in the EU." He announced a task force to look into possible alternatives.

At the beginning of February, the ECJ advocate general said Austria's view that non-German EU citizens would be discriminated against in Germany is based on a "fundamental misunderstanding." Vehicle owners who do not reside in Germany cannot be compared because non-residents are not subject to German motor vehicle tax, the opinion said.

However, the ECJ's decision goes against their own advocate general, which adds to what was already an unusual case given that one of its own members, Austria, had launched infringement procedures against another, Germany.

Normally it is up to the European Commission to take these kind of measures but having previously aired concerns about the scheme in 2016, the governing body then decided to drop them.

German Transport Minister Andreas Scheuer wanted the levy to take effect in October 2020. Preparations were already underway. Last year, the government secured contracts with companies to ensure the tolls could be implemented.

Prosecutors have announced that the former vice chancellor and members of his party are being investigated for breach of trust. A sting video forced him to step down in May and led to the collapse of the government. (13.06.2019)