ECJ set to rule on German autobahn tolls | Germany| News and in-depth reporting from Berlin and beyond | DW | 18.06.2019

Traveling on Germany's motorways could soon become much pricier, especially for foreigners. However, not everyone agrees that implementing road tolls on the autobahn will be profitable.

Are tolls going to be enforced on private drivers? The German government, along with every car owner in the European Union, will finally get a definitive answer to that question on Tuesday. If the European Court of Justice (ECJ) rules in favor of the tolls, all motorists will be charged to drive on German highways.

The fees, known as "vignettes," are to be collected according to the time traveled on the autobahn. For cars registered in Germany, however, owners will get a credit deductible from the motor vehicle tax as compensation, meaning the costs would be offset, and ultimately, Germans would hardly pay any tolls.

Austria, with support from the Netherlands, has lodged a complaint against the scheme. The two countries, which border Germany, argue a levy is not in line with European agreements, as it discriminates against Austrians as well as all other EU citizens. They say Germany would then no longer be in compliance with the EU's ban on discrimination against other member state citizens.

Before Tuesday's hearing, it looked as though the court may rule in Germany's favor. At the beginning of February, the ECJ advocate general did not mince words in the expert opinion it provided on the toll proposal, saying Austria's view that non-German EU citizens would be discriminated against in Germany is based on a "fundamental misunderstanding." Foreigners and German vehicle owners cannot be compared because non-Germans are not subject to German motor vehicle tax, the opinion said. 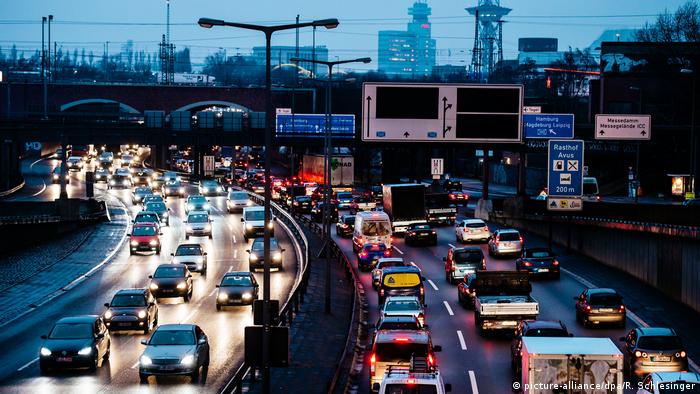 Many of Germany's motorways get significant traffic, but will it be enough to offset operating costs?

If the court approves the introduction of the toll scheme, Transport Minister Andreas Scheuer wants to levy to take effect in October 2020. Preparations are already underway. Last year, the government secured contracts with companies to ensure the tolls can be implemented.

If the tolls are introduced, non-EU citizens would also have to pay for the use of motorways; this would be possible by buying a vignette for 10 days, two months, or one year. 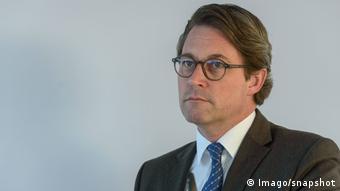 Scheuer wants the tolls to take effect in late 2020

The car's environmental efficiency also determines the price. The 10-day vignette is between €5 and €15 euros ($5.60 and $16.80), the two-month vignette between €16 and €30, and the annual vignette between €74 and €130. The calculations are based on a combination of pollutant class and engine size. The vignettes will be sold online, via a smartphone app, or at pay stations on the highways.

The profits from the tolls will go towards road construction and maintenance. According to current calculations, the German government could see a turnover of €3.85 billion euros. Roughly €3 billion would come from German vehicle owners, who would then be compensated by the motor vehicle tax. The remaining €850 million would come from foreign vehicle owners. The operational costs of the system are estimated to be €245 million.

These figures have proven controversial, however. "A deficit of €10 to €155 million in the first years of implementation is likely," according to a report from the nongovernmental organization Green Budget Germany (FÖS) for the Green party.

The report says that this is mainly due to changes to the original concept. It was expected that the prices of short-term vignettes would lead to higher revenues from foreign drivers. However, the €6 concession given to cars classed in the low emissions category would reduce the net revenue and actually result in a deficit in the course of operating the scheme. The FÖS report also criticized that the economic damage caused by a potential drop in border traffic was not adequately taken into account.

The German Transport Ministry, however, is sticking by its figures. "There will be no deficit," said a spokesperson for Scheuer in late May.