The European Court of Justice has ruled that German public prosecutors should not be allowed to issue European arrest warrants. The court found that prosecutors had insufficient independence from politicians. 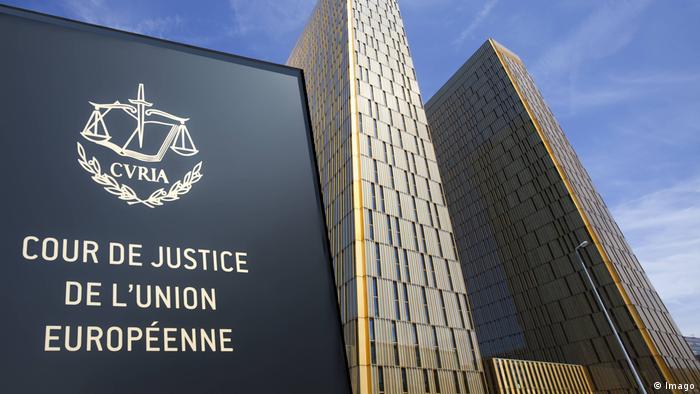 German public prosecutors lack the political independence to be trusted with the issuing of European arrest warrants, the EU's top court ruled on Monday.

Under EU law, such warrants can only be authorized by an independent judicial authority.

But the European Court of Human Rights (ECJ) determined that, because public prosecutors in Germany belong to an executive branch of the Justice Ministry, they were too open to the risk of political intervention.

The Luxembourg-based ECJ ruled that European arrest warrants must "be capable of exercising  its functions objectively, taking into account all incriminatory and exculpatory evidence, without being exposed to the risk that its decision-making power be subject to external directions or instructions."

The case stems from proceedings against three criminal defendants — a Romanian and two Lithuanians — who were charged with murder, robbery and grievous bodily harm.

The three challenged the validity of their arrest warrants before the Irish Supreme Court and High Court, which forwarded the case to the ECJ.

The news was welcomed by the German Association of Judges (DRB), which said the authority of ministers to order instructions to prosecutors should be abolished.

"It should be part of Germany's image of itself to adhere to European standards of justice," said DRB chairman Jens Gnisa.

While the court said German prosecutors might be subject to political influence, it did not find this to be the case with Lithuania's prosecutor general. Judges found that this position was, by virtue of its legal position, guaranteed sufficient independent from the executive.

The cases now revert to national level, where a decision will be taken on the validity of the warrants against the three accused in accordance with the ECJ ruling.

A 25-year-old Austrian accused of war crimes in Ukraine's Donetsk region has been arrested by Polish border police while trying to cross into Ukraine. He'd been sought for weeks on a European arrest warrant. (30.04.2017)

Employers in the European Union must implement a system to record time worked daily by their employees, according to a new ECJ ruling. The decision stemmed from a lawsuit in Spain against Deutsche Bank. (14.05.2019)