The European Court of Justice has ruled that countries cannot deport people who would be in serious danger in their countries of origin, even if they commit crimes. However, they could lose their refugee status. 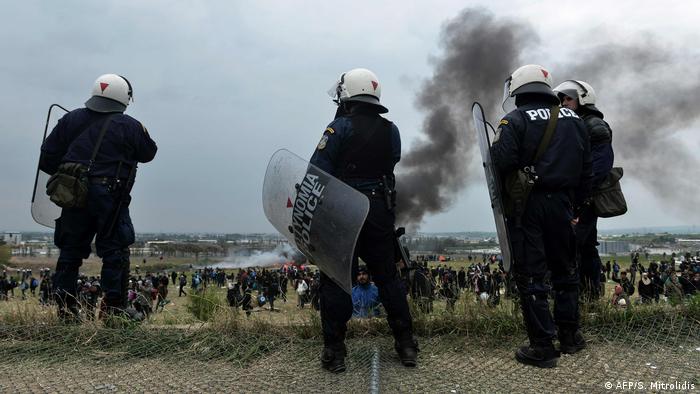 EU rules and the Geneva Convention forbid sending migrants home if there is a serious risk they would face persecution in their home countries, the European Court of Justice (ECJ) ruled on Tuesday. These rules apply in all cases, the court said, even when the migrants in question have committed serious crimes.

The ruling was triggered by lawsuits filed by three asylum seekers currently resident in Belgium and the Czech Republic. The two EU member nations rejected their claims or revoked their refugee statuses after the plaintiffs were found guilty of serious crimes, including blackmail, robbery, and murder.

In the Tuesday ruling, the ECJ stated that migrants can lose their refugee status after committing crimes. However, they also said such people would still be considered refugees by the Geneva Convention.

In some cases, the Geneva Convention itself allows deportation of migrants even when there is a risk of persecution, namely when there's a demonstrable risk to security in the host country.

However, EU countries also operate under Charter of Fundamental Rights of the EU, which is based on the Geneva accords but goes a step further.

"The Charter prohibits, in  absolute  terms,  torture  and  inhuman  or  degrading punishment or treatment, irrespective of the conduct of the person concerned, as well as removal to a State where there is a serious risk of a person being subjected to such treatment," the Luxembourg-based court said in a statement.

This rule prevents EU nations from deporting criminal refugees in such cases, although it can enable them to revoke their refugee status and take other punitive steps.

The court said that regulation on granting protection does "not require a lawful stay, but merely the refugee's physical presence in the territory of the host Member State."