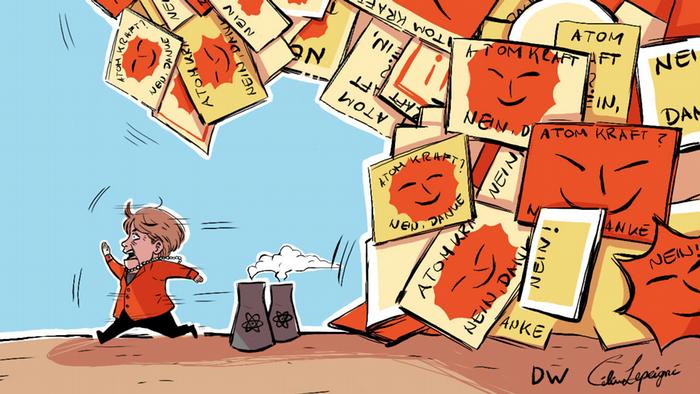 If you came here for a point of view on the 2015 migrant crisis, well, gotcha! But do please stick around for a different story, one that also has implications for Germany and the world, one that's far too rarely told. You could call it the "Atomenergiewende" — Chancellor Angela Merkel's atomic energy transition.

A core promise from her Christian Democrats (CDU) in the 2009 elections was highly controversial in Germany, to put it mildly: The party pledged to overturn relatively recent plans to phase out nuclear power.

For the first time — it would also be the last — Merkel won an election without the need for a grand coalition with the rival Social Democrats. 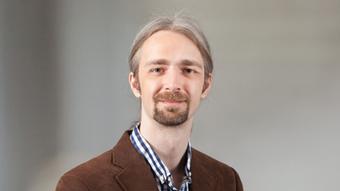 The success of the CDU/CSU and Free Democrats (FDP) in a vote dominated by economic issues immediately after the financial crash probably came despite this particular energy policy, not because of it. Most polls pointed to widespread German distaste for atomic energy, ever since both segments of the divided country peered at each other from beneath opposing nuclear blankets during the Cold War.

If forced to mention it publicly at all, CDU leaders might reluctantly try to sell it as an unpopular but wise policy, one that would prove good for the climate in the long run.

Around 18 months later, half a world away, a huge undersea earthquake sent a wall of water at Japan's eastern coast. Well over 15,000 people died, and, soon after, a nuclear reactor in Fukushima buckled under nature's boot.

In Germany, reactions to the tragedy focused like a laser beam on that election promise. The sense of urgency regarding this domestic policy in papers and on TV matched the incessant reporting on the chances of fallout from Fukushima reaching Frankfurt.

Within three days of the quake, on March 14, 2011, Merkel announced a three-month moratorium on nuclear power. A commission was hastily hurled together to weigh the options. By June 3, the shutdown was back, on pretty much the same timetable as before. 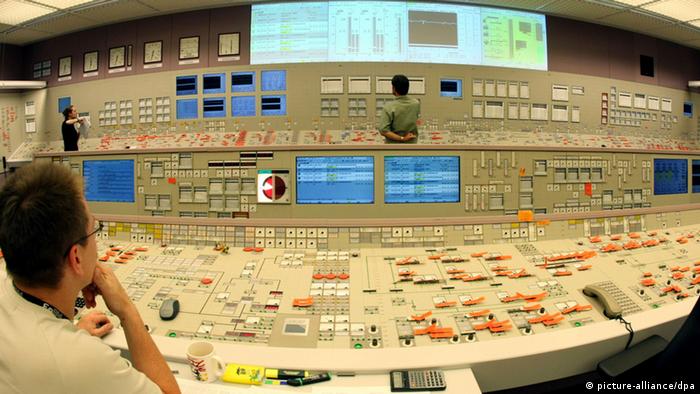 The Philippsburg Nuclear Power Plant near Karlsruhe, one of Germany's most productive still in service, shuts down by law on December 31

The press and public broadly rejoiced. Many commented on a rarer heart-over-head dynamism in the scientist chancellor, who until that point had mostly been thought of as cerebral, calculating and compromising. Here, she seemed to have taken a compassionate and decisive step with speed, despite the undeniable risks. She would exhibit something similar four years later, at another of the decade's flash points.

People did mention the scarcity of magnitude 9.0 tremors and coastal tsunamis in and around Germany — and sometimes even the strategic importance of nuclear power plants for reducing greenhouse gas emissions and increasing energy independence — but rarely with much gusto.

Nuclear power gets a bad rap for very good reasons. The worst-case stakes are distastefully high — at least they were with first-generation reactors. Fukushima showed that even more advanced tech cannot always withstand the full force of nature in geologically unstable areas. And, to this day, the glowing green elephant of waste disposal casts a shadow on any discussion of nuclear power.

Read more:  What happens to nuclear waste from power plants?

But our rising demand for electricity, the production of which is already responsible for almost half humanity's greenhouse gas emissions before fleets of cars hook up to the grid, is no picnic either.

Given climate emergencies and energy security, nuclear power surely deserves a better hearing than it gets in Germany. In the G20, only mid-sized EU players such as Austria, Italy and Poland are on the same path.

The CO2 emissions even for second-generation nuclear reactors are astonishingly low. The IPCC tested for life-cycle CO2 emissions for various electricity sources in 2014 and found nuclear's estimated median (12 grams per kilowatt hour) was almost identical to wind power (12 grams offshore, 11 onshore) and was better than solar (48 at utility scale, 41 on rooftop panels).

Coal, Germany's throwback cure for its atomic abstinence, weighed in at 820 grams of CO2 per kilowatt hour of power. Clean capture technologies could reduce this figure several fold, but by nowhere near enough to catch the others. In 2018, China put the first fourth-generation reactor into service. While they're yet to face independent scrutiny, the industry promises potential gains that sound like science fiction: up to 300 times more electricity yield from the same amount of nuclear fuel, waste that's radioactive for a few centuries rather than millennia, improved and automated shutdown systems for emergencies, less reliance on water cooling (reducing risks from leaks or boiling), plus the possibility to reuse some nuclear waste as fuel.

Traditional wisdom has been that it's most efficient to run an atomic reactor on full whack all the time. However, new research into operating these next-generation reactors on a more flexible basis could make the case for nuclear as a better supplemental fit for the inherent lulls in output of a renewables-led energy grid of the future.

Whatever the merits and risks of an undoubtedly complex calculation, the nuclear option surely feels more modern than sinking coal shafts.

A cooling tower emblematic of Germany's nuclear aversion has been toppled near Koblenz. Seven reactors are still operational in Germany, with the last due to be phased out in late 2022 amid a drive to renewables. (09.08.2019)

Russia to send nuclear-capable missiles to Belarus 9h ago