The tragedy in Frankfurt will have serious consequences for an already-tense societal debate in Germany. That's why it's so important that the media report the truth completely, says DW Editor-in-Chief Ines Pohl. 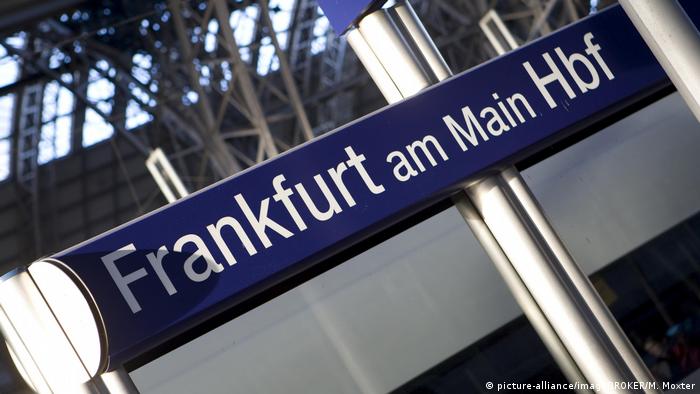 A horrific event in Frankfurt on Monday has Germany in shock: At one of the country's largest railway stations, an 8-year-old boy and his mother were thrown in front of an oncoming express train. The child was killed; the mother survived.

The suspect attempted to flee the scene but he was detained by onlookers and arrested. A few hours later, a police spokeswoman stated that the suspect was 40 years old and was not believed to have known the victims. It was also revealed that he comes from Eritrea.

Independent journalists have a moral obligation to report the facts. While this may be stating the obvious, we live in an age where information spread — or not spread — by the media shapes the societal debate. For this reason, Germany's media are subject to ethical guidelines and are willingly committed to a widely accepted press code.

Germany's press code states that the origins of a perpetrator of a violent crime can be reported when it "is connected to a crime or is of legitimate interest to the public." Additionally, referencing a suspect's or a perpetrator's ties to ethnic, religious or other minorities should not lead to generalized discrimination of individual misconduct.

So how should this code be applied when the suspect is Eritrean? And should DW report on it?

Since the summer of 2015, when Chancellor Angela Merkel decided not to close the borders to those seeking asylum — mostly people fleeing the Syrian civil war — Germany has changed. In some ways, that change has been concrete: The 1 million refugees who entered required care, resources and integration. But that change has also been more diffuse. Some Germans feel a deep sense of anxiety, a lack of security and fear. Moreover, they take every crime, every attack committed by a refugee, as vindication of their country being under threat at its very foundations by these "foreigners." There are also Germans who want to reassure, who are calling for better care for these in-part traumatized peoples, and who try to emphasize the benefits of a cooperative approach despite cultural differences, and despite traumatic experiences.

And finally come the politicians, some of whom waste no opportunity to capitalize on fear and win support with exclusionist policies.

It begs the question: When should the German media report a perpetrator's nationality? And when does it become "of legitimate interest to the public?"

Germany is grappling with internal struggles: How to deal with insecurity on the one hand, while also maintaining its identity as a prosperous country. Germany is also struggling with how and where clear lines must be drawn to protect the societal achievements of recent decades, such as gender equality.

We have to honor this by reporting truthfully and impartially. That means allowing those with controversial voices to speak as well. Their fears, motivations, and what they are willing to fight for, need to be heard and understood.

The tragic death of a young boy will intensify the debate in Germany. Some media will use the story to fuel racist sentiment purely for the headlines. This is reprehensible and has nothing to do with the "public interest" intended with our press code. Yet there is a debate that can only be had if we know the detail that the perpetrator is from Eritrea. And then, rightly so, his origin is a part of the full truth of the story — to which we are committed.

But in reality, this fact distracts from the ultimate sadness — the fate of a young boy, and the compassion for his grieving family whom our hearts go out to.

Opinion: Iran's mullahs are afraid of women 9h ago