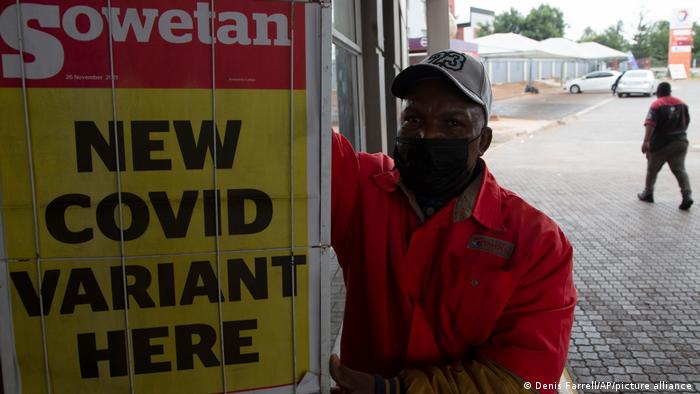 Is South Africa wrongly being singled out as the scapegoat for the emergence of the omicron variant?

If it wasn't a letter in the Greek alphabet, the name "omicron" would make for a perfect villain in a Hollywood fantasy saga. Unfortunately, the new coronavirus variant appears to be following that same storyline, with more fiction than fact informing government guidelines on how to address this latest chapter in the ongoing public health crisis.

To be sure, each mutation of the virus has to be treated with caution and great care, but placing countries under blanket travel bans does not stop a virus from spreading; if anything, it only leads to people infected not with COVID-19 but with the travel bug to look for more ingenious ways to follow through with their existing travel plans for the festive season.

First of all, we all owe a huge debt of gratitude to the South African scientists, who first identified the omicron variant of the coronavirus and communicated this discovery with great transparency. You'd think that this would foster greater global cooperation efforts in fighting the virus. You would be wrong. 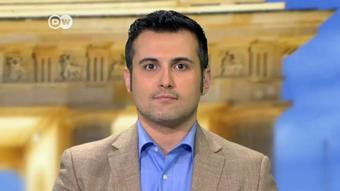 Instead, South Africa is being singled out — once again — as the convenient scapegoat in the latest evolution of the COVID-19 drama. The repercussions for the travel industry in South Africa, which accounts for almost 3% of the country's GDP, are enormous. Instead of a viral pandemic, there now are growing fears of a poverty pandemic hitting those who work in the hospitality and tourism sectors.

Meanwhile, there is no talk of the fact that the risk of catching any COVID-19 variant while going on a safari in the African bush or hiking up Cape Town's Table Mountain is minimal. And with summer temperatures routinely breaching 40 degrees Celsius (105 degrees Fahrenheit) in parts of the country, the likelihood of mass indoor Christmas gatherings with closed windows is practically non-existent.

Indeed, you might more likely catch malaria in South Africa than COVID-19 under those circumstances. The vaccination rate in South Africa is currently below 25%, according to Johns Hopkins University; general hygiene standards are low with at least 55% of the country's population living below the poverty line, according to the World Bank. The public health system had already been working beyond capacity before COVID-19. It's hardly surprising that the discovery of the omicron variant has set alarm bells ringing around the world.

However, instead of ostracizing an entire nation, why don't we do more to get everyone inoculated in South Africa? Instead of hoarding all the vaccines, why do Western governments not take the ridiculous rate of vaccine skepticism in countries like Germany into account and simply export that very proportion of the precious vials to countries in the Global South — rather than throwing them away?

South Africa has excellent logistics networks designed to deliver any kind of medication to the four corners of the nation. This is a result of the country having struggled against the spread of HIV/AIDS for three decades now. Using this existing infrastructure, vaccines could be delivered across the entire country in no time — if only there was enough political will.

Meanwhile, South Africa's neighbors are also now being dragged into the same blame game, with blanket omicron travel bans being issued for all of southern Africa, despite there being no evidence for the new variant surfacing in many of those nations.

Countries like Namibia, Eswatini or Zambia have low population numbers and even lower population densities. To catch or spread COVID-19 in those places and to bring the virus back to Europe would almost certainly require a deliberate effort on the part of anyone traveling there. In fact, I would bet good money that most people who are able to spend the equivalent of what is an annual wage in those nations on just a single plane ticket can also afford face coverings and hand sanitizer to protect themselves and others.

But such practical considerations seem to matter little when it comes to issuing hasty travel restrictions that cause more harm than good.

Not an 'African' variant after all?

This is why I can't help but feel a certain sense of glee at the recent news saying that Dutch health authorities have established that the omicron variant had already been detected in Europe a week before it was identified in southern Africa. This was followed by reports of COVID-19 samples in Nigeria taken in October also testing positive for the omicron variant.

This raises obvious questions on whether the new variant was perhaps exported to Africa rather than imported into Europe. Perhaps that should not matter. Europe still is the worst-hit continent at the moment, with or without taking omicron into consideration, while Africa — on the whole — has been faring surprisingly well throughout the whole pandemic.

We can only hope that the initial reports of omicron being a mild variant of SARS-CoV-2 will prove to be true. After all, this is what any virus ultimately wants: to adapt to its environment and learn to coexist.

WHO: World needs a new accord on pandemics

Opinion: Shall I be mother? When doctors make the worst patients

My mother doesn't want to get vaccinated against COVID-19. And she's a medical doctor. The word "conflicted" doesn't even begin to cover my reaction, says DW's Sertan Sanderson.

Africa's battle with COVID-19 continues, one year on

US: Lab monkey missing in Pennsylvania after road crash 6h ago