The world is worried about the new COVID-19 omicron variant, first detected in South Africa. Many countries have imposed travel bans. In South Africa itself, people fear the restrictions more than the virus. 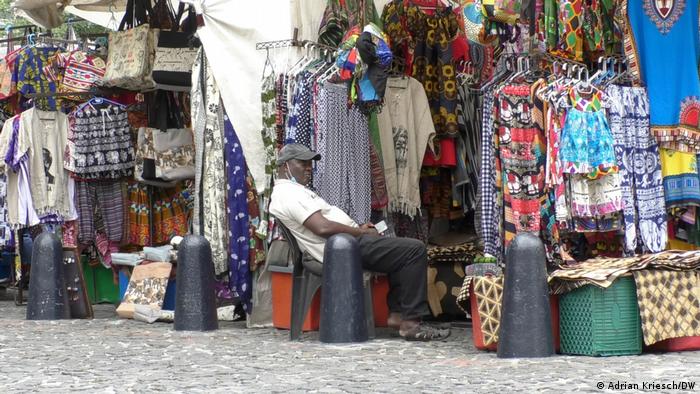 Since the start of the pandemic, Greenmarket Square in the center of Cape Town has been a barometer of how serious the situation is in the tourism sector. Before COVID, it was full of tourists and souvenir stalls. Then, for a long time, there were just a few stalls dotted around. Recently, it's been full of stallholders again, selling drums, wooden carvings, brightly colored pictures.

But now, the mood among the traders, who come from all over Africa, is grim.

"The Germans were here last week," says a Congolese woman who sells bags, necklaces, and T-shirts. "Since yesterday they didn't come. They say they must go back home — if they didn't go back now, they are going to be locked here. The economy is down if the customers are not coming."

'What are my kids going to eat?'

News of the new omicron variant has spread fast. But hardly anyone here is afraid of the COVID variant; what they fear are its consequences.

"I survive on this business," says a Malawian hat-seller. "What I'm worried about is my kids and my family. What are they going to eat? Because we depend on this business." 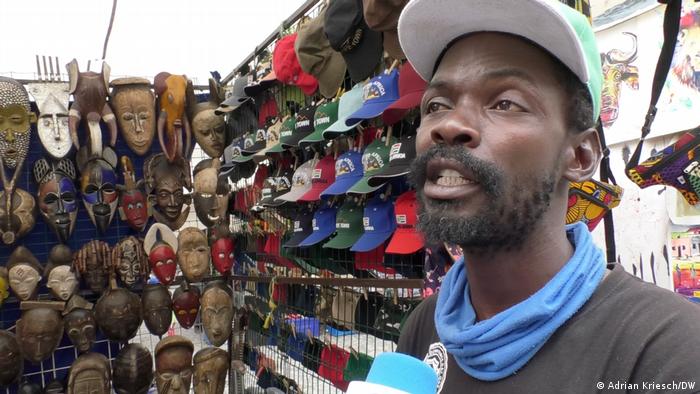 This Malawian stallholder in Cape Town fears for his family's livelihood

Many countries reacted very fast to the news that South African scientists had detected a new variant. Within a day, the EU, UK, United States, Israel, Singapore, Mauritius and other countries imposed travel restrictions on southern African countries, after fewer than 100 people had tested positive for the new variant.

The omicron variant has more than 30 mutations in its spike protein — twice as many as the delta variant.

"At this stage, we don't really have evidence, neither from looking at patients nor from studies in the lab, as to what these mutations do," says Wolfgang Preiser, a virologist at Stellenbosch University.

However, he adds: "We can sort of predict, because some of them we know from other variants, and therefore there is the concern that this virus may evade the immune system. That means it can infect people who've been infected before and recovered, and it may also infect people who have been vaccinated successfully. And it also seems to be quite transmissible."

More tests will be done in the next few days and weeks to obtain a better picture of the variant's potential danger. Cases of the variant have already been detected in Hong Kong, Israel and several European countries, including Germany, Italy, Belgium and the UK.

In recent weeks, life in South Africa had almost returned to normal. Infection levels were low, and tourists had been flocking back to the country. But over the past few days, new infections have risen sharply from around 100 new daily infections in early November to more than 2,800 per day. 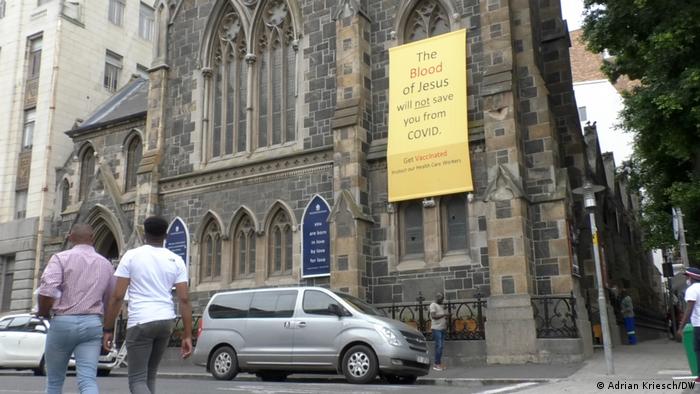 The church on Greenmarket Square urging people to get vaccinated. Fewer than 25 percent of South Africans are.

As with so many aspects of the pandemic, it remains unclear whether the new variant is responsible for the sudden rise. Preiser says it is likely. South Africa's health minister, Joseph Phaahla, warns that infections are increasing in the Gauteng region in particular, which includes the cities of Johannesburg and Pretoria.

"You can rest assured, as people start to move even more over the next few weeks, this will be all over [the place]," he said. Shortly afterwards, though, he expressed surprise at the measures other countries were taking, saying they were unjustified and contrary to the recommendations of the World Health Organization. South African Foreign Minister Naledi Pandor criticized the decision to block flights from South Africa as "rushed."

There has also been a hail of criticism from scientific quarters.

"The world should provide support to South Africa and Africa and not discriminate or isolate it!" tweeted Tulio de Oliveira, the director of South Africa's Centre for Epidemic Response and Innovation.

Shabir Madhi, a professor of vaccinology, said it was naïve to think that imposing restrictions on a handful of countries would stop a variant from spreading. "The past two years should have taught us one thing: This virus is able to disperse across the globe, irrespective of the type of restrictions that you put into place," he told the UK's Channel 4 News. 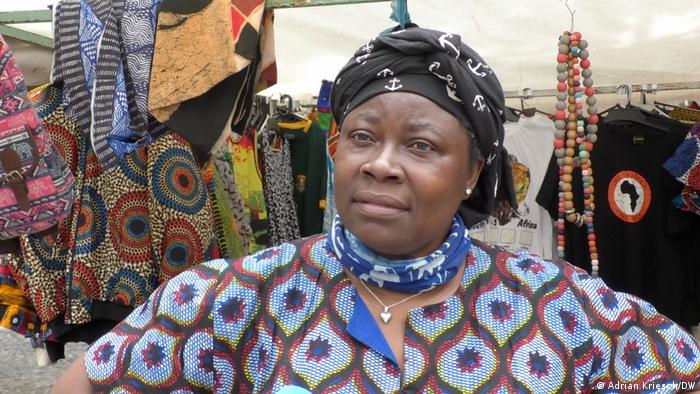 South Africans remember what happened when South African scientists identified the beta variant a year ago. Draconian travel restrictions were imposed on travelers from South Africa, tourism collapsed, and the currency quickly lost much of its value. Now, it's happening again.

The South African government has taken on even more debt during the pandemic. The country's debt burden is now almost as high as its annual GDP. The struggling economy cannot hope for any large injections of cash.

There certainly won't be any help for the majority of traders in Greenmarket Square. As migrants, only a few can claim financial assistance from the state.

"For me, it's going to be tough," says the Malawian hat-seller. "Because I've suffered already for these two years. So now I don't know what's going to happen."