Travel bans have been part of the pandemic response — especially with the arrival of new variants like omicron. The WHO has criticized the practice, but that hasn't stopped countries from going ahead with it. 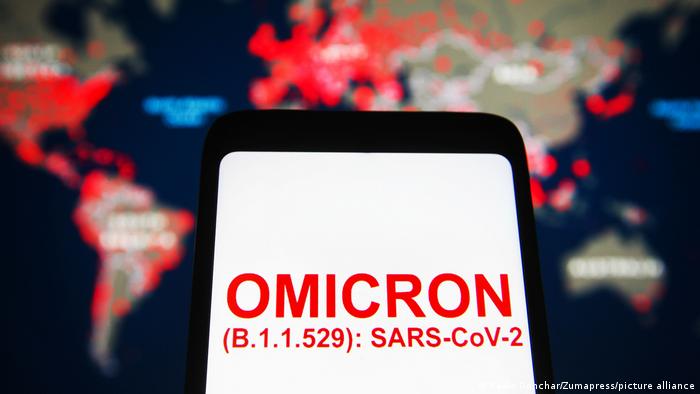 The omicron variant triggered travel bans — but this measure is controversial

News that South Africa had identified and reported a new "variant of concern" was met with a swift response. Much of the world imposed restrictions on travelers from South Africa and several of its neighbors.

The rules remain in place, even as it became quickly apparent that the omicron variant was already elsewhere. Germany and other European countries reported their first cases just days after the South Africa announcement. The actual number of cases is likely higher, especially in Germany, given the country's comparatively low testing rates.

"We are doing everything possible to minimize the entry of the variant," Sebastian Gülde, a spokesperson for Germany's federal health ministry, told DW in a statement.

He called the decision to label South Africa and its region a "virus variant area" a "precautionary measure," and acknowledged it couldn't stop the virus from getting into Germany.

"However, it can delay its spread," he said.

The brake is to be reviewed every two weeks, she said.

The jury is still out on how effective travel restrictions are, and there has been little research on the topic. While COVID-19 was still largely contained to China, a survey of studies in the Journal of Emergency Management regarding the spread of other diseases, such as SARS, Ebola, and MERS, suggested a "travel ban may delay the arrival of an infectious disease in a country by days or weeks. However, there is very little evidence to suggest that a travel ban eliminates the risk of the disease crossing borders in the long term," Nicole Errett, a study author, told the University of Washington.

A study of Australia's travel ban against China, which was published in July 2020 in the Journal for Travel Medicine, concluded it was "highly effective," reducing cases by 86%. However, the data come from a time when the virus was largely only in China and therefore easier to isolate. The study did not account for cases coming in from elsewhere. Australia's geographic isolation may also play a role in the ability to keep the virus out.

A more recent, and more global, study published in the journal Communications Physics found that more than 63% of travel restrictions were ineffective, largely because they were uncoordinated "out of self-interest," or "not enacted in an optimal time and at optimal locations."

Those restrictions that were effective delayed the arrival of the virus by almost 19 days, the study found, resulting in more than 13 million fewer cases.

While the upsides to travel bans may still be murky, the downsides are clearer.

Global tourism lost nearly $2.4 trillion (2.13 trillion euros) in 2020, according to the United Nations Conference on Trade and Development. A similar amount could be wiped off the books for 2021, with lower-income countries faring worse.

That is partly why the World Health Organization (WHO) has routinely cautioned against sweeping travel restrictions, which can be seen as a "punishment" for countries that have followed global health protocols by reporting virus developments.

"Travel restrictions may play a role in slightly reducing the spread of COVID-19 but place a heavy burden on lives and livelihoods. If restrictions are implemented, they should not be unnecessarily invasive or intrusive, and should be scientifically based," the WHO said in a statement on Sunday, commending South Africa and Botswana for its reporting.

The South African government, which called restrictions a "knee-jerk" response, on Saturday called on countries to rethink their bans.

"New variants have been detected in other countries. Each of those cases has had no recent links with southern Africa. It's worth noting that the reaction to those countries is starkly different to cases in southern Africa," the statement said.

Ghebreyesus: the world needs a new accord on pandemics

And UN Secretary-General Antonio Guterres agreed in a statement on Monday: "The people of Africa cannot be blamed for the immorally low level of vaccinations available in Africa — and they should not be penalized for identifying and sharing crucial science and health information with the world."

Meanwhile, advocates for an equitable distribution of vaccines have criticized rich countries for falling short on promises to supply poorer ones with the shots they need. That can come back to bite when unvaccinated populations give the virus the chance to circulate and evolve.

The special World Health Assembly session runs until Wednesday, and by the end of the three-day virtual meeting, countries will decide if there is the political will to design a new international framework to respond to future pandemics.