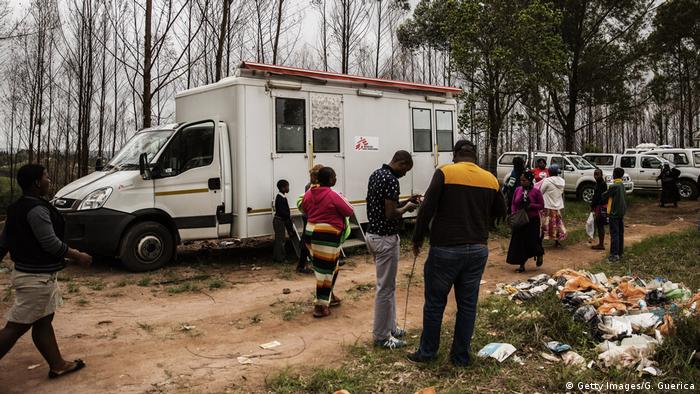 Eshowe is around 140 km (87 miles) north of Durban in KwaZulu-Natal province where one in four people is living with HIV. It has become beacon of hope in the fight against HIV in South Africa, the center of the world's AIDS epidemic.

The town has already surpassed the 90-90-90 HIV reduction goals set out by the United Nation's AIDS organization – showing that it's potentially possible for South Africa as a whole to reach the targets.

Read more: UNAIDS report: HIV-related deaths down a third since 2010

When Medicines Sans Frontiers (MSF) recently evaluated the HIV project they run in Eshowe in conjunction with the KwaZulu-Natal Department of Health, they were amazed at the results.

"I'm happy we reached 90-94-95 in a small rural area of Eshowe," community member Zikhethelo Mthethwa told DW. "I'm very happy that our communities are getting better from their sicknesses and stigma has reduced in our community."

It's community members like Mthethwa that have made the project, which started in 2011 before UNAIDS introduced their targets in 2013, so successful.

Mthethwa is one of dozens of people from Eshowe who have been trained as health workers to encourage fellow residents to get tested, treated and stay on treatment. 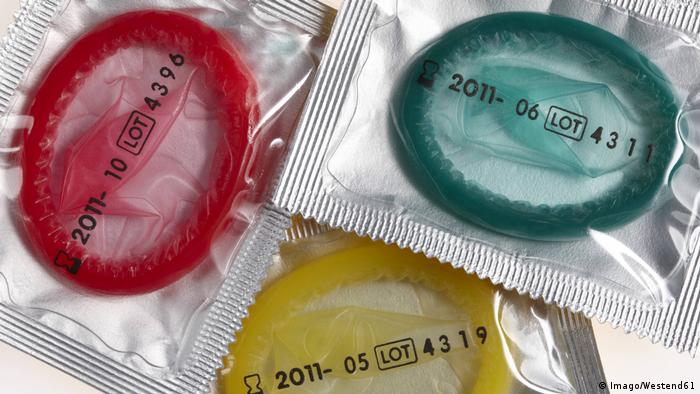 Community health workers in Eshowe handed out 1.5 million free condoms a year between 2015 and 2018

Some of their many tasks are distributing condoms, conducting door-to-door testing, encouraging people to seek treatment and raising awareness of HIV issues.

"The project was heavily invested in community interventions by peers, by community members talking to fellow community members and linking them to health facilities [as well as] health care workers following up back at home," explained Florence Anam, a HIV advocacy coordinator at MSF.

Including people from Eshowe in the project not only brought HIV testing services to those who don't normally visit health centers, it also helped build trust, provide people with vital information and guide them towards treatment.

"This liaison and this close communication has really worked and this has been key to the success of the program," Ford Kamara told DW.

Nkosinathi Mpungose, one of campaigners on the ground, says it took hard work and perseverance to surpass the targest set by UNAIDS.

"The challenges were lack of education on HIV ... fear to test for HIV, stigma on HIV. I had to educate them to change their way of thinking," he said to DW. 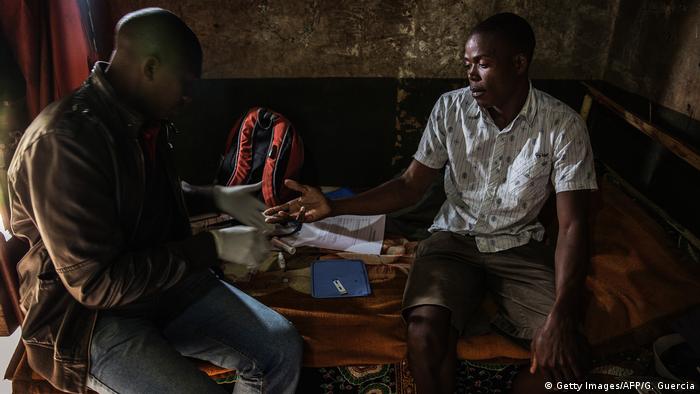 However, in a press release, MSF warned against seeing the survey results as a declaration of victory in Eshowe.

The number of new infections among adolescent girls and young women is still high, and more than half of young men aged 15 to 29 years diagnosed with HIV as part of the survey are still not on treatment.

South Africa as a whole is home to 20% of the world's HIV cases, with 7.7 million people living with the virus in 2018. It has the largest antiretroviral program in the world, largely funded from its own resources, but is is still lagging on meeting the UNAIDS targets.

According to an updated model of South Africa's HIV epidemic released in June 2019, 90% of infected people in the country were aware of their HIV status, 68% of these were on treatment and 87% of these were virally suppressed by mid-2018  a result of 90-68-87.

This shows that South Africa has to change its business as usual approach, says Florence Anam from MSF.

"The days of sitting at the health center and waiting for sick people to come to you are over," she told DW.

A study has found that medication to suppress HIV can prevent sexual transmission of the AIDS virus. Researchers say treatment regimes could contribute significantly to stopping the spread of the pathogen. (03.05.2019)