A study has found that medication to suppress HIV can prevent sexual transmission of the AIDS virus. Researchers say treatment regimes could contribute significantly to stopping the spread of the pathogen. 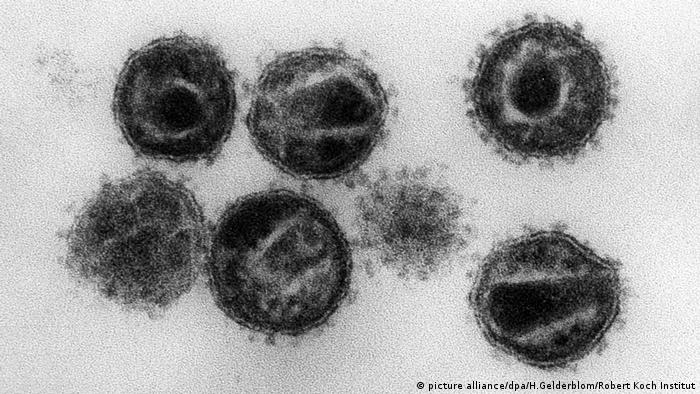 HIV-suppressing medication could stop sexual transmission of the AIDS virus among gay couples — even if they had sex without condoms.

Authors of the study, published in medical journal The Lancet on Friday, presented it as evidence that the spread of HIV could be countered with antiretroviral treatment (ART).

Researchers monitored almost 1,000 gay male couple across Europe over an 8-year period, where one partner was HIV-positive and undergoing ART and the other didn't have the virus.

Doctors found that over the course of the study there was not a single case of in-couple transmission. Researchers estimated that the ART had prevented 472 HIV transmissions.

The results showed antiretroviral treatment is just as effective for gay couples, as it was proved to be for heterosexual couples in an earlier phase of the study.

"Our findings provide conclusive evidence for gay men that the risk of HIV transmission with suppressive ART is zero," said Alison Rodger, from University College London, who co-lead the research.

"They support the message... that an undetectable viral load makes HIV untransmittable. This powerful message can help end the HIV pandemic by preventing HIV transmission, and tackling the stigma and discrimination that many people with HIV face."

Although 15 of the men among the 972 gay couples did become infected with HIV during the follow-up, genetic tests showed their HIV strains had been acquired from another sexual partner.

Read more: 5 things to know about the HIV-prevention drug, PrEP

Rodger called for all people living with HIV to be able to access testing and effective treatment. Currently, more than 21 million people receive regular ART medication — about 59 percent of HIV sufferers globally.

While the number of AIDS deaths is falling, the number of new infections worldwide remains stubbornly high at 1.8 million new cases each year.

Since the AIDS epidemic emerged in the 1980s, more than 77 million people have become infected with HIV. Almost half that number, some 35.4 million, have since died of AIDS.