UNAIDS report: HIV-related deaths down a third since 2010

The United Nations has said HIV-related deaths dropped 33% since 2010, but warned that more funding is needed to control the spread of the disease. The Middle East and eastern Europe have seen infection levels rise. 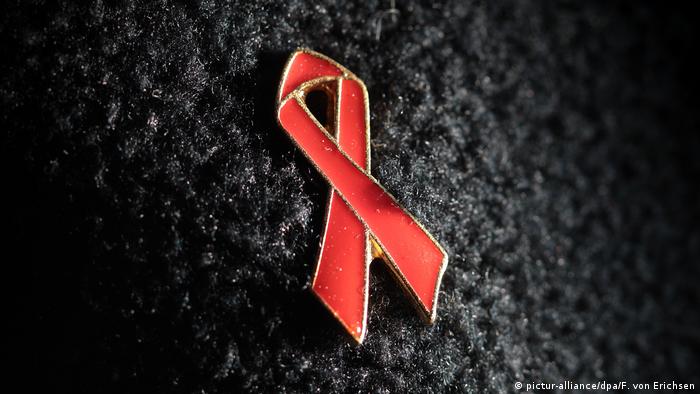 In its annual AIDS report released Tuesday, the UN said that HIV-related deaths in 2018 fell to around 770,000, which is 33% lower than in 2010 when 1.2 million deaths were recorded. However, the report called for "greater urgency" in the global AIDS response.

According to the report, an estimated 37.9 million people worldwide now live with HIV, but a record number — 23.3 million of them — have access to antiretroviral therapy (ART), which can control the infection.

Despite this progress, the UN warns that efforts to eradicate the disease are stalling due to lower investment and marginalized communities that lack vital health services.

Although eastern and southern Africa still have the world's highest number of cases, deaths related to HIV and AIDS in Africa have dropped significantly over the past decade.

But eastern Europe has seen deaths rise by 5%, and the Middle East and North Africa have seen a 9% rise. The report also pointed to "worrying increases" in new infections in eastern Europe and Central Asia, where HIV cases rose by 29%.

UNAIDS executive director, Gunilla Carlsson, said that more political leadership was urgently needed to eradicate the disease, adding that political will is necessary to help people and locations being left behind.

"This starts with investing adequately and smartly and by looking at what’s making some countries so successful. Ending AIDS is possible if we focus on people, not diseases, create road maps for the people and locations being left behind, and take a human rights-based approach to reach people most affected by HIV," said Carlsson in a press release.

Last year, €17 billion ($19 billion) was made available for AIDS response, which is $7 billion short of the estimated $26.2 billion needed by 2020. The gap was due to reduced international donations and sluggish domestic investment.

The report said that more than half of new HIV cases in 2018 were among at-risk groups who do not have access to AIDS prevention services.

This group includes sex workers, drug users, men who have sex with men, transgender people, prisoners and the sexual partners of these groups

Despite decades of research and advancements in treatment, a cure for HIV or AIDS has yet to be developed. HIV and AIDS have infected almost 80 million people and killed more than 35 million since the early 1980s.