Despite being offered COVID-19 shots near supermarkets, stadiums and even on trains, fewer people have been vaccinated in Germany than in many other European nations. Why is that? It's nearly mid-September and many people in Germany seem to have almost forgotten about the COVID-19 pandemic as they go about their lives. Beer gardens and restaurants are full, people are talking about the upcoming elections or about their own vacations.

German lawmakers, however, have been sounding the alarm: the percentage of people who have been fully vaccinated against the coronavirus has been hovering around 62% for days. 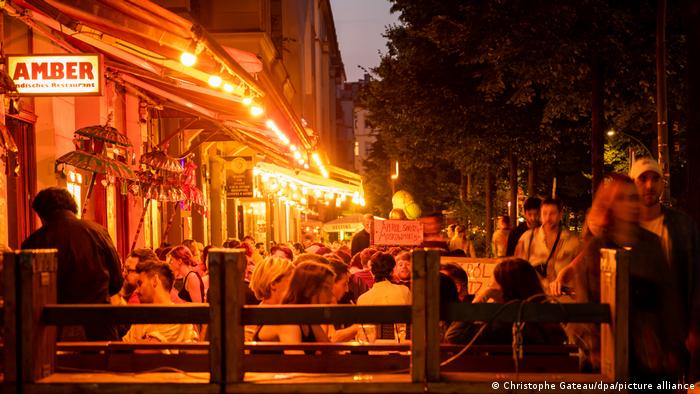 Many German states are considering 2G rules for many places. They would exclude the unvaccinated from frequenting bars and restaurants

The rate is too low to be truly prepared for the winter, when the risk of infection is likely to rise again, especially from the highly contagious delta variant of the virus. Experts believe that the country needs a vaccination rate of over 85% to weather the risk.

Not many die-hard vaccination opponents

According to the Robert Koch Institute (RKI), the country's top agency for infectious diseases, only around 5 to 10% of people are vehemently opposed to vaccination. But, many citizens are still unsure whether they should get vaccinated. That's despite the numerous vaccination centers in the country (many of which have since closed again) as well as having the option of being vaccinated by their family doctor.

It's left Berlin's mayor, Michael Müller from the center-left Social Democrats, frustrated. "I'm now coming to a point where I think maybe we've exhausted what we can do in politics." Müller said after a senate meeting earlier this week in Berlin. 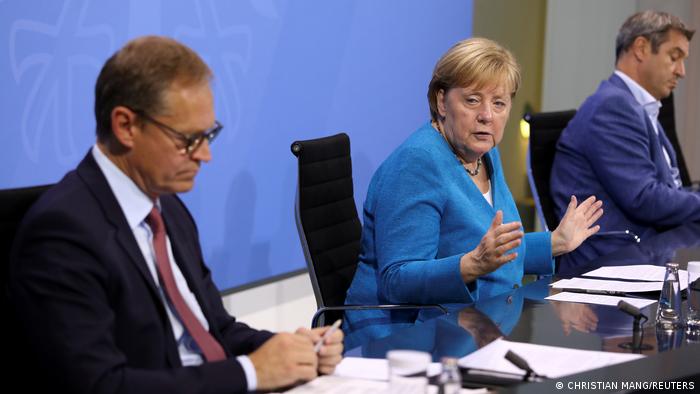 The chairman of the World Medical Association, Frank Ulrich Montgomery, is also concerned. "In order to counter the fourth wave before it becomes dramatic, we should now introduce a 2G rule nationwide wherever it is possible," Montgomery said in an interview with the newspapers of the Funke media group.

The so-called 2G rule refers to making events, restaurant visits or other amusements only accessible to people who can prove they have been vaccinated or have recovered from COVID-19. Hamburg has already introduced the rule in clubs and bars in the northern city.

Federal Health Minister Jens Spahn of the ruling Christian Democratic Party (CDU) spoke openly this week of the danger of a "pandemic of the unvaccinated" and announced a nationwide action week for vaccinations, which begins next Monday.

There are plans for creative initiatives such as offering shots, for instance, on the edge of sports fields, in pedestrian zones and in front of stores.

In Berlin, Deutsche Bahn, which also operates the capital's commuter trains, began a similar initiative last week. On the nearly 40-kilometer-long circle line or "Ringbahn" which runs around the capital's inner city area, the rail giant is offering vaccinations for commuters during the ride. But, only about 100 doses of the Johnson & Johnson's coronavirus vaccine are available for the campaign so far. 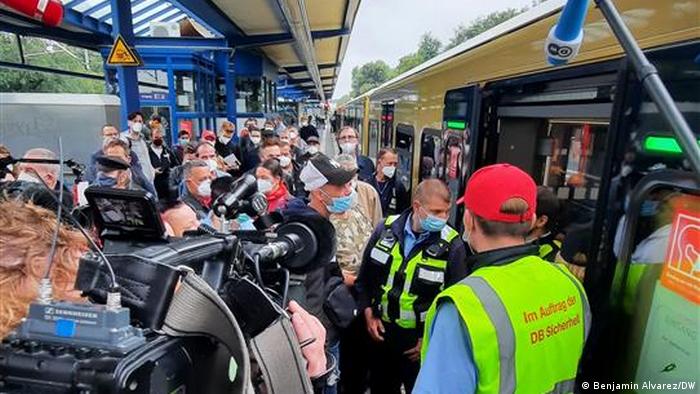 A few residents have pre-registered for it on the Internet, and the rest of the doses are to be given to those who are faster than others to get in line. Christian Gravert, chief medical officer at Deutsche Bahn, is overseeing the campaign. "Today is 'first come, first served.' Whoever gets on board, gets a vaccination," Gravert told DW. "We're curious to see if the offer will be accepted."

He doesn't need to worry; there are plenty of takers. Among those waiting on the platform is Andreas Resing. "I thought to myself: why not? As I said, if it's already right on the suburban train and all you have to do is get on, it's more advantageous than going to the doctor and getting appointments," Resing told DW.

But in the end, the disappointment is great. Resing does not get the shot since all doses are already used up. It begs the question - why weren't more vaccines provided for this rail campaign?

Germany ranks in the middle in global campaign

There has been no shortage of creative vaccination campaigns around the country recently. People have been able to get shots in front of supermarkets and soccer stadiums. But the vaccination rate is stagnating, the number of infections is rising again, and the number of COVID-19 patients in hospital intensive care units is going up, though only slightly.

Internationally, Germany ranks somewhere in the middle in terms of doses administered. In the European Union, most countries such as Malta, France or Denmark have higher vaccination rates, though countries such as Bulgaria are much worse off than Germany. And more people in Germany are fully vaccinated than in the US or Brazil, for example.

'The vaccine must come directly to the people'

But that number could be much higher, according to Janosch Dahmen, a newly minted member of parliament for the Green party. Until November last year, he was still working as an emergency medic in Berlin.

In an interview with DW, Dahmen said there have long been better concepts for reaching vaccine sceptics. "What is completely missing are initiatives offering doses that are concentrated in the early morning and evening hours. Or those targeting crucial transit points such as bus stops, where one can then be vaccinated literally in passing without a prior appointment."

It's also important to offer a choice of vaccines, Dahmen said. "We need to make people feel that they have it in their hands to choose the vaccine they want. We need to go around the villages with vaccination buses. And most importantly, we need to administer doses in front of testing centers, which are still heavily frequented."

That's exactly where many unvaccinated people can be found, he said, who now need up-to-date tests in many federal states in order to be able to visit restaurants, for example.

Doubts about the new vaccines

Dahmen added that many skeptics distrust the new mRNA vaccines, such as those from the manufacturer Biontech because they no longer work on the basis of small amounts of the pathogen, as other vaccinations do. That's what people know from flu shots, for example.

Dahmen says the biggest hope is the Johnson & Johnson's vaccine, for example, which, unlike most other manufacturers, requires only one dose to be fully protected.

"My experience as a doctor, as many colleagues tell me, is that the Johnson & Johnson vaccine is particularly important for people who are afraid of vaccination and who have doubts,” Dahmen said. "That's because they just have to get pricked once."

Bringing the vaccine to the people, not the other way around, is the Green party politician's concept. The challenge, Dahmen says, is that many people believed that perhaps nothing would happen to them if they did not get vaccinated, despite rising infections. Lawmakers need to counter this misconception more clearly, he says.

"Next year, because of the global situation, everyone who is not vaccinated will become infected. So there is only the choice between infection and vaccination."

It's a statement Germany's federal health minister has repeated time and again but without managing to convince vaccine sceptics. However, the German government  continues to reject the idea of compulsory vaccination for medical personnel, like in France.